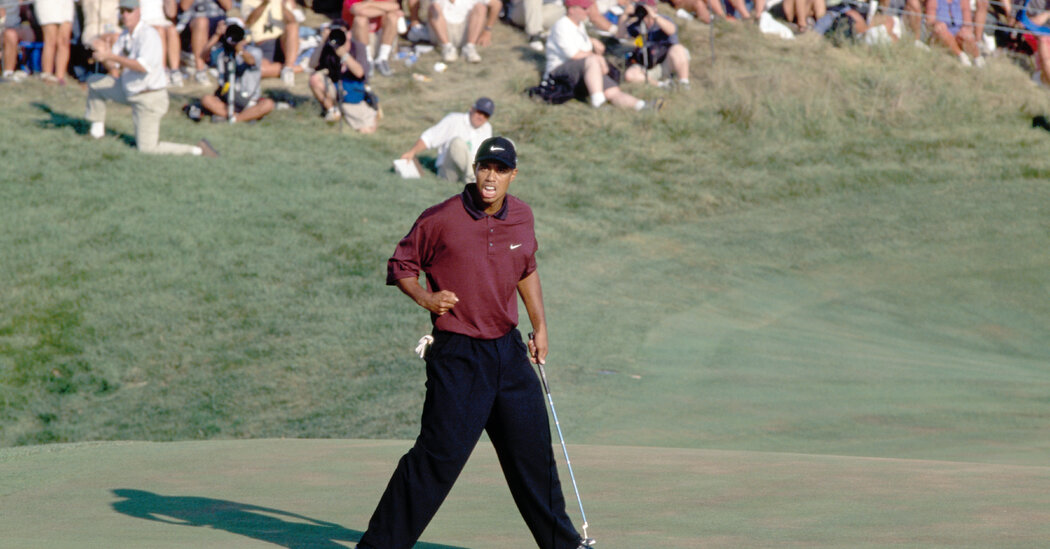 The fans who follow professional golf can cite plenty of memorable moments over the years from the Masters, the United States Open and the British Open.

That isn’t necessarily the case with the least glamorous of the four majors, the P.G.A. Championship, which starts Thursday on the Ocean Course at the Kiawah Island Golf Resort in South Carolina. The P.G.A. is a major nonetheless, and since its format switched from match play to stroke play in 1958, the tournament has featured its share of heroics and dramatic finishes.

Here, in chronological order, are 10 P.G.A. Championships that stand out since the format changed.

After bogeys on 14 and 15, Gary Player of South Africa, a future Hall of Famer, hit his tee shot into the rough on the right on 16 and then had a huge willow tree and a water hazard between him and the green.

Player borrowed a chair from a fan to get a better look at what he was facing. He hit a 9-iron to within three feet of the hole, made the birdie putt, and won by two strokes over Tommy Aaron and Jim Jamieson.

Consider those who were in contention during the final round: Jack Nicklaus, Lee Trevino and Sam Snead, who was 62 years old.

Ultimately, it was Trevino, using a putter he discovered in a friend’s attic, who prevailed by a stroke over Nicklaus to win the first of his two P.G.A.s. After making a bogey on 17, Trevino two-putted for a par at the final hole to hold off Nicklaus. Snead, who won his first P.G.A. in 1942, tied for third.

The P.G.A. was the only major Tom Watson didn’t win in his career. At Oakmont, he came very close.

Watson, who led by five over Jerry Pate heading into the final round, shot a two-over 73 on Sunday. As a result, he found himself in a sudden-death playoff with Pate and John Mahaffey. Mahaffey, after an opening 75, shot rounds of 67, 68 and 66. Each player made a par on the first hole before Mahaffey birdied the second for the victory.

With eight holes to go, Greg Norman enjoyed a comfortable four-stroke lead. He was on track to win his second straight major, having captured the British Open in Scotland a month earlier.

Norman proceeded to double-bogey No. 11. By the time he and Bob Tway, reached No. 18, they were all square. A playoff seemed likely. Tway then made a birdie when he knocked his bunker shot into the hole. Norman missed his birdie attempt for the tie.

John Daly, an alternate who made the field when other players withdrew, shocked the sport with a three-stroke victory over Bruce Lietzke. The manner in which Daly won was a big part of the story. Hitting one booming drive after another, he became the game’s new hero.

Daly, a tour rookie, was an unknown heading into the week. He would win one more major, the 1995 British Open.

Another strong performance for Norman in Toledo. Another heartbreaking finish.

The beneficiary this time was Paul Azinger, who birdied four of his last seven holes to force a playoff with Norman. Both parred the first hole before Norman missed a four-footer for a par on the second. Norman would have been the first player since Walter Hagen in 1924 to capture the British Open and the P.G.A. in the same year.

Tiger Woods won by one stroke for his second major title and first since his triumph in the 1997 Masters. However, it was the play of 19-year-old Sergio Garcia that makes this tournament so memorable; specifically, the shot he hit at No. 16.

With the ball inches from a tree, Garcia hit it onto the green. He ran down the fairway and jumped in the air to see where the ball ended up.

The first P.G.A. of the new century offered an unlikely and most entertaining duel between Woods, the No. 1 player in the world, and an unknown, Bob May.

May pulled off one clutch shot after another over the final nine holes, capped by a double-breaking 15-foot birdie putt at No. 18. Woods followed with a five-foot birdie putt to stay alive and then prevailed by one stroke in a three-hole playoff. May would never win a PGA Tour event.

David Toms had a choice to make.

Leading by one shot on the par-4 18th hole, with his ball in the rough and a water hazard between him and the putting surface, he had to decide whether to go for the green or play it safe. He played it safe. It was the right choice.

Toms hit his second shot short of the water, his next shot landed about 12 feet from the hole and then he made the par putt to edge Phil Mickelson by a stroke. Mickelson had just missed his birdie effort from 25 feet.

Rory McIlroy, the leader by one after three rounds, bogeyed two of his first six holes on Sunday, while other contenders made birdies. Suddenly, McIlroy was down by three.

He turned things around with an eagle at No. 10 and followed with birdies at 13 and 17 to take the lead heading into the last hole. As darkness approached, Mickelson made it exciting, nearly chipping in for an eagle from off the green, which would have tied him with McIlroy.

Loading...
Denial of responsibility! TechiLive.in is an automatic aggregator around the global media. All the content are available free on Internet. We have just arranged it in one platform for educational purpose only. In each content, the hyperlink to the primary source is specified. All trademarks belong to their rightful owners, all materials to their authors. If you are the owner of the content and do not want us to publish your materials on our website, please contact us by email – [email protected]. The content will be deleted within 24 hours.
ChampionshipsMemorableMomentsnews updatePGAsports newssports updatetechi live
0
Share

‘When You Hear the Heart, You Know It’s Your Motor’