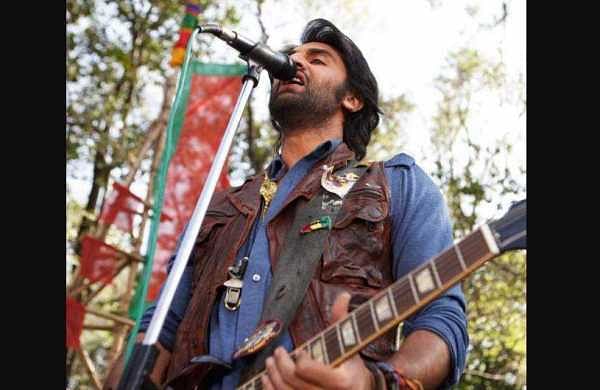 MUMBAI: Imtiaz Ali-directed “Rockstar” starring Ranbir Kapoor completed a decade of its release on Thursday and the team looked back at the film with love and admiration.

The 2011 critically-acclaimed romantic musical drama traces the journey of a college-going student Janardhan who transforms into an angry, lonely rockstar, Jordan as he deals with heartbreak, penury, and rise to fame.

Ali (50), known for directing romantic-dramas like “Socha Na Tha”, “Jab We Met”, and “Love Aaj Kal” took to Instagram Stories to share some moments from his film. “Rockstar” received polarised reactions from critics and audience upon its release but went on to become one of Hindi cinema’s cult classics over the years.

One of the most important factors responsible for the film’s long-lasting impact is the music composed by Oscar-winning musician AR Rahman, whose 14 tracks were woven into the plotline.

Songs like ‘Jo Bhi Main’, which brought out the dilemma of the protagonist, ‘Sadda Haq’ about the artistic angst, ‘Kun Faya Kun’ about understanding music and life, the love ballad ‘Tum Ho’, the search for ‘home’ in ‘Naadaan Parindey’, among others continue to be fan favourites. “Rockstar #10YearsOfRockstar,” Rahman said in a tweet along with a poster of Kapoor from the film.

“Tomorrow is 11-11-21 ten years ago I starred in my first film which released 11-11-11. My life changed drastically after that day! #10yearsofRockstar,” the actor wrote on her Instagram Story a day ahead of the film’s 10th anniversary.

Denial of responsibility! TechiLive.in is an automatic aggregator around the global media. All the content are available free on Internet. We have just arranged it in one platform for educational purpose only. In each content, the hyperlink to the primary source is specified. All trademarks belong to their rightful owners, all materials to their authors. If you are the owner of the content and do not want us to publish your materials on our website, please contact us by email – [email protected]. The content will be deleted within 24 hours.
10 years of RockstarAR Rahmandramaentertainment newsEntertainment updateImtiaz AliMomentsMusical
Share

Can’t Find Your Keys? You Need a Chickadee Brain: Study