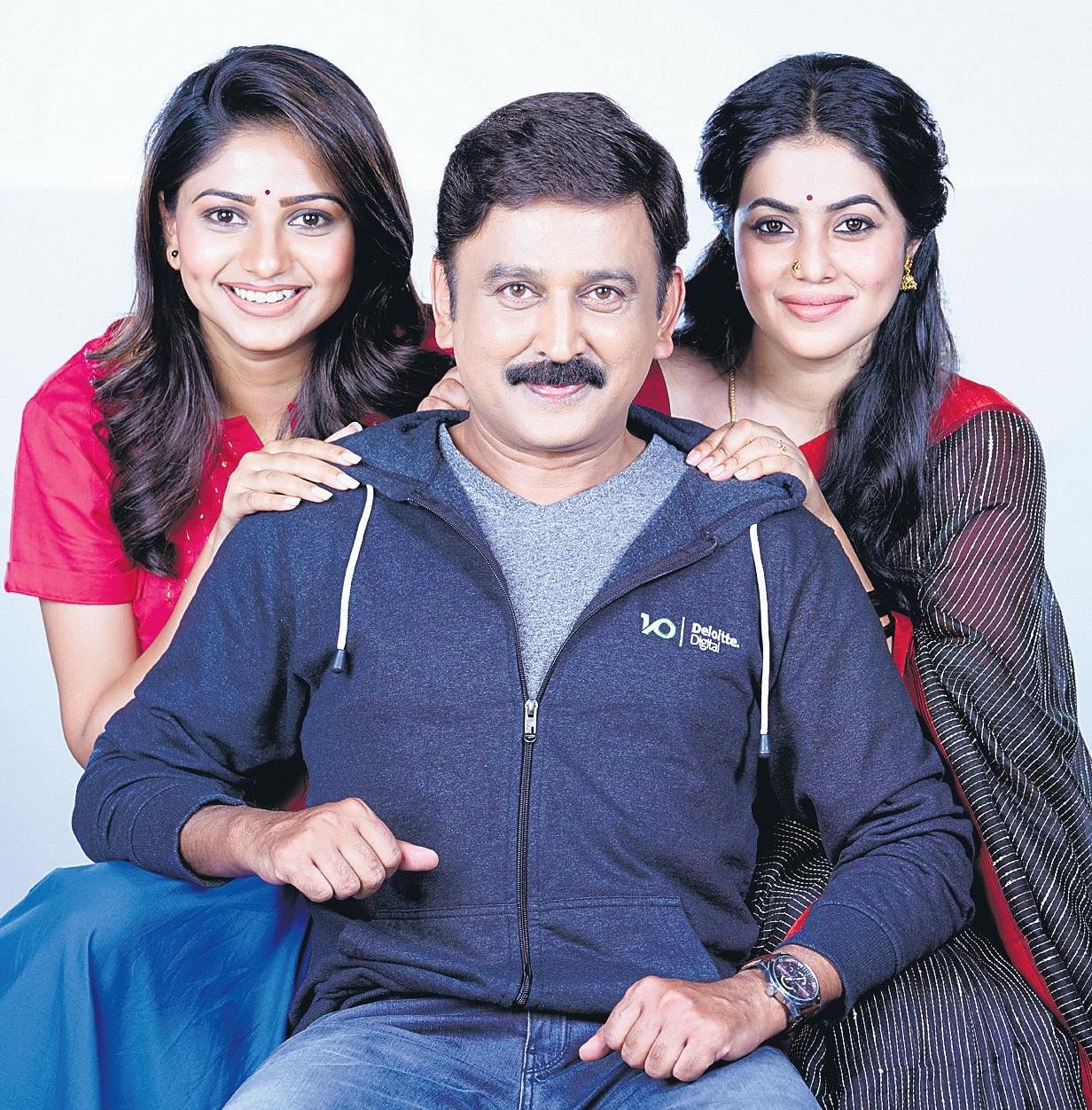 Actor Ramesh Aravind has time and again proved his mettle as a responsible filmmaker, and in 100, the director has dealt with the contemporary topic of cybercrime. The timing of this film is noteworthy considering digital crime is on the rise. 100 is an attempt at sensitising audiences about the crime.

Although adapted from a Tamil film, there are a lot of changes in 100. The film stars Ramesh Aravind as police officer Vishnu, whose integrity is tested when he is deputed to an intelligence bureau, where he is assigned the duty to wiretap calls of top bureaucrats and politicians. The major segment narrates how Vishu goes about leveraging his job to become a vigilante. A police officer, who is a family man, is surrounded by women in his family with a mother, sister Hima (Rachita Ram), wife Anaga (Poorna), and daughter.

The movie subsequently unfolds about his various assignments, and how he crosses paths with one Harsha (Vishwakarna), which turns his family life upside down. The film is also about how he rescues his sister from an online stalker, which eventually ends in a cat-and-mouse game. Combating cybercrime is the need of the hour, and the film’s central theme is about online hackers, which makes it all the more interesting. Ramesh Aravind, narrates an important theme, with able support coming from cinematographer Satya Hegde and music director, Ravi Basrur.

Ramesh, as actor dons the cop’s role with elan, and the performances of his fellow actors, especially rookie Vishwakarna is the strength of the film. Poorna and Rachita Ram too have a strong arc and excel in their respective roles. The comic scenes featuring veteran actor Prakash Belawadi does lighten up the mood of 100. Ultimately, 100, depicting the dark side of social media and obsession with technology, highlights the thin line between our real and virtual worlds. Such will be the impact of the 100 that after watching the film, we might think twice to reveal any personal information on any digital platform.

Denial of responsibility! TechiLive.in is an automatic aggregator around the global media. All the content are available free on Internet. We have just arranged it in one platform for educational purpose only. In each content, the hyperlink to the primary source is specified. All trademarks belong to their rightful owners, all materials to their authors. If you are the owner of the content and do not want us to publish your materials on our website, please contact us by email – [email protected]. The content will be deleted within 24 hours.
100100 Reviewentertainment newsEntertainment updatenews updateRachita RamRamesh Aravindreview
Share