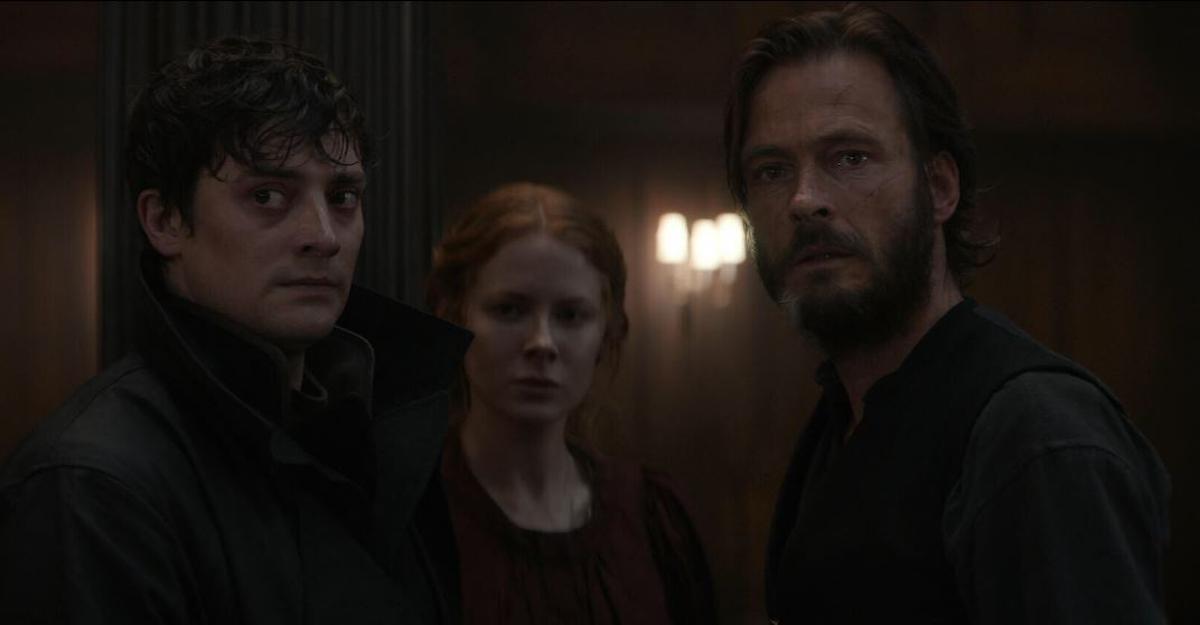 It’s always interesting to see how writers weave an engaging narrative that builds tension, while also meticulously building a larger world. In most of such long-format thrillers, like Westworld and Stranger Things, the pace picks up gradually over a few episodes, reaching its peak towards the end for a grand finale. 1899, which hails from the creators of Dark, begins with a high-tension episode, and it only keeps tugging that chord. It’s quite natural to be wary of such content for they also lose steam quickly. Surprisingly, 1899 is riveting throughout despite a few stumbles.

Runtime: 50 to 60 minutes per episode

Storyline: Mysterious occurrences begin to happen when Prometheus, a lost steamship, sends a signal to its sister ship Kerberos four months after its disappearance

When we see Maura Franklin (Emily Beecham) in the beginning, she’s just one of the many passengers in Kerberos, a steamship on a voyage from Europe to America. Throughout the first episode, there are enough signs to assume that Maura has had a difficult past, memories of which were somehow taken away from her.

But wait, much of the series isn’t about Maura. The world of 1899 is bigger. Much bigger. It’s been four months since Prometheus, a sister ship of Kerberos, was lost in the oceans and all efforts to find the same have failed. The ship that carried more than 1000 passengers somehow manages to send a signal (remember this ship had been stranded for four months in the open ocean) to Kerberos, and Captain Eyk Larsen (Andreas Pietschmann) decides to chase the signal, despite it being seven hours in the opposite direction. When they reach the coordinates and inspect the ghost ship, they find nothing but a small boy carrying a mysterious pyramid. All of a sudden, people onboard Kerberos start dying, one after the other.

It does take more than three hour-long episodes to get here, but mysterious occurrences — massive and minute — occur right from the beginning. In the first episode, for example, there is a scene set in a dining room that is meant to introduce the characters. A few character relationships are introduced, but nothing major happens until, all of a sudden, the occupants of the room take a sip from their teacups at once, almost as if they were programmed to do so. A sense of eeriness sets in.

For the majority of its eight-episode run, 1899 treads a risky path of interspersing a carefully-written plot with tighter subplots. After a point, even when you may not necessarily worry about the bigger narrative — the mystery of what’s going on in the Prometheus and Kerberos — you want to see what happens to these very real characters. And 1899 has many pivotal characters. There’s Ramiro (José Pimentão), a fake Portuguese priest travelling with his Spanish friend Ángel (Miguel Bernardeau). Ling Yi (Isabella Wei) is a Chinese woman masquerading as a Geisha, and travelling with her guardian Yuk Je (Gabby Wong). Jerome (Yann Gael), a French stowaway, Polish stoker Olek (Maciej Musiał), a pregnant Danish woman Tove (Clara Rosager), and mystery man Daniel (Aneurin Barnard) are a few of the many vital characters in this story.

As you can imagine, unlike Dark which was fully in German, 1899 has these characters conversing in a dozen languages and it’s truly fascinating. Ling Yi talks to Olek in Cantonese, while the latter only knows Polish and a bit of English. They both don’t understand a word the other says, and yet end up sharing a lovely bond. 1899 shows that in times of despair, we will find a common language. It’s also commendable how the show’s diversity never comes across as forced, and no preachy political statements are made.

While intriguing humans are on one side, something is unnerving yet fascinating about how physical objects and spaces operate in this world. There are no otherworldly slimes, but you would hesitate walking on hallways and touching cold metal after watching this series. One also feels their heartbeat rising every time a character gets into the many secret shafts in the ship (which is very much like the secret tunnel in Dark).

1899 also likes to tease and hide with its many mysteries and red herrings. Every time you come close to figuring out something, it throws a curveball. Post the fifth episode, it does get tiring when the larger narrative compels you to wait for some more time to see the bigger picture. In fact, despite a lot happening over the episodes, the larger narrative moves so slowly, akin to the illusion of a ship moving on open waters.

Like in the case of Dark, the sound design, music, colour grading, cinematography, and production design all come together quite well to enhance storytelling. Though perhaps a little too intense for its own good, 1899 still offers more than one can bargain for.

1899 is currently streaming on Netflix

Denial of responsibility! TechiLive.in is an automatic aggregator around the global media. All the content are available free on Internet. We have just arranged it in one platform for educational purpose only. In each content, the hyperlink to the primary source is specified. All trademarks belong to their rightful owners, all materials to their authors. If you are the owner of the content and do not want us to publish your materials on our website, please contact us by email – [email protected]. The content will be deleted within 24 hours.
188918991899 best episode1899 explained1899 netflix1899 season 21899 series review1899 tv series
Share