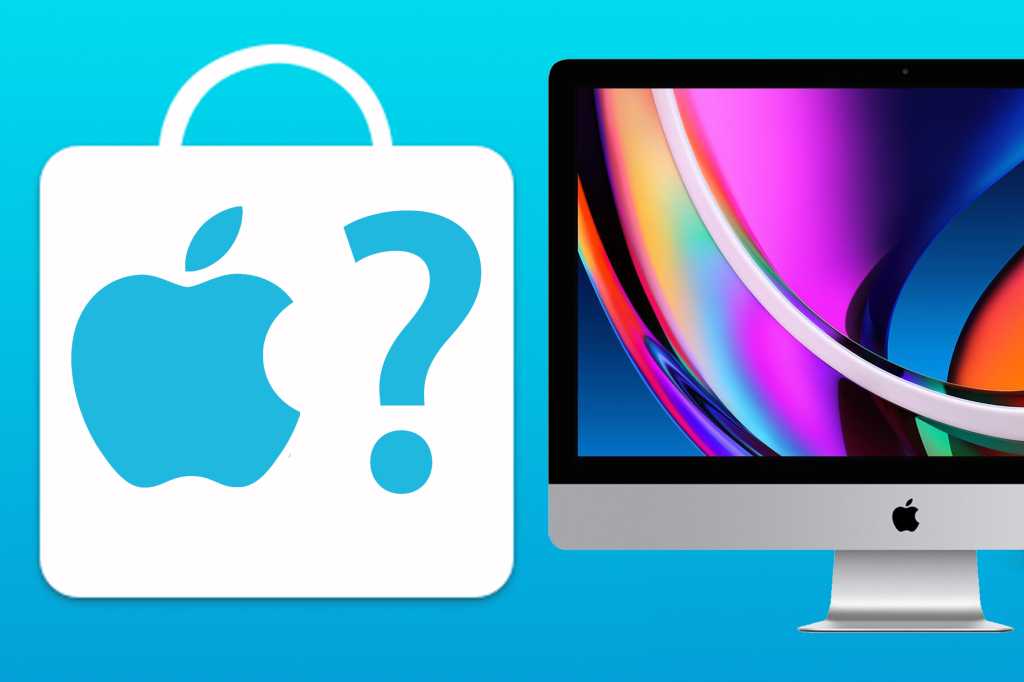 When you think of the Mac, the computer that often pops up in your head is the iMac. The iconic desktop computer is a great combination of price and performance. Even with that, every Mac has a release cycle, and you should ask yourself if this is a good time to buy now or wait until a new version is released. Here’s what we know about the 27-inch iMac and our buying advice.

The 27-inch iMac is one of three Intel Macs left in Apple’s lineup. This model is over a year old, and is built to be a Mac for users who are more demanding than the typical consumer. It’s meant for people who often use high-end creative apps, software development, and other jobs that are processor intensive.

The 27-inch iMac sports the older body and design that has since been replaced with the 24-inch iMac. It has a silver aluminum body that is thick at its center but tapers towards the edges. Its bezels are a lot thicker than those on the 24-inch iMac, and it has a 5K Retina display.

Apple offers three standard configurations, priced at $1,799, $1,999, and $2,299. They come with Intel 10th-generation Core i9 processors, which can be replaced with faster Intel CPUs at an extra cost. For complete specifications, check out our iMac FAQ.

27-inch iMac: Why you should buy

While the 24-inch iMac’s M1 processor outperforms the standard configuration of the 27-inch iMac’s Intel CPU in many tasks, you get far more options with the 27-inch iMac. Apple offers a 3.6GHz 10-core 10th-generation Intel Core i9 processor, as well as 129GB of RAM (the 24-inch maxes out at 16GB) and the option for a Radeon Pro 5700 XT with 16GB of GDDR6 memory. Of course, these things cost extra.

27-inch iMac: Why you should wait

The current Intel 27-inch iMac isn’t actually that old, but the initial design was introduced in a 24-inch model in 2007 (in 2012 the body became thinner), so its design is ancient. You only need to look at the 24-inch iMac to see how stale the 27-inch model is.

Then there’s the recently released new Apple processors, the M1 Pro and the M1 Max that debuted in the 14- and 16-inch MacBook Pros. Rumor has it that the new 27-inch iMac will have these processors, as well as a new Liquid Retina XDR display and a new design. Essentially, the upcoming 27-inch iMac will take the pro-level offerings of the 14- and 16-inch MacBook Pro and puts it in a desktop computer. It’s going to make the Intel 27-inch iMac look even more dated than it already is.

The current 27-inch iMac is going to be replaced—it’s just a matter of time. The new 27-inch iMac is going to be an all-in-one for users who want the highest specs in a desktop Mac. If you buy an Intel-based iMac now, you’ll regret it when you see the benchmarks for the M1 Pro and M1 Mac models that replace it. And then on top of that, you’ll miss out on the new design and possibly a great new display with better image quality and smaller bezels. Hold out for just a little while longer. It’ll be worth it.

Denial of responsibility! TechiLive.in is an automatic aggregator around the global media. All the content are available free on Internet. We have just arranged it in one platform for educational purpose only. In each content, the hyperlink to the primary source is specified. All trademarks belong to their rightful owners, all materials to their authors. If you are the owner of the content and do not want us to publish your materials on our website, please contact us by email – [email protected]. The content will be deleted within 24 hours.
27inchBuygadget updateimactech newstech updatetechi livewait
Share