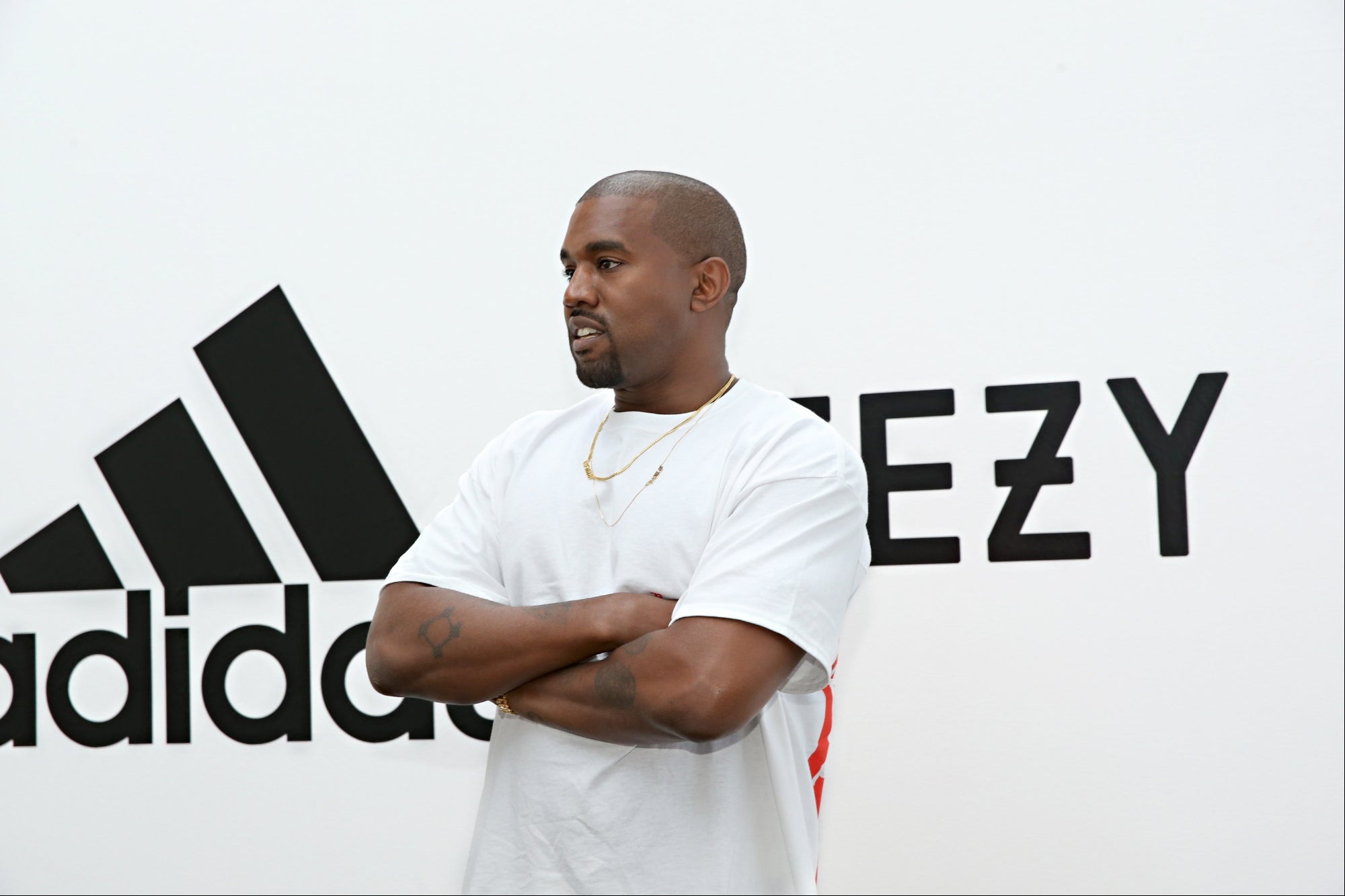 “Adidas does not tolerate antisemitism and any other sort of hate speech… the company has taken the decision to terminate the partnership with Ye immediately,” according to its October 25 news release. That statement conveys a principled and admirable stance against the antisemitism shown by the rapper formerly known as Kanye West after his antisemitic tweet on October 10 that he would go “death con 3 on JEWISH PEOPLE.”

Yet Adidas waited much, much longer than other companies that cut ties with Ye. Even Ye’s own talent agency dropped him before Adidas. In fact, Adidas delayed so long that Ye taunted them on his October 16 appearance on the Drink Champs podcast, saying “I can say antisemitic things, and Adidas can’t drop me. Now what? Now what?”

Adidas faced particular pressure to drop Ye due to its dark past. A German company founded by a former member of the Nazi party, Adidas had an especially strong reason to drop Ye earlier than other companies. Adidas faced mounting pressure from the Anti-Defamation League and other organizations to drop Ye given its Nazi past. A Change.org petition set up by the Campaign Against Antisemitism urging Adidas to sever ties with Ye had gathered 169,100 signatures by October 25.

Yet Adidas refused to drop Ye until all the other companies dropped him. Instead of getting ahead of the problem and dropping Ye immediately after his October 10 anti-semitic tweet, or even his October 16 taunting of Adidas, the company had to be shamed and pressured into cutting its ties with Ye. As a result, Adidas seriously damaged its brand, harming its reputation among anyone opposed to antisemitism.

What explains the poor decision-making by the Adidas leadership? It’s a classic case of the ostrich effect: A dangerous judgment error where our minds refuse to acknowledge negative information about reality. It’s named after the mythical notion that ostriches bury their heads in the sand at a sign of danger. The ostrich effect is a type of cognitive bias, one of many mental blindspots that impact decision-making in all life areas, ranging from the future of work to mental fitness.

The Adidas leadership buried its head in the sand. It refused to acknowledge the growing damage to its brand from Ye’s antisemitism, as well as his prior bad behavior, such as having models wear “White Lives Matter” T-shirts in early October.

Such denialism in professional settings happens more often than you might think. A four-year study of 286 organizations that had forced out their CEOs found that 23% were fired for denying reality, meaning refusing to recognize negative facts about their organization. Other research shows that professionals at all levels suffer from the tendency to deny uncomfortable facts.

Adidas’ denialism likely stems from the cognitive bias known as the sunk costs fallacy. According to Adidas’ statement, the termination of the contract is expected to “have a short-term negative impact of up to €250 million on the company’s net income in 2022 given the high seasonality of the fourth quarter.” Presumably, the impact will be much higher in 2023, over half a billion at least.

The partnership with Ye had a long history since 2013 when the company signed his brand away from rival Nike. In 2016, Adidas further expanded its relationship with the rapper, calling it “the most significant partnership ever created between a non-athlete and an athletic brand.”

In other words, Adidas invested a great deal of money and reputation into its relationship with Ye. That kind of investment causes our minds to feel strongly attached to whatever we put those resources into, and throw good money after bad.

You’ll see this happen often in major projects that are working out poorly, such as Meta’s Metaverse project. Several high-profile industry figures recently criticized Mark Zuckerberg’s efforts. That includes Palmer Luckey, the founder of VR headset startup Oculus, which Meta acquired in 2014 for $2 billion. Luckey said “I don’t think it’s a good product” about Horizon Worlds, Meta’s core metaverse product. He called it a “project car,” a fancy automobile that the owner spends a lot of money on as a hobby. So far, Facebook’s shift to building the metaverse has been costly, with the company last year losing $10 billion on it, and Wall Street analysts expect it to lose more than $10 billion again this year.

Similarly, you’ll see sunken costs in major relationships. That can range from marriages that lasted much longer than they should have to brand partnerships like the one between Adidas and Ye.

The final cognitive bias relevant here is called hyperbolic discounting. This term describes our brain’s focus on short-term, highly visible outcomes over much more important and less visible long-term ones. Adidas didn’t want to take the short-term financial hit to its bottom line by cutting ties with Ye. However, Adidas failed to give sufficient weight to the long-term damage to its brand from failing to do so.

In my consulting, I’ve seen many executives struggling with the same three mental blindspots when they face top performers engaging in bad behaviors, ranging from incivility to sexual harassment and discrimination. Leaders deny it happened because they have so much invested in the top performer, whether a star salesperson or top data scientist and they don’t consider the long-term consequences to the organization’s culture and employee morale.

In fact, it’s easy for anyone to fall for these three cognitive biases when someone whom you value behaves badly. Fortunately, forewarned is forearmed: Knowing about these three mental blindspots means you can watch out for these problems in your own professional and personal life.

Denial of responsibility! TechiLive.in is an automatic aggregator around the global media. All the content are available free on Internet. We have just arranged it in one platform for educational purpose only. In each content, the hyperlink to the primary source is specified. All trademarks belong to their rightful owners, all materials to their authors. If you are the owner of the content and do not want us to publish your materials on our website, please contact us by email – [email protected]. The content will be deleted within 24 hours.
adidasblindspotsBrand Reputationbusiness newsBusiness PartnershipBusiness updatedamage controlDrop
Share