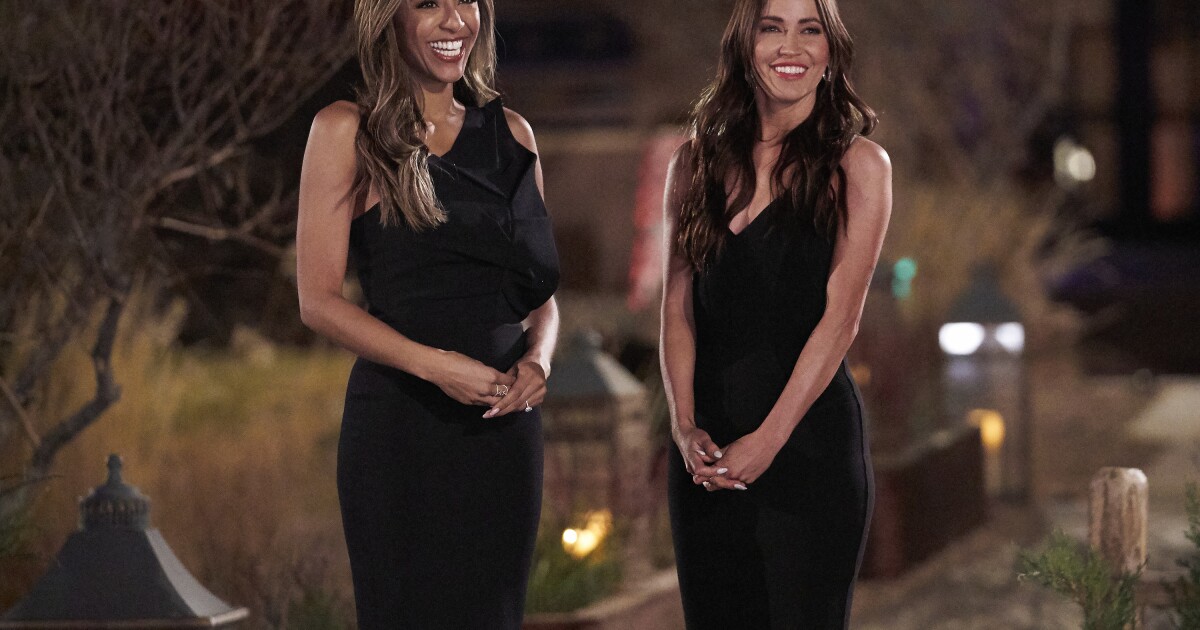 5 key takeaways from the first ‘Bachelorette’ without Chris Harrison

The highly anticipated new season of “The Bachelorette” arrived Monday, as the franchise built around the popular reality series “The Bachelor” hits the reset button following a tumultuous season clouded by racial controversy and host Chris Harrison‘s late-season decision to step aside from the role.

Former “Bachelorettes” Tayshia Adams and Kaitlin Bristowe took over hosting duties for the season, starring new “Bachelorette” Katie Thurston. The hosting duo replaced Harrison after he came under fire last season for racially insensitive remarks he made during an interview. Harrison stepped away before the finale aired, and his future with the franchise remains uncertain. (Harrison is also reportedly being replaced as host of the franchise’s “Bachelor in Paradise” spinoff.)

The last installment of “The Bachelor” featured its first Black star, Matt James. The scandal that came to define the season began when fans unearthed images depicting one of the season’s frontrunners, Rachel Kirkconnell attending an antebellum South-themed party in 2018.

Although James rewarded Kirkconnell with “the final rose,” the couple broke up after James became aware of the incidents. However, James and Kirkconnell have reportedly repaired their relationship and are back together.

Here are five takeaways from the season premiere of “The Bachelorette”:

1. Harrison’s absence went unaddressed. Harrison, who has been the face and voice of the franchise since its debut in 2002, was not mentioned during the two-hour episode, nor were there any references to last season’s turmoil, including Thurston’s crucial role in calling out bullying among some of the contestants.

2. Adams and Bristowe are not “hosts,” exactly — they’re “special guests.” While the pair were initially announced as hosts of this edition of “The Bachelorette,” they functioned in the premiere mostly as a support team for Thurston and were identified as “special guests” in the end credits. “We’re here to help you,” Adams said after she and Bristowe snuck up behind Thurston in a “surprise” before she met her suitors. Thurston seemed overjoyed to see them and appeared to appreciate their advice about how to act and what to expect. They watched gleefully from a window at the Hyatt Regency Tamaya Resort and Spa in New Mexico, where the season was filmed, as Thurston greeted the men. At one point, they ate from a tub of popcorn.

4. The contestants are a diverse group. More than a third of the initial batch of suitors were men of color, though race was not a topic during the episode.

5. Compared to the most recent seasons in the franchise, this “Bachelorette” is pretty tame. The first episode lacked the edgy drama of the most recent “Bachelor” premiere, as James wrestled with the weight of being the first Black male lead of the franchise. It was also absent the upheaval of the last season opener of “The Bachelorette,” when Clare Crawley was immediately smitten with Dale Moss and left the show with him after just a few episodes. (She was replaced by Adams.) It’s also unclear who will emerge as this season’s villain, though there was unspecified beef between Aaron, an insurance agent, and Cody, a zipper sales manager. (Both men are from San Diego and apparently know each other). But judging from the preview clips, the show’s formula of romance and heartache appears to be in high gear.

Denial of responsibility! TechiLive.in is an automatic aggregator around the global media. All the content are available free on Internet. We have just arranged it in one platform for educational purpose only. In each content, the hyperlink to the primary source is specified. All trademarks belong to their rightful owners, all materials to their authors. If you are the owner of the content and do not want us to publish your materials on our website, please contact us by email – [email protected]. The content will be deleted within 24 hours.
Loading...
BacheloretteChrisentertainment newsEntertainment updateHarrisonKeynews updatetakeaways
0
Share

How MindTap Helped a Dental Assisting Instructor – The Cengage Blog