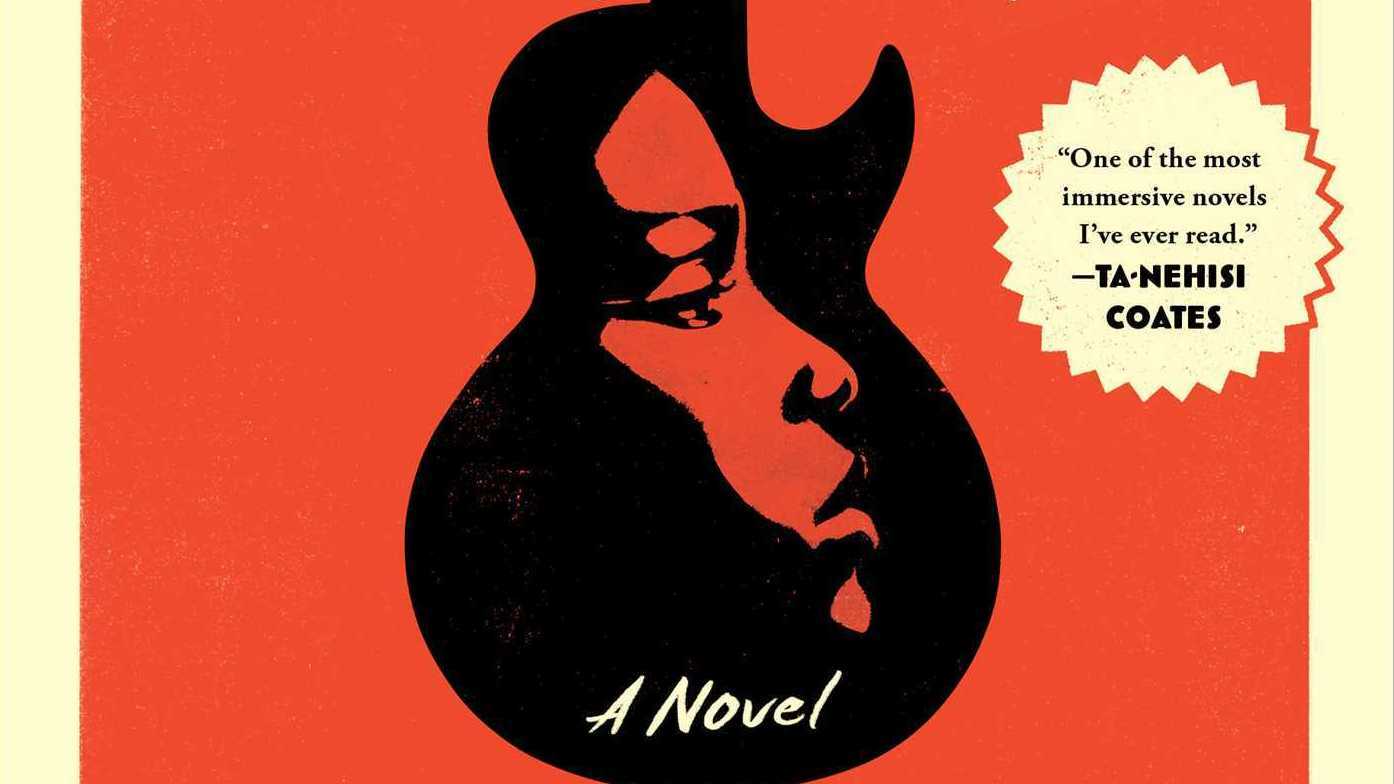 Dawnie Walton left her job as the deputy managing editor of Essence to write The Final Revival of Opal & Nev.

Dawnie Walton left her job as the deputy managing editor of Essence to write The Final Revival of Opal & Nev.

Dawnie Walton was working as the deputy managing editor at Essence in 2015 when she decided to leave her job to become a novelist.

“I had been writing on the sort of edges of my day, waking up at 5:00 in the morning, staying up [late] sometimes if I had the energy after work to to plug away,” she says. “And I just thought, … maybe it’s time to do something completely selfish and and just take this risk.”

Walton’s debut novel, The Final Revival of Opal & Nev, is the result of that risk. The story centers on a fictional interracial rock duo from the 1970s: Opal is a Black proto Afro-punk singer from Detroit, and Nev is a goofy white British singer-songwriter.

Opal and Nev become famous in 1971, when a riot occurs at one of their concerts during which their Black drummer is beaten to death by a white mob. The book is told in the form of a faux oral history that’s being written by Sunny, the first Black editor-in-chief of a music magazine — who also happens to be the daughter of the late drummer.

Walton credits her career in journalism for helping her write the novel: “There’s so much of that career in this book,” she says. “There’s the form itself of the oral history. There’s the Sunny character, the journalist, all of those things really informed a lot of what was on my mind and on my heart.”

On listening to and loving a wide variety of music

I was really from a family who were music lovers. My grandparents love jazz artists and my parents were into conscious soul, Marvin Gaye, Stevie Wonder. So I had a wonderful grounding in Black American music of all forms. And I loved all of that. And when I was a teenager, my curiosity went to different places. So this was in the early ’90s when Nirvana broke through and changed absolutely everything. And I was drawn to that music because it felt taboo to me. It felt exciting to me and a little bit scary to me in a way that was strangely appealing, alternative rock, indie rock and a lot of music out of the UK. The problem with that was that I rarely saw myself reflected in it. In my hometown, there was an all ages dance club that played a lot of this music and I was often one of the only Black girls there, usually was the only Black girl there. And that was difficult for me. And it had me questioning who I was.

On Opal and Nev, the fictional duo at the heart of her novel

Opal is a Black American woman from Detroit. She’s a singer and she’s not the best singer, but she definitely has an “X” factor, that thing that you can’t put a finger on that makes her fascinating to watch. She’s a wonderful performer and Nev sort of discovers her at a Detroit amateur hour. He’s a white Englishman from Birmingham and he’s a bit of a quirky songwriter. He starts in the folk tradition, but he has some chameleonic tendencies. So as trends change, as music changes, Nev tends to change with those things. And they get famous together in 1971 through a riot that occurs at one of their concerts and it launches them into a spotlight and they become a little radicalized. So they’re making music that’s a little ahead of their time, a little bit punk, and it’s very political in nature. And they are only able to last for a couple of years that way, and then they sort of go their separate ways.

On the real musicians who inspired Opal and Nev

For Opal, I had three [musicians] that were really key inspirations for me. There was Grace Jones, mostly for her style and her performance art. There was Nona Hendryx, who is one third of the group, Labelle, who were a great funk rock trio in the 1970s. And Nona was sort of the songwriter of the group and also probably the most political of the group. And then there was Betty Davis, who was an early ’70s funk star on the downtown New York scene.

I was thinking about Lynyrd Skynyrd. They are from Jacksonville … That is where I’m from, and they went to Robert E. Lee High, which was the high school I would have been zoned to go to, except I went to a public magnet school. And Lynyrd Skynyrd, where I’m from, were huge. You would go to any kind of concert and people would just start randomly screaming “Freebird!” And the Confederate flag, growing up, I would see it everywhere. You would see it and gas stations on key chains at the front counter, you would see it on bikinis at the beach.

I have the record label head, Howie, in the book talking about how he thought it was just another slice of Americana, because it’s shown in Gone with the Wind. It’s on the General Lee, the car that’s the star, basically, of the Dukes of Hazzard. And I remember being young and watching The Dukes of Hazzard with my cousins and not knowing what that thing was on the top of the car. And my parents not wanting to lay all this heavy stuff on me about what it meant, and wondering why they seemed a little uncomfortable with us watching The Dukes of Hazzard, and it was all things that I grappled with when I got older … when I left the South, when I lived in other places and would see it.

On how attending Florida A&M, an HBCU, changed her life

It was the best decision I think I have ever made in terms of decisions for myself and my career and my education. It was the place where I feel like my identity finally came together and my confidence came into play and my comfort with myself as I stepped out into the world — my HBCU experience, I credit it with that very much. …

In my high school experience, I had a lot of white friends and I felt a little different when I was among Black people my age and I was projecting this onto them, I realize now I thought that they thought that I was weird or an “Oreo” or not happy in myself somehow or a little sad. I think that going into a Black college experience, just being disabused of all that and understanding what a beautiful thing it is to be able to be your whole self all the time, there was nothing like it. I could never talk about race in that same way with the white friends I had in high school, as much as I love them. There had been moments that had made me uncomfortable. There were comments sometimes that were made that made me uncomfortable and I would just kind of swallow them down, and to not have that experience anymore, to be able to bring everything that I was — including the weird music — … that was a huge epiphany for me. And to create that kind of community in college has been one of the gifts of my life and taught me a lot about moving forward in my life and the kind of community that I want to have around me, and that brings me peace and strength.

Sam Briger and Kayla Lattimore produced and edited this interview for broadcast. Bridget Bentz, Molly Seavy-Nesper and Petra Mayer adapted it for the Web.

Denial of responsibility! TechiLive.in is an automatic aggregator around the global media. All the content are available free on Internet. We have just arranged it in one platform for educational purpose only. In each content, the hyperlink to the primary source is specified. All trademarks belong to their rightful owners, all materials to their authors. If you are the owner of the content and do not want us to publish your materials on our website, please contact us by email – [email protected]. The content will be deleted within 24 hours.
Loading...
70sdebutentertainment newsEntertainment updateJournalismmusicNevnews update
0
Share

One of Roxane Gay’s Go-To Recipes