Notice: amp_is_available was called incorrectly. `amp_is_available()` (or `amp_is_request()`, formerly `is_amp_endpoint()`) was called too early and so it will not work properly. WordPress is currently doing the `pre_get_posts` hook. Calling this function before the `wp` action means it will not have access to `WP_Query` and the queried object to determine if it is an AMP response, thus neither the `amp_skip_post()` filter nor the AMP enabled toggle will be considered. It appears the theme with slug `publisher` is responsible; please contact the author. Please see Debugging in WordPress for more information. (This message was added in version 2.0.0.) in /home/runcloud/webapps/techilive/wp-includes/functions.php on line 5313
 7,217 more cases logged on Mindanao surge - BusinessWorld - TechiLive.in 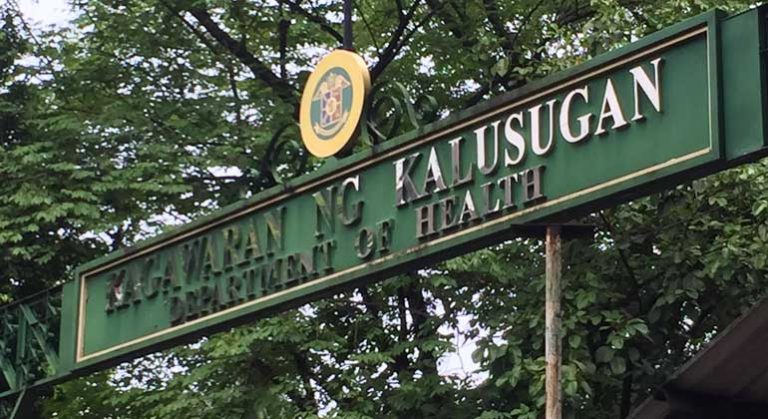 THE DEPARTMENT of Health (DoH) reported 7,217 coronavirus infections on Thursday, bringing the total to 1.25 million, amid a fresh surge outside the capital region.

It said 34 duplicates had been removed from the tally, 16 of which were tagged as recoveries. A total of 141 recoveries were reclassified as deaths. Four laboratories failed to submit data on June 1, the agency said.

Earlier in the day, health authorities flagged rising infections in Mindanao and the rest of the Luzon region.

Health Director Alethea de Guzman said the average daily cases in past seven days stood at 6,691, higher than 5,214 a week earlier. The infection rate also rose to 12.7% 12.6%, she told an online news briefing.

She cited a slight increase in cases in Metro Manila, Bulacan, Cavite, Laguna, Rizal and the Visayas. Coronavirus infections in Mindanao were also increasing fast.

“Mindanao cases as a whole have outpaced the number of cases we are seeing now in the rest of Luzon and even in the National Capital Region (NCR),” she said, adding that people have been ignoring health protocols.

Mindanao had 11,322 active cases as of June 2, according to the Health department’s tracker website, higher than the 10,174 active cases in Metro Manila.

The average daily deaths in May fell to 77 from a peak of 111 in April, she said.

About 12.7 million Filipinos have been tested for the coronavirus as of June 1, according to DoH’s tracker website.

The coronavirus has sickened about 172.4 million and killed 3.7 million people worldwide, according to the Worldometers website, citing various sources including data from the World Health Organization.

About 155.1 million people have recovered, it said.

The President spoke at a virtual international summit on Wednesday night where he urged other countries to correct the imbalance “or there will be no real and inclusive global recovery to speak of,” the presidential palace said in a statement on Thursday.

“It is our moral responsibility to help each other and face this crisis with greater solidarity and urgency,” he said. “While modest, our contribution demonstrates our firm commitment to this global fight against COVID-19 (coronavirus disease 2019).”

Mr. Duterte earlier said the Philippines would donate $1 million to a global initiative for equal access led by the World Health Organization to reciprocate the goodwill of Manila’s vaccine donors.

He also encouraged more countries to contribute to the vaccine-sharing facility, which supports low-income countries.

The summit was co-hosted by Japan Prime Minister Yoshihide Suga and Jose Manuel Barroso, who heads the board of a global alliance for vaccines and immunization.

The tough-talking leader in February accused the European Union of holding up coronavirus supplies from other countries, citing the bloc’s export rule that requires drug makers to obtain permission first before shipping vaccines outside the region.

Meanwhile, more than 5.3 million coronavirus vaccines have been given out as of June 2,  presidential spokesman Herminio L. Roque, Jr. told a televised news briefing.

More than four million Filipinos have received their first dose, while 1.2 million have been fully vaccinated.

In a related development, Science and Technology Undersecretary Rowena Cristina L. Guevarra said a local study on the safety and efficacy of mixing and matching different coronavirus vaccine brands would start next month.

Proponents from the Philippine Society for Allergy, Asthma, and Immunology will seek clearances this month from local drug regulators to conduct the clinical trials, she told a separate televised briefing.

Ms. Guevarra said the vaccines made by Sinovac Biotech Ltd., Pfizer, Inc., AstraZeneca Plc and Moderna, Inc. would be used in the study.

The study will last 18 months and involve 3,000 participants aged 18 years and above. Participants will come from the priority groups of the government’s coronavirus immunization program, she added. — Vann Marlo M. Villegas and Kyle Aristophere T. Atienza

Denial of responsibility! TechiLive.in is an automatic aggregator around the global media. All the content are available free on Internet. We have just arranged it in one platform for educational purpose only. In each content, the hyperlink to the primary source is specified. All trademarks belong to their rightful owners, all materials to their authors. If you are the owner of the content and do not want us to publish your materials on our website, please contact us by email – admin@techilive.in. The content will be deleted within 24 hours.
BusinessWorldCasesEducation newsEducation updateloggedMindanaonews updatesurge
0
Share