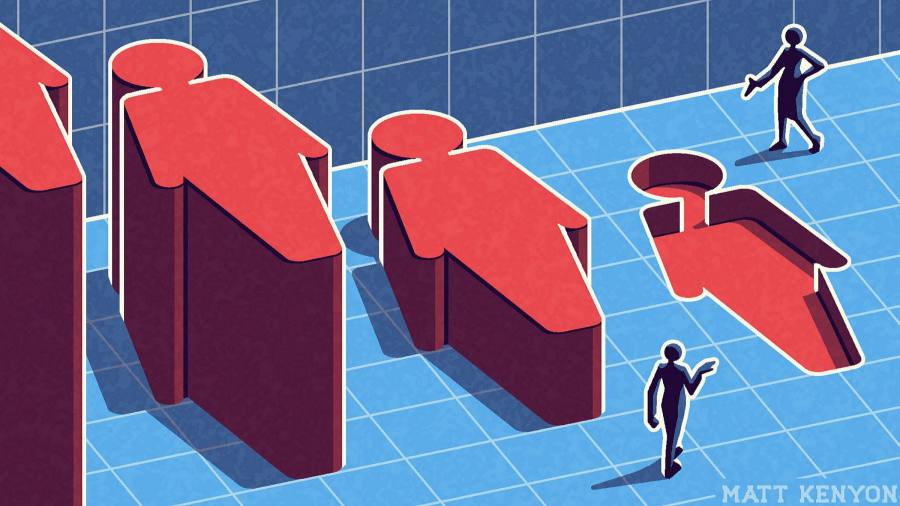 A midlife crisis takes shape in the US

Demographics is destiny. For decades, America has enjoyed the economic and geopolitical fruits of its high birth rate. Between 1990 and 2010, fertility levels in the US were higher than the average for any developed country with the exception of Israel, Iceland and New Zealand.

So what does it mean that the US birth rate is on track to plunge below the recent trend rate of Europe? In 2007, just before the great recession, the US total fertility rate, meaning the number of births that a woman is expected to have in her lifetime, was 2.12. By 2019, just before Covid-19 struck, it had fallen to 1.71.

Provisional CDC data from 2020 shows that the total fertility rate has since dropped to a record low of 1.64, roughly the rate in Europe over the past five years. If the current trend holds, as it is likely to given last year’s lockdown (it’s a bit tougher to get pregnant during a pandemic unless you were already with a partner), then the New World may have lower fertility than the Old as soon as this year.

So much for what the economist Nicholas Eberstadt dubbed America’s “demographic exceptionalism”. For decades, the US birth rate helped buoy growth, which is a function of people and productivity, and global status. But according to a new report by the Global ageing Institute and the Terry Group, entitled “The End of US Demographic Exceptionalism”, all the factors that have propelled America’s outlier fertility — from immigration and religious faiths to long-term economic optimism — are now in decline.

The report’s author, Richard Jackson, head of the GAI, notes that a degree of humility is required among demographers (“nobody saw the Baby Boom coming”). Yet there is little reason to think that the birth rate in the US is going back up any time soon.

Yes, the massive post-Covid stimulus has buoyed animal spirits. But the Millennials “are a scarred generation”, says Jackson, having come of age during the great financial crisis of 2008 and the pandemic. “People tend to have children when they feel they are economically secure,” he notes. For young people loaded with debt, unable to buy homes and start families on the same timetable as their parents, that feeling is elusive.

The decline in birth rates has been particularly steep among Hispanics, which Jackson and some other experts attribute to a feeling of economic and cultural vulnerability, which was certainly heightened during the xenophobic years of Donald Trump’s presidency. Net immigration, which bolsters the overall fertility rate, has declined to roughly half of what it was five years ago, even as the cost of having a child and caring for it has increased.

President Biden has, of course, made healthcare, education and childcare a huge priority for his administration. This is good for job creation and productivity, and may also help the birth rate at the margins if women feel that it’s easier for them to balance work and family.

But the record of “pro-natal” policies to increase fertility is spotty. Many countries in Europe, for example, have a far better social safety net and state-funded childcare systems than the US, and yet smaller families have become the new normal.

It may be that bolstering growth in general, and thus a sense of economic optimism, is ultimately a better way to kick up the birth rate, an argument that Republicans concerned about the Biden stimulus plan have been making.

This goes to the fact that the US will need creative, bipartisan thinking to address the magnitude of its demographic slowdown, and the potential economic and geopolitical consequences. Declining demographics, and the costs associated with them (such as caring for the elderly and the debt burden from Medicare and Social Security), are a big reason that the Congressional Budget Office predicts lower productivity and slower growth for the US in the future.

Getting women who’ve taken a disproportionate hit from Covid-19 related unemployment back in the workforce is an important way to shift the tide. But so is making immigration less restrictive, and finding ways to put older people who have high levels of education and experience back into the labour market. “Older people are not only America’s greatest underutilised resource, but also the fastest-growing segment of the population,” says Jackson.

We need them, and they need work. The post-pandemic asset boom coupled with labour force disruptions have led many boomers to retire earlier than they might have. But given that the median retirement savings in 2019 for Americans between the ages of 55 and 65 was a mere $144,000 per household, it’s hard to imagine that working longer isn’t the new normal.

The public sector could help to nudge older people into the workforce with policy tweaks like reduced payroll taxes for the elderly, or by making Medicare, rather than private insurance, the priority healthcare for older Americans.

Currently, private insurance is the first port of call for those still employed. This creates costs for companies, which might be willing to hire more older people if they weren’t also taking on the direct burden of their healthcare costs.

For most of its history, the US has been obsessed with youth. Its future may be defined by how well it ages.

Denial of responsibility! TechiLive.in is an automatic aggregator around the global media. All the content are available free on Internet. We have just arranged it in one platform for educational purpose only. In each content, the hyperlink to the primary source is specified. All trademarks belong to their rightful owners, all materials to their authors. If you are the owner of the content and do not want us to publish your materials on our website, please contact us by email – [email protected]. The content will be deleted within 24 hours.
Loading...
crisisEducation newsEducation updatemidlifenews updateshapeTakestechi live
0
Share