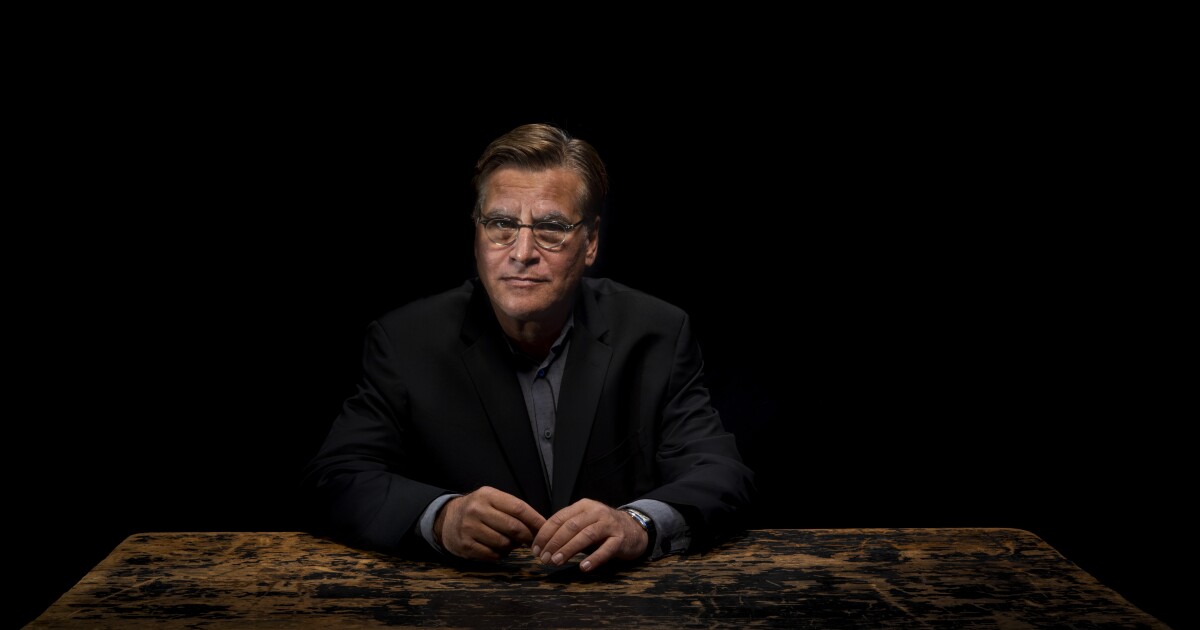 Aaron Sorkin is “furious” about the abusive behavior that got Scott Rudin effectively kicked out of Hollywood and off of Broadway. He took it personally. And he hasn’t said anything about it until now, because the producer, a former associate, is “lying flat on the mat right now, and I don’t know how it’s helpful for me to stand on his torso and kind of jump up and down.”

So said the writer in a new interview with Vanity Fair published Thursday, his first remarks on the situation since “absolute monster” Rudin’s decades of mistreatment of assistants, interns and others was revealed in by the Hollywood Reporter.

“Listen, I think Scott got what he deserves,” Sorkin said, noting that he took it personally because those who suffered the abuse were likely working at times on his projects.

But he kept his mouth shut at the height of the drama, he said, because he “just felt like to say something, to be quoted saying, ‘This is unacceptable. There have to be consequences,’ that kind of quote, it felt like protection insurance to me.”

Rudin was executive producer on Sorkin’s Tony-winning stage production of “To Kill a Mockingbird,” which reopens at New York’s Shubert Theatre next week with original cast members Jeff Daniels and Celia Keenan-Bolger.

Theaters had been closed for nearly a year and a half due to the pandemic. Sorkin and Rudin also collaborated on the movies “The Social Network,” “Steve Jobs” and “Moneyball” and HBO’s series “The Newsroom.”

Sorkin confirmed that the disgraced producer, who resigned from the Broadway League in April and stepped back from Hollywood around the same time, was no longer involved with “Mockingbird” other than his stake as an investor, which would “continue to be honored.”

However, Sorkin emphasized, Rudin is “not pulling the strings from backstage.”

“I know apologizing is not, by any means, enough,” Rudin said in an April email to the New York Times. “In stepping back, I intend to work on my issues and do so fully aware that many will feel that this is too little and too late.”

Rudin’s other stage credits include “The Book of Mormon” and recent revivals of “Hello, Dolly!” and “West Side Story.” The Hollywood Reporter’s investigation alleged decades of abusive behavior, including smashing a computer monitor on an assistant’s hand after the assistant couldn’t get the producer a seat on a sold-out flight.

“I have my own experience with Scott, and it’s a higher class of bullying, but I get it,” Sorkin told Vanity Fair. “The stories that I had heard over the last 12 years were the kinds of things that — they could have been scenes from ‘The Devil Wears Prada,’ there was no violence.”

Since April, many of Rudin’s former collaborators, including Sorkin, have been criticized for not speaking up about the situation.

“I saw in those articles that we’re talking about that my name would always be part of a list of people who have chosen to remain silent, with the implication being that we somehow endorse what Scott did, or we don’t think it’s a big deal, or we want to make sure we’re able to work with him when and if he makes a comeback …,” the writer said.

“And the reason I didn’t was, again, he’s flat on the mat, and I couldn’t think of anyone who would benefit from my saying something but me. That I get to stand there and say, ‘Hey, I’m with the good guys.’ And it just didn’t feel right to do that.”

Denial of responsibility! TechiLive.in is an automatic aggregator around the global media. All the content are available free on Internet. We have just arranged it in one platform for educational purpose only. In each content, the hyperlink to the primary source is specified. All trademarks belong to their rightful owners, all materials to their authors. If you are the owner of the content and do not want us to publish your materials on our website, please contact us by email – [email protected]. The content will be deleted within 24 hours.
Aarondownfallentertainment newsEntertainment updatehesMonsternews updateQuiet
Share