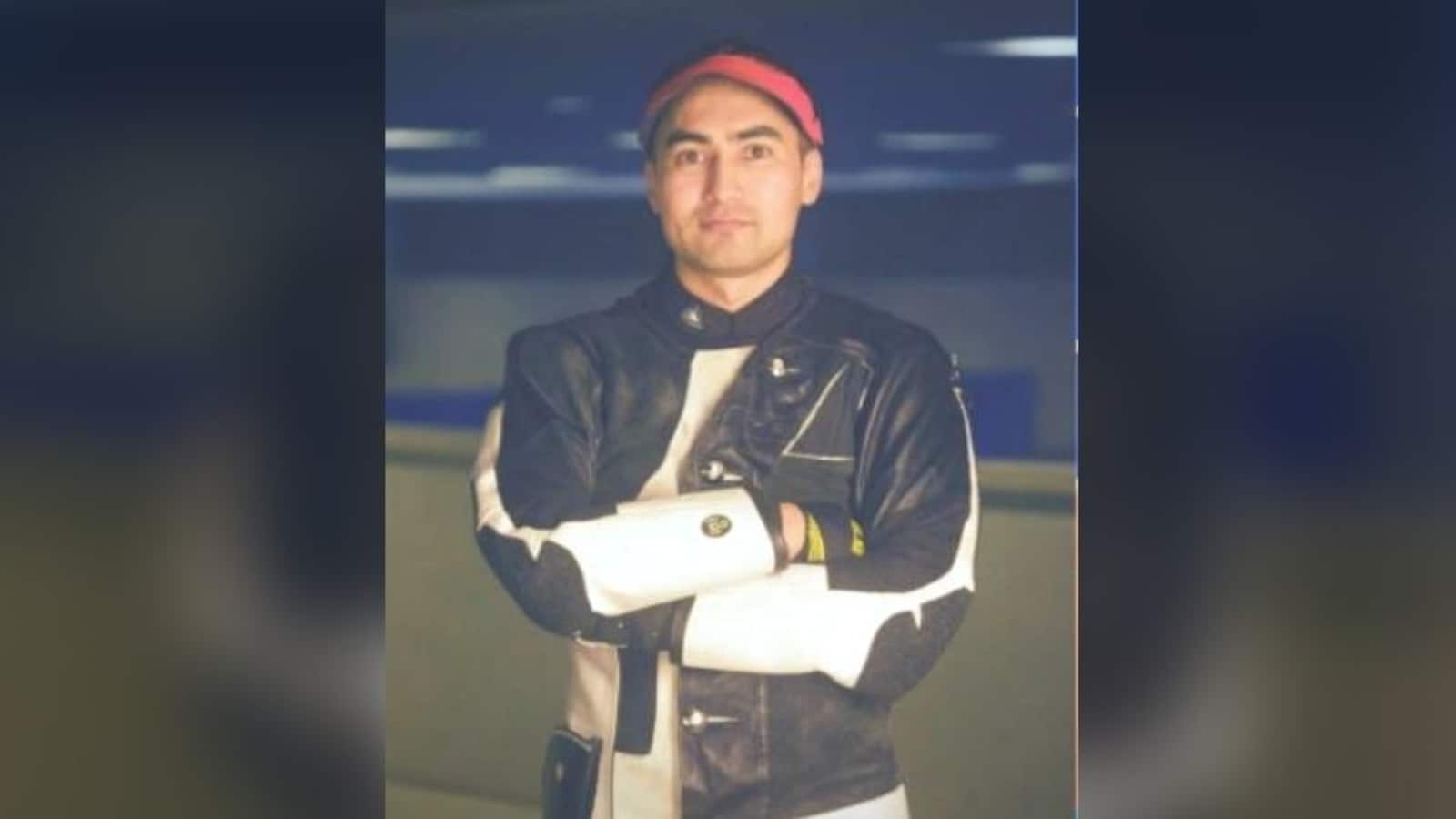 In December 2019, when in Bangalore, he was just Mahdi. A refugee going by one name, a metal worker who lived alone in Lausanne, and who was, curiously, trying to master the 10m air rifle in India. Today his full name, Mahdi Shojaei is first on the international shooting federation’s Olympic Games qualification list of the 350-odd shooters who will compete in Tokyo: as the first shooter from Afghanistan, the country of his birth, at an Olympic Games. The hazy dream which from March 2019 had propelled Mahdi’s life through unexpected routes is now a few days away from taking shape in the airy silence of the Asaka shooting range.

From March 2019, Mahdi was part of triple Olympic gold medallist Niccolo Campriani’s Taking Refuge programme. Triple Olympic gold medallist Campriani, now IOC Senior Sports Intelligence manager, dreamt of preparing three refugees from the canton of Vaud in Switzerland for 500 days for a shot at qualification for the IOC’s refugee Olympic team. In 2019, Mahdi and Khaoula, who only identified herself as Arab, travelled to Bangalore to work with the Abhinav Bindra Targeting Performance Centre. Their teammate Luna Solomon, from Eritrea remained in Lausanne due to pregnancy.

Mahdi, 22 was a quiet, serious young man, his smile an infrequent sunbeam out of a European winter. His life had been spent walking thousands of kilometres–first as a child from Afghanistan to Iran, then later to Turkey, before seeking asylum in Switzerland. His chance encounter with Campriani’s grand design–a mailbox flyer for every refugee in Vaud – shifted the axis of his existence.

“I didn’t think that I could ever be an Olympic athlete,” he said in Bangalore. “But I think always one day I can do something different…for my country, my family. I have this dream always. When I go to bed, I sleep with this dream.”

Today, that dream is his life. In June, Mahdi received a 40-second video message from the head of the Afghan Olympic federation, announcing his spot on the Afghan contingent for Tokyo on the back of consistent competition scores. Campriani showed Mahdi the video at the Taking Refuge centre, called Nicco’s Corner, a thin slice of Lausanne’s World Archery Excellence Centre.

From a video link from Nicco Corner, Mahdi is beaming: “First thing I feel is responsibility, the first thing. Then all the training and the time from when I started, I remembered it all in five seconds.”

Mahdi will be one of just five Afghans going to Tokyo. Previously, he’d found a way to cope with the Olympic postponement: “I decided not to think about the future, to focus on now. Just now, to do my best now. That helped me to not have a stressed mind.” The video from Kabul poleaxed him. “The problem now is I am stressed. It’s one month now, I am different. I try to do my best, but something is different… Now I more stress than before because I know now that’s me. For my country. I want to do my best, but I feel nervous, I feel stress.”

Mahdi being on edge is natural, Campriani says, “he is going through the full Olympic experience.” His own Olympic experience, three-times over, was similar. “It was always jumping back and forth between ‘I am ready’ and ‘this is pure panic’.”

Among the Taking Refuge shooters, it was Solomon who made it to the IOC refugee squad, the postponement giving her enough time to return to training after the birth of her son Thomas. As much as Mahdi feels pride in representing Afghanistan, he says he will always belong to Nicco’s Corner, “I know I will not be in the refugee team but my heart is always here. We are one team.” The refugee life had been Mahdi’s entire existence, and in Tokyo, he said “I will represent my country and all the refugees in the world.”

Taking Refuge is what took Mahdi back to Afghanistan when the team needed official identification enabling his travel outside Switzerland for his first competition. He had arrived in Switzerland with no papers and in order to extract a passport out of Afghanistan meant finding relatives on his father’s side in Kabul. The exercise involved the Afghan diplomatic corps in Switzerland, its Olympic committee in Kabul and an indefatigable IOC official called Irina Gladkikh activating contacts and networks and, even finally locating the lost passport packet in DHL’s office in Bonn in time. “We were sort of determined to find solutions,” she said.

It is from those days of persistent and anxious phone calls and paperwork that Mahdi took the first steps to his implausible place on the Afghan Olympic contingent. Mahdi is translating Solomon’s French for me about an older self cast aside, a new identity found through shooting. There must be something in the air over Nicco’s Corner, because Mahdi too talks of the person he has become, “There is something, I can feel it, it is very strong. Mentally. When there is something wrong, I have more patience. I am stronger. Before I was not like this.”

Campriani remembers that ‘before’. In early 2019, he introduced Mahdi to a restaurant owner as his friend, an athlete preparing for Tokyo. Mahdi couldn’t stop smiling. “I have never had a label of my own life,” he said. “If I have to pick a label I like,” Mahdi says, “athlete is the best.”

Loading...
Denial of responsibility! TechiLive.in is an automatic aggregator around the global media. All the content are available free on Internet. We have just arranged it in one platform for educational purpose only. In each content, the hyperlink to the primary source is specified. All trademarks belong to their rightful owners, all materials to their authors. If you are the owner of the content and do not want us to publish your materials on our website, please contact us by email – [email protected]. The content will be deleted within 24 hours.
Abhinavabhinav bindraAfghanBindradreamMahdi ShojaeiMahdi Yovarinews update
0
Share