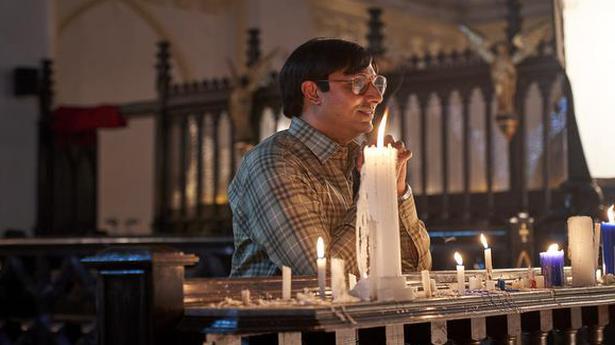 Abhishek Bachchan on changing his thought process for ‘Bob Biswas’

Abhishek Bachchan discusses playing a ‘soft’ assassin in ‘Bob Biswas’, the upcoming spin-off on ‘Kahaani’, and why, as an actor, his thought process has changed

There comes a point in life where you feel you hit stagnation; where the pause is perpetual, sometimes even questioning yourself if you have lost the sense of objectivity. It is only natural for an artist or any creative person for that matter to elbow their way through the odds stacked against them. Somewhere around 2016, Abhishek Bachchan realised he was not satisfied with the kind of work he was doing, although some of his films during that interval were successful.

He was brave to take a pause when he realised he had “slipped into his comfort zone” and came back with Manmarziyaan in 2018, in which his performance as Robbie was highly appreciated.

Having been in the business of acting for 21 years, Abhishek says he wanted to recalibrate and come back and do the work that excited him. “As an actor, you cannot always be in your comfort zone. Sometimes you have to push your limits and if needed, stick your neck out,” he says.

It is only fair to say that Abhishek has loosened up as an actor with some interesting choices: Ludo, Breathe: Into the Shadows and The Big Bull. He is now in the spin-off Bob Biswas, based on an assassin character from the Hindi thriller Kahaani, directed by Sujoy Ghosh. He is also acting in the Hindi remake of Tamil experimental Oththa Seruppu Size 7.

There is a slight excitement in his voice at the mention of whether we are witnessing Abhishek 2.0 where he is reinventing his career. “Not exactly reinventing but enjoying myself doing the work I like. Thankfully, I am also getting the work I personally want to do,” he says, ahead of Bob Biswas, releasing on Zee5 on December 3.

What did you think of ‘Kahaani’ and Saswata Chatterjee’s performance as the original Bob Biswas?

I hadn’t seen Kahaani when I started shooting this film. I only ended up seeing the film during the lockdown for the first time. By that time we had almost finished most of the shoot. To have such a great impact in such a short time is testimony enough. It is a wonderful character, wonderfully written and performed.

Spin-off as a concept is still relatively new in Indian cinema. What were your thoughts when Diya came to you with this idea about making a standalone film?

I had signed on the film before I read the script. It was an emotional decision to make. But the kind of person I am, I tend to put relationships ahead of the professional game. Sujoy [Ghosh] is a very dear friend and when I got to know that Diya [Annapurna Ghosh] was making the film, it was obviously a ‘yes’. I was thankful and relieved when I heard the script because it was a great script and a great role. We never really discussed whether spin offs work. The focus was on making a good film.

You seemed to have killed the physicality of Bob Biswas. Was there a point during the course of the making where you felt you cracked the mental side of the character as well?

But how different would you say the process was for Bob Biswas?

The quest is always to do stuff you haven’t done before. Enumerating exactly that is difficult because you are dealing with emotions. A character like Bob Biswas really interested me because he is a bundle of contradictions. He is so gentle, soft-spoken and sweet, but there is also another side. That really appealed to me. There is nothing straightforward about him.

The film also seems to deal with the moral dilemmas that Bob Biswas faces. As an actor, do you have such dilemmas when you play characters that are morally-flawed?

Yes, I do. Of late, my entire thought process has changed. I decided not to do a film which my family couldn’t sit down and watch — but that is a personal choice. I do believe that I have certain moral responsibilities when it comes to work. Part of being an actor is the fun of getting to live lives you will not live personally. There is that fun aspect of it but I do understand the responsibility I have. But this is my personal belief.

‘Bob Biswas’ is written by Sujoy, and directed by Diya. To whom does the film belong?

I would say it belongs to Bob Biswas and me (laughs).

Even though some films might not have done well, it is fair to say that you have stayed committed to the film’s universe. Do you at times feel that you are, maybe, a misunderstood actor?

Never. I think what everybody in the film fraternity has to accept and at times it is the bitter pill to swallow is that, the audience is the only verdict that matters. If they didn’t like your film, it is not good enough. I think as human beings, we try to safeguard ourselves emotionally by making up excuses, saying the film is ahead of its time and all that. So the concept of underappreciated or underrated…I don’t buy any of that.

Denial of responsibility! TechiLive.in is an automatic aggregator around the global media. All the content are available free on Internet. We have just arranged it in one platform for educational purpose only. In each content, the hyperlink to the primary source is specified. All trademarks belong to their rightful owners, all materials to their authors. If you are the owner of the content and do not want us to publish your materials on our website, please contact us by email – [email protected]. The content will be deleted within 24 hours.
AbhishekAbhishek BachchanBachchanBiswasBobBob Biswaschangingentertainment news
Share