Notice: amp_is_available was called incorrectly. `amp_is_available()` (or `amp_is_request()`, formerly `is_amp_endpoint()`) was called too early and so it will not work properly. WordPress is currently doing the `pre_get_posts` hook. Calling this function before the `wp` action means it will not have access to `WP_Query` and the queried object to determine if it is an AMP response, thus neither the `amp_skip_post()` filter nor the AMP enabled toggle will be considered. It appears the theme with slug `publisher` is responsible; please contact the author. Please see Debugging in WordPress for more information. (This message was added in version 2.0.0.) in /home/runcloud/webapps/techilive/wp-includes/functions.php on line 5313
 Academy Award-nominated actor Leslie Odom Jr joins 'Knives Out 2' - TechiLive.in 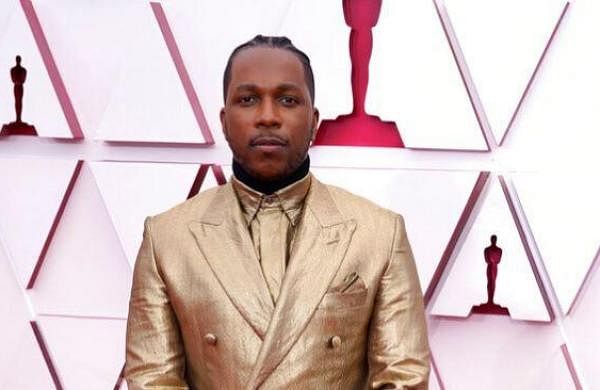 LOS ANGELES: Academy Award-nominated actor Leslie Odom Jr is the latest addition to the star-studded cast of the “Knives Out” sequel.

According to The Hollywood Reporter, plot details are under wraps but the follow-up is set to shoot this summer in Greece.

Daniel Craig, who essayed the role of master sleuth Benoit Blanc in the 2019 original hit, will reprise the part in the sequel which will be another ensemble murder mystery.

Netflix, which took over the franchise from MRC and Lionsgate to develop two “Knives Out” follow-ups for a massive USD 450 million reportedly, had no comment on the casting.

Johnson wrote the script, will direct, and is also producing with Ram Bergman under their T-Street banner.

Denial of responsibility! TechiLive.in is an automatic aggregator around the global media. All the content are available free on Internet. We have just arranged it in one platform for educational purpose only. In each content, the hyperlink to the primary source is specified. All trademarks belong to their rightful owners, all materials to their authors. If you are the owner of the content and do not want us to publish your materials on our website, please contact us by email – admin@techilive.in. The content will be deleted within 24 hours.
AcademyActorAwardnominatedentertainment newsEntertainment updatejoinsKnivesknives out 2
0
Share

Blinken, Lavrov to meet in Iceland amid push for US-Russia summit