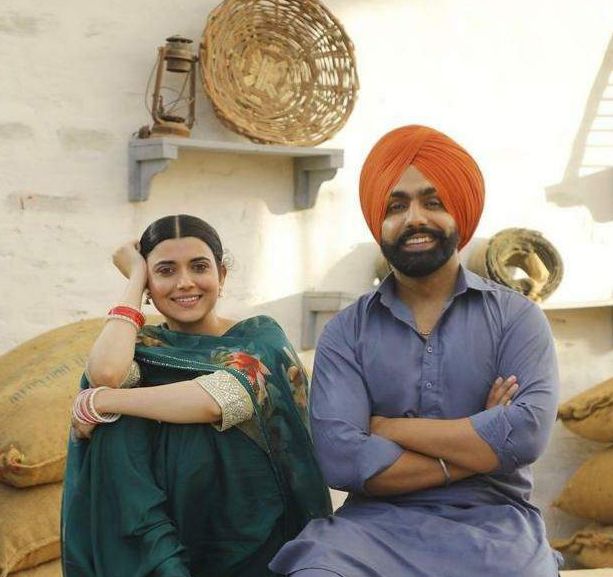 Ever burst into laughter while crying or vice-versa while watching a Punjabi film? Well, go for Saunkan Saunkne; a crazy family of three, Bebe, Nirmal Singh, played by Ammy Virk, and his wife Naseeb Kaur, portrayed by Sargun Mehta, which desperately wants to expand.

During a period when IVF and surrogacy were not the best of solution, enters Nimrat Khaira as Kirna (the second wife) and the fun begins. One can’t choose the exact genre of Saunkan Saunkne since it is a period drama (times when transistors, black and white televisions and hand-pumps were the thing), but comedy, emotions and social message too are weaved in.

The film is packed with punches and some of them are even worth taking home! The filmy Hindi dialogues exchanged between, Bebe, Nirmal, Seebo and Kirna were well-executed as did Ammy’s bhojpuri with the maid. Although not intentional, but Bollywood could learn how caricaturing a language is a two-way street. Only Punjabis did it better. The casting director has made this one a grand show.

On the music front, unlike many other Punjabi films, not a single song made us wish for a fast-forward button inside theatres. In other words, each department helped pack a punch for a film.

One thing that Punjabi industry is often not credited enough for is its ability to make family dramas. Pick any Bollywood movie or series and if it has an extra-marital affair, it cannot be a family watch. And this Punjabi film where Nirmal Singh has two wives, bears proof that when the script is solid one doesn’t need to say everything between the lines with bold scenes. The scene where the reality of having two wives, meaning putting up with twice the fights, strikes Nirmal is convincing to the tee.

While Ammy aced the role of a troubled and gullible husband, Sargun’s dramatic outbursts did it again for us. Not to forget, Nimrat stealing the show by giving it back to everyone with a hint of boldness and truth. It’s tough to decide whether acting, casting, direction or script has a bigger role to play. Leaving rest aside, just like in the film, Sargun has got, ‘takkar di saunkan’ as actor in Nimrat. Move aside Ammy, Sargun-Nimrat is the fresh pair for casting!

Denial of responsibility! TechiLive.in is an automatic aggregator around the global media. All the content are available free on Internet. We have just arranged it in one platform for educational purpose only. In each content, the hyperlink to the primary source is specified. All trademarks belong to their rightful owners, all materials to their authors. If you are the owner of the content and do not want us to publish your materials on our website, please contact us by email – [email protected]. The content will be deleted within 24 hours.
ActingairbreathcastingDirectionentertainment newsEntertainment updateFilm
0
Share

Bull vs bear: Top 5 triggers that may dictate stock market this week

‘This is a man who tried to kill me,’ says Amber Heard on…

Oz Race Up in the Air; Nestle Flies in Formula; Judge…

India, the Country of Honour at Cannes Film Festival, makes…