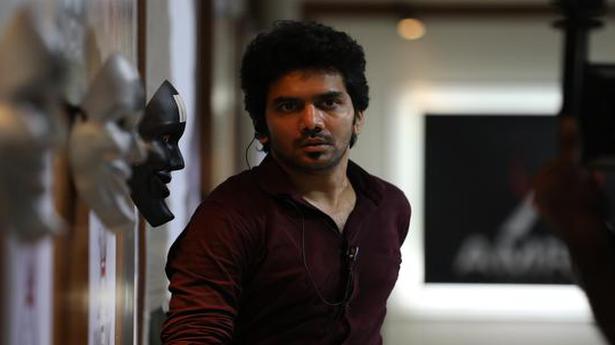 Actor Kavin on making his comeback with ‘Lift,’ and why director Nelson is his rockstar

The ‘Bigg Boss’ star talks about his upcoming horror-thriller, being part of Nelson and Sivakarthikeyan’s ‘Doctor,’ and more

Kavin has come a long way since he appeared on television shows like Kana Kaanum Kaalangal and Saravanan Meenatchi. The actor epitomises the challenging journey of several aspirants in Tamil Nadu who long to make it from TV to the big-screen; his ups and downs are well-documented, reaching full circle with his arc on the third season of Bigg Boss Tamil.

However, life since the reality show drastically changed for Kavin, whose quick wit and affable personality endeared him to audiences. Though he made his debut as a lead star in Natpuna Ennanu Theriyuma (2019), it is the upcoming horror-thriller Lift that is set to kick-start his showbiz career and put him on the map as a talent to watch out for.

In the film, Kavin — who also appeared in the hit music video Asku Maaro recently — plays the role of an everyday corporate employee who stays back late in his office to finish a project… but he may also have to contend with another sinister presence in the building.

Directed by Vineeth Varaprasad, the film also stars Amritha Aiyer (of Bigil fame) and follows the duo over the course of a frantic night, as they try to desperately make sense of who or what is hunting them, and escape.

Ahead of the film’s release on Disney+ Hotstar, the actor joins us for a chat on his fledgling career, how Bigg Boss reinvigorated his career, and more.

Excerpts from an interview:

Were you a fan of horror fans before you signed Lift? Are there any particular films you took inspiration from before the shooting began?

Horror is a genre that everyone likes; it gives you the ultimate adrenaline rush. Right from my childhood, I have memories of watching movies like the Evil Dead franchise back-to-back with my family at home. Even now, we all go together to watch the Conjuring series.

For Lift though, I took inspiration most from movies like Pizza (Kavin, in fact, plays a cameo in the Karthik Subbaraj-directorial) and the Hindi film Trapped, both of which follow the story of a guy stuck alone in a strange place. I also went back to watch Madhavan sir’s performance in Yavarum Nalam, in which he’s quite extraordinary.

Your journey in Bigg Boss was filled with drama and quite a bit of controversy, but it earned you an immense fan following. Do you have any regrets at all about participating in the show?

Of course there are no regrets! Like you said, if I have some kind of visibility today and my film has little expectations, it’s because of Bigg Boss Tamil. In fact, I’m a little surprised and emotional that people remember me so long after the show ended. It makes me feel responsible that there is an audience out there who liked watching me on screen and supported me; now I need to focus on doing my work and only that.

It’s been over two years since your stint on Bigg Boss ended; why has it taken so long to see you on screens again?

As soon as I left the Bigg Boss house, I started shooting for Lift. We finished the film in just around 20-odd days, and then it went to post-production. I was eagerly waiting for the release, but the pandemic had other plans. After that, I grew my hair and put on weight for another project, but unfortunately, that got dropped. It just goes to show that I’m still in that phase where everything is still uncertain and nothing really is in our hands. (sigh)

Amritha Aiyer and Kavin in a still from the film

However, I’m working on a web-series now, and the shooting of my next film should start in December if all goes well.

A film like Lift, with you as the main focus needs the actor to be spot-on with every expression and dialogue. There is no supporting cast to distract the audiences. Does that put pressure on you?

I’ll definitely admit that I’m nervous about how Lift will be received. If such a genre hadn’t been attempted before, I’d have been terrified. But the horror-thrillers I mentioned before have done really well and resonated with the audience. Also, when the script came my way, I was mindful that this is just my second film and I shouldn’t overthink it: I liked the content, and had the belief that if done right, it will work with the viewers. Going by the feedback our trailer has gotten, I do feel more confident now.

Your biggest selling point is your flair for feel-good, relatable humour. However, your comeback film is a horror-thriller. Will you act in a comedy soon?

I’m a really comedic person in real-life! I’ve grown up with my cousins, and we constantly rag and tease each other; that’s the kind of humour I’m used to in any environment. But my biggest inspiration for comedy is one man: Nelson anna (the director of Doctor and Beast).

His humour is in a whole new league. He’s the funniest person I know, and keeps constantly advising me that we need to see the funny side to things, in order to get through life as we know it.

And though Lift has a bit of circumstantial comedy (he refers to the final scene in the trailer), obviously the scope for jokes in such a script is limited. But I definitely nurse a desire to do an all-out comedy soon; making someone laugh is a blessing, something I consider the best form of entertainment.

Why did you decide to be an AD on Sivakarthikeyan’s Doctor at this stage in your career?

I’ve known Nelson anna for a decade now. Before my acting career worked out, I used to spend all my time at his office; it’s another home of sorts for me. When nothing seemed to be working out for me, it was he who offered me a chance to become an assistant director, and keep trying my luck as an actor simultaneously. Would anyone else do that? He wanted me to wait patiently — with him by my side — and cross every hurdle. I owe him and Sivakarthikeyan anna (who has sung Inna Mylu for Lift) so much for helping me in several stages of life.

Actually, my biggest acting inspiration is also Nelson. When the audience watched Kolamavu Kokila, they saw all those different interesting characters. But I saw Nelson in all of them, be it Nayanthara or Yogi Babu or even the kid. He’s an incredible actor, and I’ve learnt a lot from the way he narrates and performs a scene. He’s going to watch Lift and point out how I’ve copied so much from him (laughs).

You were present at the launch of Nelson next project, Vijay’s Beast. Are you acting in the film?

This is the truth: I’m not part of Beast in any capacity. There were initial talks for me to be involved in it, but then my solo projects took shape, and I began focusing on them instead. However, just like little kids watching planes taking off, it was always my dream to watch the shooting of a big-budget film. I never even imagined that I’d get to meet Vijay sir in person. So whenever possible, I visit the sets of Beast to just take in all the sights and sounds; it still continues to amaze me.

Denial of responsibility! TechiLive.in is an automatic aggregator around the global media. All the content are available free on Internet. We have just arranged it in one platform for educational purpose only. In each content, the hyperlink to the primary source is specified. All trademarks belong to their rightful owners, all materials to their authors. If you are the owner of the content and do not want us to publish your materials on our website, please contact us by email – [email protected]. The content will be deleted within 24 hours.
Actoramritha aiyerBigg Boss TamilcomebackDirectorentertainment newsEntertainment updateinna mylu
Share

Iran nuclear talks to resume ‘within an acceptable period of time’, EU says