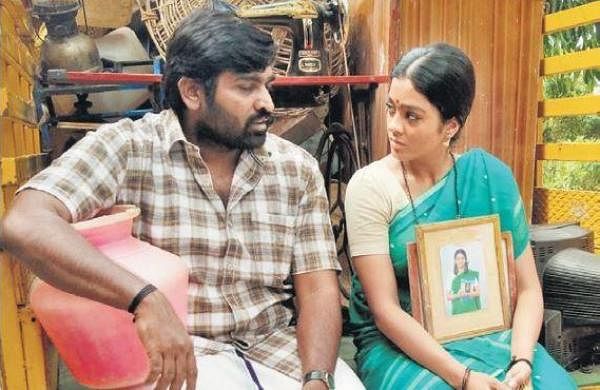 For her role in Maamanithan, alongside Vijay Sethupathi, Gayathrie had to work on her physique to fit the part. “The progress of my character over a 20-year period is integral to the story. Despite undergoing several look tests for my role as a 40-year-old mother, none seemed realistic enough. Finally, it was decided that I should put on weight,” says Gayathrie.

She had about two months to put on 15 kilos. “As director Seenu Ramasamy shot my younger portions first, it allowed me to increase my weight gradually.” Just ahead of the film’s shooting, Gayathrie had completed a detox and yoga course. “I followed a strict diet regime. However, now I had to head in the opposite direction”

She started off by treating her sweet tooth. “I indulged in all my favourites like gulab jamun, barfi, and cookies. Swiggy was on my speed dial for two months as I continued to devour pizza and pasta. And when the shoot took us to towns like Pannaipuram and Alleppey, I enjoyed the local cuisine there. Finally, I reached the desired weight and pulled off the role convincingly.”

But there was a flip side. Even after the completion of the shoot, her weight continued to rise due to changes in her metabolism. “It was the heaviest I’d ever weighed. Yet, I was at peace with the new me and was satisfied with playing a great character under the direction of Seenu Ramasamy. So the extra effort to cut the weight was all worth it.”

For the film’s final schedule, she travelled to Varanasi, where she discovered a new facet of herself. “We rode in a boat across the Ganges and the view of the ghats was a sight to behold. While prayers were being offered at some places, there were funeral pyres elsewhere. But all of them had people seeking salvation. Those scenes left a deep impression on me.”

The sequences shot in Varanasi demanded an emotional high point. “In one scene, I had to take a holy dip in the Ganges seeking salvation. Maybe it was the atmosphere around me, the way the shot was framed, or an accumulation of everything around, but at that moment, I felt like a part of me was really seeking salvation! Not being a religious person, my earnestness at that particular moment left me surprised.”

Denial of responsibility! TechiLive.in is an automatic aggregator around the global media. All the content are available free on Internet. We have just arranged it in one platform for educational purpose only. In each content, the hyperlink to the primary source is specified. All trademarks belong to their rightful owners, all materials to their authors. If you are the owner of the content and do not want us to publish your materials on our website, please contact us by email – [email protected]. The content will be deleted within 24 hours.
aboutputtingActressentertainment newsEntertainment updateGayathrieMaamanithannews updaterole
0
Share