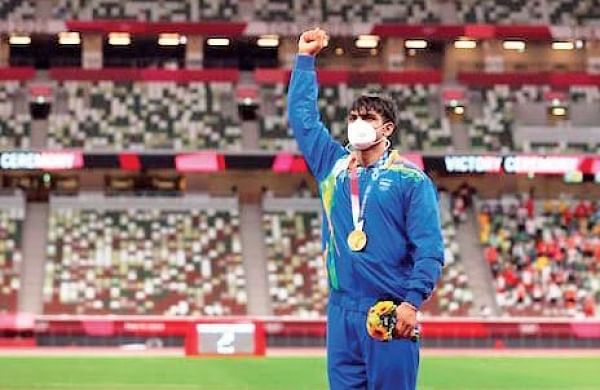 CHENNAI: More robust grassroots programme with focus on identification and talent scouting, hiring of more foreign coaches for junior athletes, training new coaches and focus on select disciplines were some of the top discussion points during the Executive Council meeting of the Athletics Federation of India (AFI) on Monday. The performance of athletes at the Olympics and U-20 World Championships too was evaluated during the meeting in Jaipur.

The AFI is even willing to talk to athletes in their houses if they meet certain physical parameters. This was revealed by AFI planning committee chairman, Lalit K Bhanot, during an online interaction on Monday. “If we see potential in an athlete and we see that the athlete is not participating in our junior events, we will send scouts to speak with the athletes,” he said, adding talent scouting will not be limited to medal winners. The AFI has identified five states —  Haryana, Rajasthan, Kerala, Karnataka and Punjab — where 400m aspirants and throwers are aplenty.

Adille Sumariwalla, the AFI president, also stressed on grassroots programme, and felt that this was one of the reasons why athletes like Neeraj Chopra and medallists at U-20 World Championships have emerged. “We have to focus on grassroots programme,” he said. AFI is focussing on events where Indians have shown promise like 400m, javelin, walk and horizontal jumps where India have potential, both in terms of talent identification and coaching. The AFI chief stressed the need for more competitions for athletes ahead of a new season. “We will introduce more zonal-level competitions so that athletes don’t have to travel too far,” he said. “We have seen that athletes need more competition, especially during the preparatory period. So these will act as a preparatory meet.”

The AFI is also trying to bring in foreign coaches for juniors. “They will be for juniors alone,” said Sumariwalla. The AFI is also planning to increase the number of coaches, especially to concentrate on the junior athletes in schools. He said the foreign coaches would also help Indian coaches sharpen their training skills. The AFI is planning to overhaul its coaching programme and introduce certification courses with the help of World Athletics. “We need coaches to strengthen our grassroots and this will eventually help the seniors,” he said.

While evaluating the Olympics, the AFI felt among the javelin throwers, barring Olympic gold medallist Neeraj, others did not meet expectations. Shivpal was below par and Annu Rani disappointed. According to Bhanot, though the 4x400m men’s relay set an Asian record of 3:00.25s, they were capable of running 2:57.00-2:58.00s. “We felt they could have done around 2:57s,” he said. “The women’s team did not perform well.” However, the AFI was ok with discus thrower Kamalpreet Kaur’s effort because she lacked international exposure and was participating in her first Olympics.

As expected, AFI parted ways with legendary javelin throw coach Uwe Hohn. According to the AFI president, Hohn’s contract was not renewed because the federation was unhappy with the way his trainees performed. However, the federation would be hiring two new foreign coaches.

The AFI also has plans to appoint a foreign coach for long jumper M Sreeshankar. His father, S Murali, was his coach and had trained him for the Olympics, where Sreeshankar had a modest outing.

Denial of responsibility! TechiLive.in is an automatic aggregator around the global media. All the content are available free on Internet. We have just arranged it in one platform for educational purpose only. In each content, the hyperlink to the primary source is specified. All trademarks belong to their rightful owners, all materials to their authors. If you are the owner of the content and do not want us to publish your materials on our website, please contact us by email – [email protected]. The content will be deleted within 24 hours.
Loading...
AFIAthleticsAthletics Federation of IndiaChopraGemsGrassrootsIndian athletesNeeraj
Share