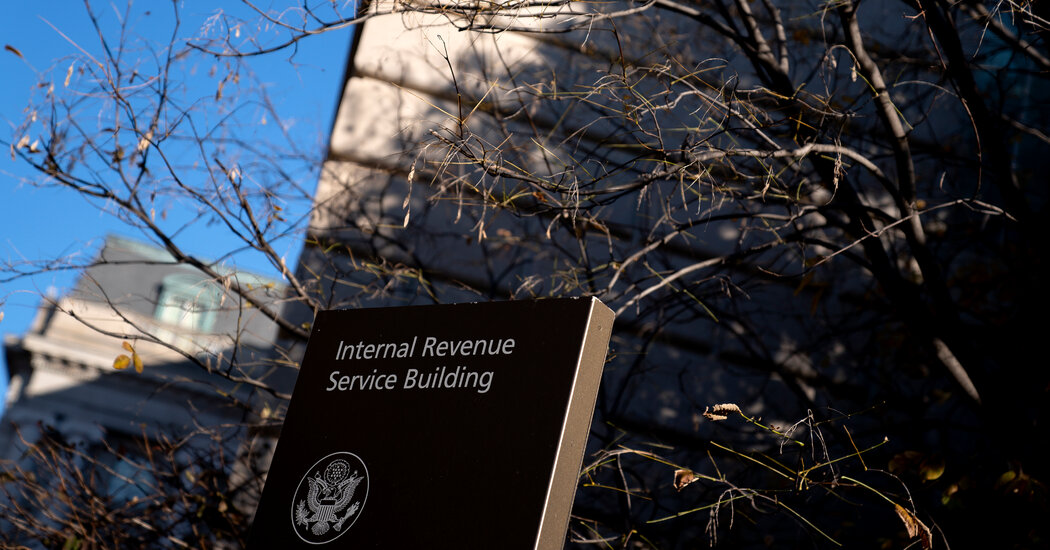 After a ‘horrendous’ 2021, the I.R.S. will start the tax season with a major backlog.

The Internal Revenue Service will kick off the approaching tax season with a backlog of at least 10 million unprocessed returns from last year, according to a new report by the National Taxpayer Advocate.

The pile of returns remaining are from the “most challenging year taxpayers and tax professionals have ever experienced,” the advocate, Erin M. Collins, wrote in her report.

One reason for the backlog: Stimulus payments to the people from the government during the pandemic have been largely routed through the I.R.S., which Ms. Collins said was already short staffed.

The vast majority of taxpayers — 77 percent — received refunds in 2021, but tens of millions of them experienced delays. Ms. Collins called last year’s situation “horrendous” from the standpoint of taxpayers. Although the backlog is not too different from last season’s, it is far higher than the backlog the I.R.S. typically faced before the pandemic began.

“Paper is the I.R.S.’s Kryptonite, and the agency is still buried in it,” Ms. Collins said in a statement about her 2021 annual report, which was sent to Congress on Wednesday. The Office of the Taxpayer Advocate, which Ms. Collins leads, is an independent entity that sits within the I.R.S. It focuses on issues of taxpayer rights and taxpayer services.

The I.R.S. itself warned taxpayers on Monday that staffing shortages and backlogs would translate into another frustrating filing season, which begins on Jan. 24 and runs through April 18 (in most states).

Ms. Collins reiterated the agency’s recommendation that Congress provide it with enough money to do its job. Since 2010, the I.R.S.’s staffing is down 17 percent and its workload over the same period, measured by the number of individual returns, is up by 19 percent to 169 million in 2021, from 142 million the year before, according to the report.

Over the past two years, the agency has been charged with administering several pandemic-related programs, including three rounds of stimulus (totaling 478 million payments worth $812 billion) and another $93 billion in advance payments for the expanded child tax credit to more than 36 million families.

“One irony of the past year is that, despite its challenges, the I.R.S. performed well under the circumstances,” Ms. Collins wrote.

As of late December, the I.R.S. had six million unprocessed original tax returns, 2.3 million amended returns, more than two million employer’s quarterly returns and five million pieces of taxpayer correspondence — with some submissions dating to April and many taxpayers still waiting for refunds, according to the advocate’s report. In contrast, there are usually less than a million unaddressed returns in a more typical year, according to Treasury officials.

Even millions of returns filed electronically — which usually flow through the system more quickly — were suspended during processing because of discrepancies between the amounts claimed on returns and what the I.R.S. had on record.

The issue arose most frequently with the “recovery rebate credit,” which taxpayers claimed when they did not receive part or all of their economic incentive payments from the prior year. Those returns had to be manually reviewed by the agency, which resulted in more than 11 million math error notices. When the taxpayer disagreed with the error and submitted a response, the report said, it went into the I.R.S.’s paper processing backlog, further delaying the refund.

Ms. Collins wrote that these discrepancies are likely to crop up again this tax season — this time for the third round of stimulus payments, issued in March, and the new advanced child tax credits — resulting in more delayed returns. The I.R.S. is trying to head those problems off by sending notices to taxpayers who received the stimulus and credit payments, showing how much they received.

Denial of responsibility! TechiLive.in is an automatic aggregator around the global media. All the content are available free on Internet. We have just arranged it in one platform for educational purpose only. In each content, the hyperlink to the primary source is specified. All trademarks belong to their rightful owners, all materials to their authors. If you are the owner of the content and do not want us to publish your materials on our website, please contact us by email – [email protected]. The content will be deleted within 24 hours.
backlogbusiness newsBusiness updatehorrendousirsmajornews updateSeason
Share

New father Aparshakti Khurana: Plan to give all my time to Arzoie on her first Lohri