Notice: amp_is_available was called incorrectly. `amp_is_available()` (or `amp_is_request()`, formerly `is_amp_endpoint()`) was called too early and so it will not work properly. WordPress is currently doing the `pre_get_posts` hook. Calling this function before the `wp` action means it will not have access to `WP_Query` and the queried object to determine if it is an AMP response, thus neither the `amp_skip_post()` filter nor the AMP enabled toggle will be considered. It appears the theme with slug `publisher` is responsible; please contact the author. Please see Debugging in WordPress for more information. (This message was added in version 2.0.0.) in /home/runcloud/webapps/techilive/wp-includes/functions.php on line 5313
 After French title, Galtier to step down as Lille coach - TechiLive.in 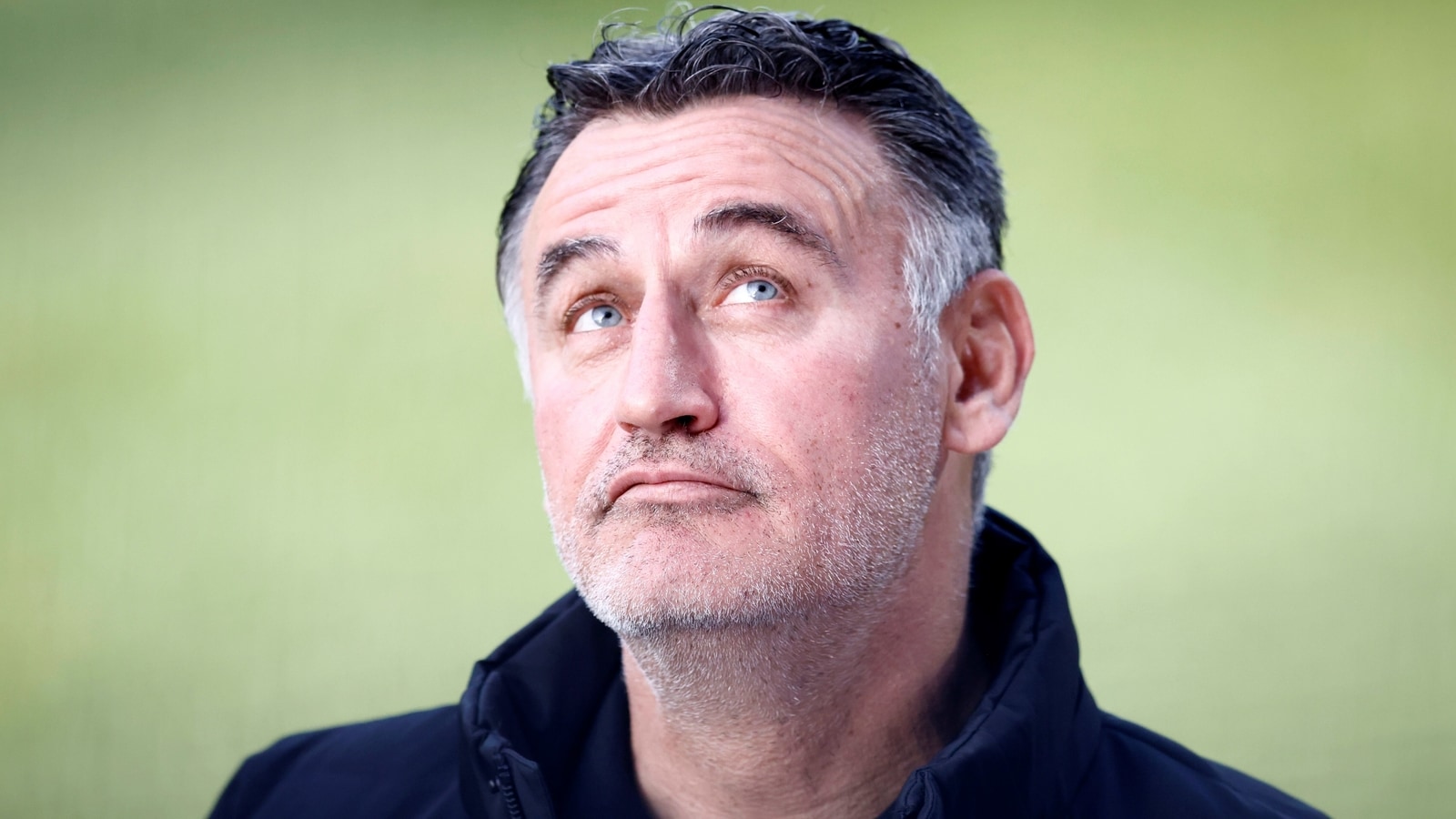 After French title, Galtier to step down as Lille coach

Christophe Galtier has informed Lille that he’ll step down as coach, less than two days after he led the club to its first French league title in 10 years.

Galtier has one year left on his contract but his departure was widely anticipated amid strong interest for his services from Nice, Lyon and possibly Napoli.

Lille beat the odds to win its first French championship since 2011, edging defending champion Paris Saint-Germain by one point as an enthralling title race ended on Sunday night.

The 54-year-old Frenchman told team president Olivier Létang of his decision on Tuesday morning, the northern club said on its website. Galtier was hired by Lille in December 2017 and helped the team avoid relegation that season, starting a climb that ultimately led to the title.

“Naturally, I tried to convince him (to stay), but I believe his decision had already been made,” Létang said. “I respect it and must accept it.”

Victory on Sunday gave Lille a fourth French crown and stopped PSG from sealing a record-equaling 10th to join Marseille and Saint-Etienne. Tens of thousands of supporters packed the streets of Lille for a parade on Monday.

Nice is owned by British billionaire Jim Ratcliffe. Lyon is also keen on Galtier as a replacement for Rudi Garcia. Napoli has an opening after Gennaro Gattuso left to take over Fiorentina.

But Nice appears the most likely destination for Galtier, whose long-term dream is to take charge of his hometown club Marseille.

Létang said he’ll negotiate the terms of Galtier’s departure with his new club, and that Lille would begin looking for a replacement.

Denial of responsibility! TechiLive.in is an automatic aggregator around the global media. All the content are available free on Internet. We have just arranged it in one platform for educational purpose only. In each content, the hyperlink to the primary source is specified. All trademarks belong to their rightful owners, all materials to their authors. If you are the owner of the content and do not want us to publish your materials on our website, please contact us by email – admin@techilive.in. The content will be deleted within 24 hours.
Christophe GaltierCoachFrenchGaltierLillenews updatesports newssports update
0
Share

Huawei to unveil new OS, push into software to weather US pressure