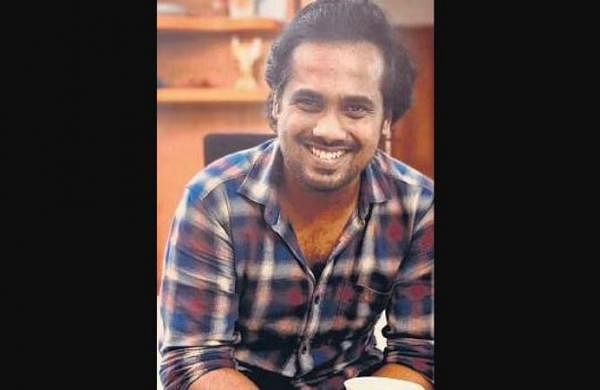 Ahammed had initially planned to do another film with Joju, titled Inshallah, but the pandemic forced them to postpone it given that the central characters are children.

“It would have been risky to mount a film of that scale in such a scenario,” says Ahammed, who intends Inshallah to be a theatrical release.

“So we decided to come up with something else instead: Madhuram.”

Joju and Sijo Vadakkan are bankrolling Madhuram. While it would be too early to talk about Inshallah, Ahammed took a moment to share with us what Madhuram is about in a nutshell.

He shares that Madhuram presents an “untold story” of bystanders at a government hospital while simultaneously narrating multiple love stories across different periods. Aside from the need to tell a more mature love story compared to June, Ahammed’s real-life observations became jumping-off points for the idea of bystanders from different places bonding like family members.

“It’s remarkable that Joju agreed to do a film shot at a hospital which has the COVID ward next to our shooting spot,” he laughs. “Fortunately, none of our team members caught it, and we completed filming smoothly.”

The team had released a striking teaser featuring the characters of Joju and Shruti on Valentine’s Day this year. Aside from this couple, Madhuram will also train its lens on a married couple played by Arjun Ashokan and Nikhila Vimal.

Madhuram was completed in 30 days at a live hospital in Kottayam, a biryani shop in Fort Kochi, and Arjun Ashokan’s house in Kolenchery. As for the release, Ahammed feels an OTT premiere would be more apt considering the present conditions.

“This is one of those films that’s better experienced without an interval. It’s a two-hour film targeted at families and women. Since we are not sure if they would come to theatres when the film is released by the end of the year, we felt it would get far better exposure through a major streaming platform.”

Madhuram has music by Hesham Abdul Wahab, with lyrics by Vinayak Sasikumar. Jithin Stanislaus, who also shot June, is behind the camera, and Mahesh Bhuvanend is editing.

Dhanush Nayanar works on the sound design while Vishnu Sujathan handles the sound mix. Govind Vasantha has worked on the background score.

Denial of responsibility! TechiLive.in is an automatic aggregator around the global media. All the content are available free on Internet. We have just arranged it in one platform for educational purpose only. In each content, the hyperlink to the primary source is specified. All trademarks belong to their rightful owners, all materials to their authors. If you are the owner of the content and do not want us to publish your materials on our website, please contact us by email – [email protected]. The content will be deleted within 24 hours.
AhammedAhammed Khabeerentertainment newsEntertainment updateKhabeerMadhuramnews updatePresents
Share