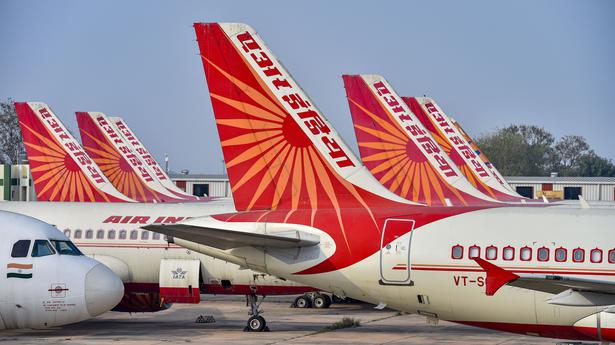 Aviation regulator DGCA on Tuesday said it has imposed a fine of ₹10 lakh on Air India for denying boarding to passengers holding valid tickets and thereafter not providing mandatory compensation to them.

“After that a series of checks were carried out by DGCA and during our surveillance at Bengaluru, Hyderabad and Delhi, there were specific instances, in the case of Air India – where the regulation (regarding compensation to passengers) is not being followed and therefore, a show cause notice was issued to the airline and also a personal hearing was afforded,” the Directorate General of Civil Aviation (DGCA) said in a statement.

According to the regulator, Air India may not have a policy in this regard and does not pay compensation to the passengers.

“To say the least, it is a matter of serious concern and unacceptable. In the specific cases detailed in the show cause notice, after going through AI submissions, as part of enforcement action, the competent authority has levied a penalty of ₹10 lakh,” it noted.

“In addition, the Airline has been advised to immediately put the systems in place to resolve the issue – failing which further action shall be taken by DGCA,” it added.

If a passenger is denied boarding despite having a valid ticket and has reported at the airport on time, certain regulations have to be followed by the airline concerned, as per the DGCA.

In case the airline concerned is able to arrange an alternative flight for the affected passenger within an hour, no compensation is to be paid, the DGCA regulations state.

“Our stipulations on the subject are in sync with US aviation regulator FAA and European aviation regulator EASA and similar regulations is followed globally to accord appropriate respect to passenger rights,” the DGCA said on Tuesday.

Recently, the DGCA had issued strict instructions to all domestic airlines to abide by the said regulation in letter and spirit.

The DGCA had last month said that the airlines are indulging in “unfair practice” of denying boarding to passengers even when they report for their flights at the airport on time.

The aviation regulator – in an e-mail on May 2 – had asked all Indian carriers to give compensation and facilities to passengers affected by such denial of boarding, failing which it would impose financial penalties on them.

Sources alleged that Indian carriers have been overbooking their flights as COVID-19 cases are receding, and when the number of passengers exceed the number of seats in the aircraft, the airlines do not take them onboard.

Denial of responsibility! TechiLive.in is an automatic aggregator around the global media. All the content are available free on Internet. We have just arranged it in one platform for educational purpose only. In each content, the hyperlink to the primary source is specified. All trademarks belong to their rightful owners, all materials to their authors. If you are the owner of the content and do not want us to publish your materials on our website, please contact us by email – [email protected]. The content will be deleted within 24 hours.
airair india 10 lakhsair india dgcaair india fineboardingbusiness newsBusiness updateCOVID-19 cases
Share