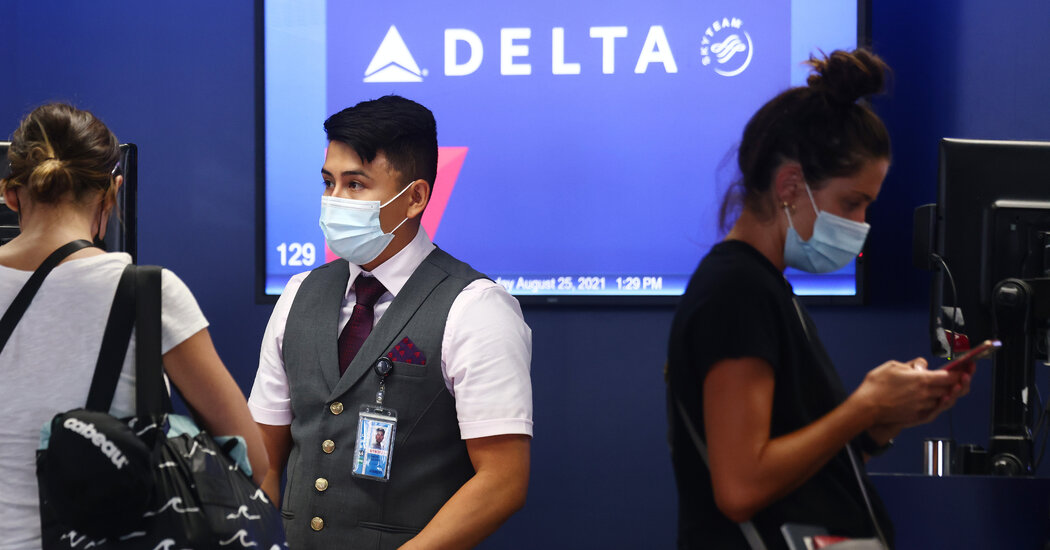 Airlines ended the traditional summer travel season on a high note, but hopes for the fall have dimmed as employers delay office reopenings and the Delta variant of the coronavirus has eroded sales and driven up cancellations in recent weeks.

United Airlines said in a securities filing on Thursday that it no longer expected to turn a profit, before taxes, for the three months ending in September and that revenue would probably be down about a third compared with the same period in 2019. Nevertheless, the airline said that it still expected to reap previously predicted cost savings.

Delta Air Lines appeared to be in a stronger position. The airline said in a filing that it still expected a pretax profit for the quarter, but that revenue would probably be at the lower end of a forecast it made earlier this summer. Costs were at the higher end of expectations as Delta staffed up to keep operations running smoothly through the rebound.

“The story for the quarter really has been about the amazing surge in demand that we’ve witnessed,” Ed Bastian, Delta’s chief executive, said at a Thursday conference hosted by Cowen, an investment bank.

Both United and Delta said that they expected to see the recovery resume once virus cases peak, with Mr. Bastian adding that the airline was already seeing a rebound in the South, where infections began rising sharply earlier in the summer. United and Southwest Airlines said in filings that the latest wave of infections has had less of an effect on the business than previous jumps in coronavirus cases.

Delta said it performed better than expected in July, but the pace of the recovery paused in August. The rebound in business travel froze, too, as companies delayed or scaled back plans to reopen offices. Still, Delta said that ticket sales had generally stabilized in the last 10 days.

For Southwest, a slower-than-expected September will be a drag on revenue, but the company said it still expected to end the quarter within the range it had predicted. Corporate travel was down nearly two-thirds in July and August compared with the same months in 2019 and is expected to remain down a similar amount in September. Mr. Bastian said Delta was seeing similar trends in corporate travel.

For much of the summer, which is the industry’s busiest season, airlines were flying about 80 percent as many customers as in 2019. That figure started to sag in the second half of August, but rebounded over the Labor Day holiday, according to Transportation Security Administration passenger screening data.

Though it’s early still, Southwest said it was seeing “fairly typical” sales for holiday travel at the end of the year.

Denial of responsibility! TechiLive.in is an automatic aggregator around the global media. All the content are available free on Internet. We have just arranged it in one platform for educational purpose only. In each content, the hyperlink to the primary source is specified. All trademarks belong to their rightful owners, all materials to their authors. If you are the owner of the content and do not want us to publish your materials on our website, please contact us by email – [email protected]. The content will be deleted within 24 hours.
Loading...
airlinesDeltaEducation newsEducation updateMomentumnews updatestiflesstrong
Share