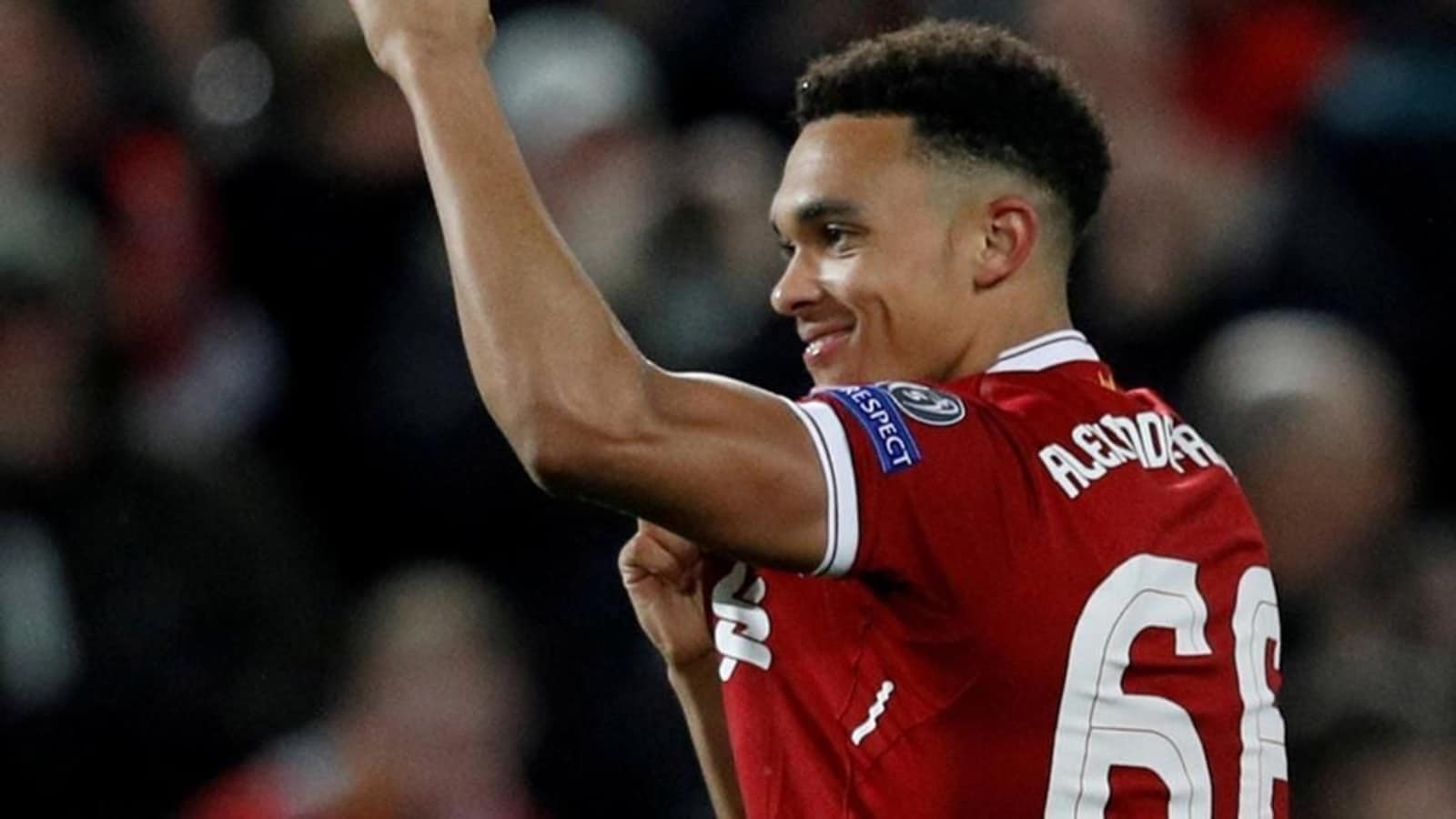 Trent Alexander-Arnold has the passing ability and vision to slot into a midfield position for England in the future, manager Gareth Southgate said after naming the Liverpool defender in his 33-man provisional squad for the European Championship.

The 22-year-old right-back was dropped for World Cup qualifiers in March but has been brought back into an extended squad that will be trimmed to 26 players ahead of the June 11-July 11 tournament.

Asked by reporters on Tuesday if Alexander-Arnold could play in midfield, Southgate said: “I think there’s no doubt he could.

“The difficulty is he hasn’t had the opportunity to do that since he was a younger player and that’s where he came through in Liverpool’s academy.

“He’s a fantastic passer of the ball and has a great passing vision. So he’s a playmaker from right back … So why wouldn’t that lend itself at some point of his career to being in midfield?”

Southgate also included Manchester United skipper Harry Maguire, who is struggling with an ankle injury that could force him out of Wednesday’s Europa League final against Villarreal.

The England manager said he had little information about the fitness of the defender, who missed training on Tuesday.

“We had an initial assessment on Maguire, which was positive in terms of the tournament, but there was always a little bit more swelling and further investigation needed,” he added.

“When you’ve got a European final and information for the opposition is so tight, and things do leak, I understand why clubs want to keep their cards close to their chest.

“It’s made it a bit more difficult for us but I don’t have a problem with United… We’ve got some injuries that are at various stages, (with) a couple that we have very little information about at the moment.”

England play friendlies against Austria and Romania in June before their Euro 2020 Group D campaign begins with matches against Croatia, Scotland and Czech Republic.

Denial of responsibility! TechiLive.in is an automatic aggregator around the global media. All the content are available free on Internet. We have just arranged it in one platform for educational purpose only. In each content, the hyperlink to the primary source is specified. All trademarks belong to their rightful owners, all materials to their authors. If you are the owner of the content and do not want us to publish your materials on our website, please contact us by email – [email protected]. The content will be deleted within 24 hours.
Loading...
AlexanderArnoldenglandEuro 2020Gareth Southgatemidfieldnews updateroleSouthgate
0
Share