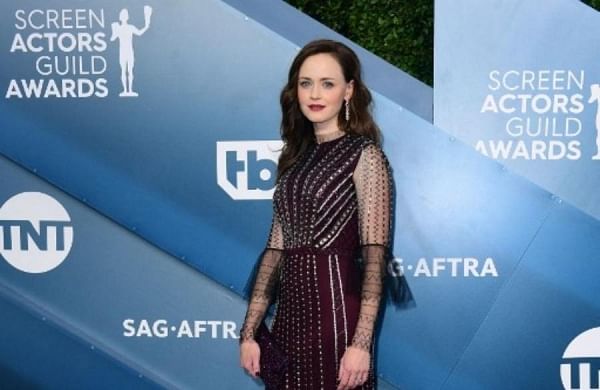 Alexis Bledel leaving ‘The Handmaid’s Tale’ ahead of season five

Bledel, who featured in the dystopian drama series as Emily/Ofglen, will not be returning for the upcoming fifth season, the actor said in a statement to Variety.

“After much thought, I felt I had to step away from ‘The Handmaid’s Tale’ at this time. I am forever grateful to Bruce Miller for writing such truthful and resonant scenes for Emily, and to Hulu, MGM, the cast and crew for their support,” the 40-year-old actor said.

Bledel has co-starred with series lead Elisabeth Moss since “The Handmaid’s Tale” debuted on Hulu in 2017.

Based on Margaret Atwood’s 1985 novel of the same name, the show is set around the dystopian country of Gilead where women are stripped of their rights and forced into sexual slavery.

Bledel has earned four Emmy nominations for her work as Emily/Ofglen on “The Handmaid’s Tale”, winning the Emmy for outstanding guest actress in a drama in 2017.

The actor is also known for her role as Rory Gilmore on “Gilmore Girls” and its revival, “Gilmore Girls: A Year in the Life”, as well as “The Sisterhood of the Traveling Pants” film franchise and “Mad Men” series.

Denial of responsibility! TechiLive.in is an automatic aggregator around the global media. All the content are available free on Internet. We have just arranged it in one platform for educational purpose only. In each content, the hyperlink to the primary source is specified. All trademarks belong to their rightful owners, all materials to their authors. If you are the owner of the content and do not want us to publish your materials on our website, please contact us by email – [email protected]. The content will be deleted within 24 hours.
aheadAlexisAlexis BledelBledelentertainment newsEntertainment updateHandmaidsHulu series
Share

Kids’ neighborhoods can affect their developing…

W. Kamau Bell steps directly on that third rail with…