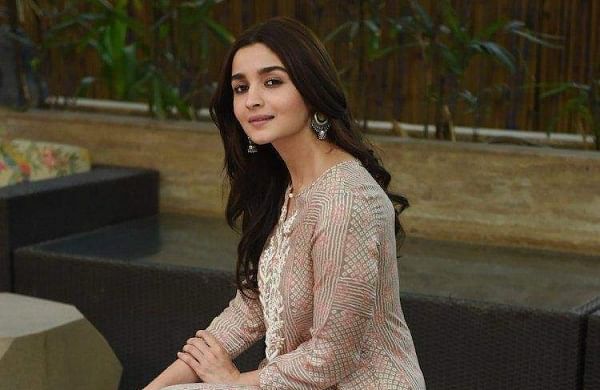 NEW DELHI: Team RRR’s ‘Sita’- Alia Bhatt is back to the sets of the movie on Wednesday!

Taking to her Instagram Story, the actor shared two videos of herself. In the first boomerang clip, Alia could be seen sitting in a car while going to the shoot location of her first Telugu action drama movie.

Alongside the video, she wrote, “And finally… Team RRR here I come!!! @rrrmovie.”

Alia looks extremely gorgeous in a casual look. She donned a fashionable green cargo jacket with a black tee. To complement her look, she opted for no makeup and a sleek hairdo. To accessorize the attire, she wore a pair of metal hoop earrings.

The ‘Kalank’ star is all set for her Telugu debut with most sought-after director SS Rajamouli’s next film titled ‘RRR’.

Reportedly, the movie’s production and post-production are happening at the same time. A few weeks ago, the makers also announced that lead actors Ram and Jr NTR have completed their dubbing portions in two languages.

The film will reportedly be a fictional story set in the 1920s pre-independent era and will be based on the lives of two celebrated freedom fighters- Alluri Sitarama Raju and Komaram Bheem.

The film was originally planned as a July 30, 2020 release. However, the unforeseen delays, including those caused by injuries suffered by Jr NTR and Ram during production, forced the makers to push the release date. The coronavirus outbreak and subsequent lockdown again disrupted the production.

Finally, the shooting was resumed in October last year. The much-talked-about film ‘RRR,’ will release in multiple languages on October 13 this year.

Speaking about Alia’s work front, apart from SS Rajamouli’s magnum opus ‘RRR’, she will be next seen in Ayan Mukherji’s directorial ‘Brahmastra’, alongside Ranbir Kapoor and megastar Amitabh Bachchan.

She also has Sanjay Leela Bhansali’s ‘Gangubai Kathiawali’, and ‘Darlings’ that she is co-producing with Shah Rukh Khan under her production banner Eternal Sunshine Productions and his banner Red Chillies Entertainment.

Loading...
Denial of responsibility! TechiLive.in is an automatic aggregator around the global media. All the content are available free on Internet. We have just arranged it in one platform for educational purpose only. In each content, the hyperlink to the primary source is specified. All trademarks belong to their rightful owners, all materials to their authors. If you are the owner of the content and do not want us to publish your materials on our website, please contact us by email – [email protected]. The content will be deleted within 24 hours.
Aliaalia bhattBhattentertainment newsEntertainment updatejoinsSSnews updateplays
0
Share