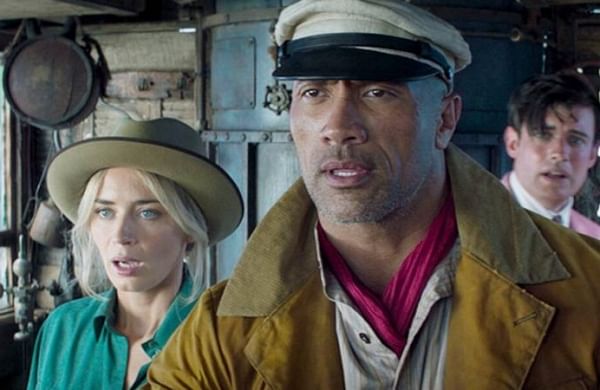 All aboard the Jungle Cruise

Jungle Cruise promises everything we associate with Disney titles: adventure, eye-popping visuals, and loads of action. For filmmaker Jaume Collet-Serra, who adapted this Disney ride into a live-action spectacle, it was essential to keep the essence and tone of the ride intact. “The Jungle Cruise ride is loved by many, not only because it’s been there for a long time but because it’s one of the only rides that the whole family can enjoy together,” says Collet-Serra. “You can bring a baby and you can bring your grandma; so, in a way, we wanted to make a film that reflected that… A film that the whole family could enjoy together. That was the starting point for us.”

Talking about the process of inheriting the ride’s entertainment value into the screenplay, the filmmaker adds, “The comedy of the ride has evolved through the years. So, we took that as a tonal guideline, and from then on, we built the mythology and created characters and situations that would put the audience on the ride and expand on the experience of what they go through at Disneyland. This is a ride they can experience in theatres.”

Bringing the exotic world of Jungle Cruise into a film was no walk in the park. There needed to be synergy between every department—from production design to cinematography, costumes to visual effects. “This movie takes place in the early 1900s in the Amazon jungle, so we wanted to make a movie that was vibrant, full of colour, and rich. It’s hard to make a movie in the actual Amazon, so we had to bring those colours and textures to our stage, and the only tools that we had were the production design and the costumes,” Collet-Serra says, adding that the team was cautious about visually representing the Amazon accurately. “We had a cultural advisor that made sure that everything was properly represented. The Tupi language was spoken there many years ago, so we made our own version based on that old language to give our characters an added sense of reality.”

On the visual choices executed by Flavio Labiano’s cinematography, the director reveals that they built their “own lenses to achieve a certain warm quality.” He adds, “Everything was designed to bring a hot and vibrant look from the Amazon. Flavio is a great collaborator; he shoots beautifully and makes the actors look amazing. He has shot many movies in Latin America, and he knows exactly how it’s supposed to look.”

The filmmaker adds that creating ‘the Jungle village’ set was both an exciting and difficult task to accomplish. Collet-Serra intended the set to look awe-inspiring while also invoking an eerie feeling at first sight. “We wanted to build a set that showed a lot of scope and that had a ‘wow’ factor during the reveal. It needed to strike fear at first glance but then, feel warm once you are inside it. We felt that the best way to achieve that was to put the village up in the trees, very high up, and then build all these platforms that interconnected all of the little huts where the locals live.”

Despite the technical difficulties, the director believes “it was worth it.” The director shares that Industrial Light & Magic, the VFX studio behind Pirates of the Caribbean and Star Wars, came up with a novel technique to ease the creation of computer-generated imagery. “Two tiny infrared cameras were attached to the camera to capture the actors and their performance in real-time. The actors didn’t have to wear the usual helmet cameras to capture their performances. They could act normally within the scene, and then the CG skin would be put over them.

hat was really groundbreaking, and it really freed us to shoot their performances.” Building the eponymous Jungle Cruise, the steamboat named La Quila, was of paramount importance to the filmmaker—after all, it’s the film’s titular character. “La Quila is certainly a character in the film. For me, it was very important to preserve a little bit of what the boats in the ride are like,” Collet-Serra says. “Jean-Vincent Puzos (production designer) did a phenomenal job of designing La Quila. He brought all the little details, textures, and colours that made the boat the way I had envisioned it. It was put together in a way that, once you step away from it, it’s both beautiful and practical to behold.”

Denial of responsibility! TechiLive.in is an automatic aggregator around the global media. All the content are available free on Internet. We have just arranged it in one platform for educational purpose only. In each content, the hyperlink to the primary source is specified. All trademarks belong to their rightful owners, all materials to their authors. If you are the owner of the content and do not want us to publish your materials on our website, please contact us by email – [email protected]. The content will be deleted within 24 hours.
aboardCruiseemily bluntentertainment newsEntertainment updateJungleJungle Cruisenews update
Share