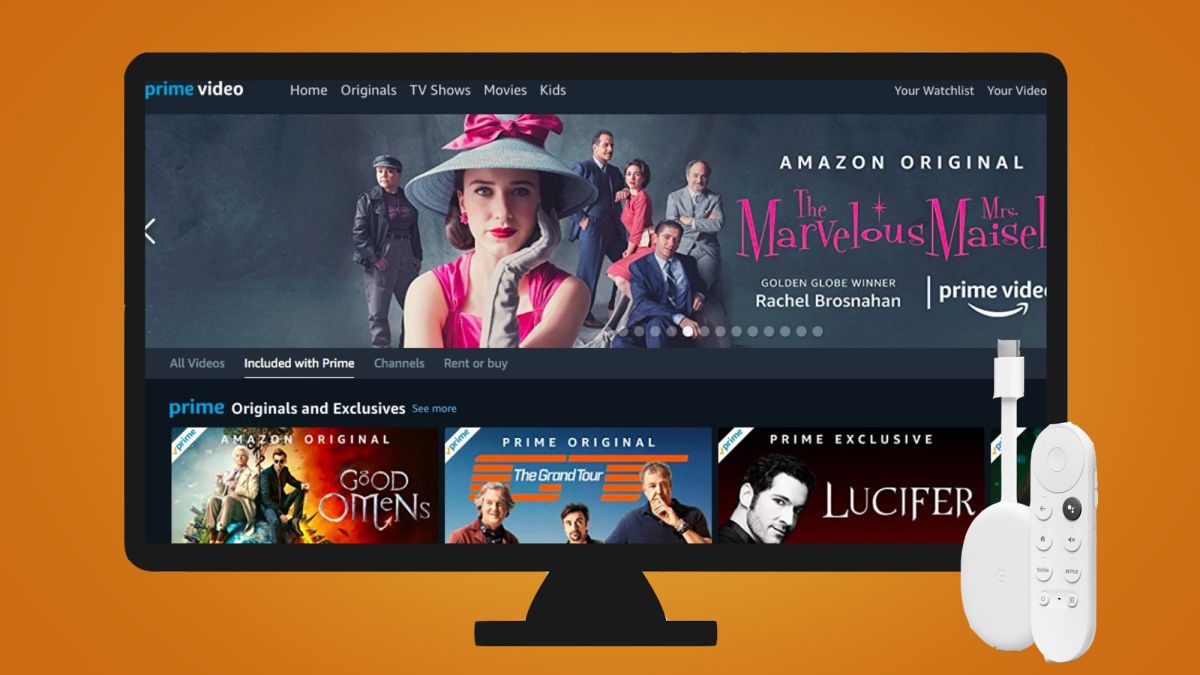 Amazon Prime Video on Chromecast: how to get it and start watching now

Chromecast is an incredibly simple to use and portable device, and once you download the Prime Video app to an iOS or Android device, you can start watching your favorite shows in minutes—wherever you are. Read on to find out how to get started.

Get the best price on Amazon Prime now

Is Amazon Prime Video streaming on Chromecast yet?

Yes, but it hasn’t always been easy. Now all you need to do is download the app, plug in your Chromecast, and off you go.

Before, a dongle feud between Amazon and Google made the process a lot more difficult. You were only able to stream Prime Video through the Chrome browser on your desktop, and if you wanted to use a smartphone or tablet, you had to install the Google Home app first.

It was a highly convoluted process. Thankfully, Google and Amazon have settled their differences and compatibility is no longer an issue.

How to install Amazon Prime Video on Chromecast

The very first thing you need to do is install the Amazon Prime Video app on your device. Open it, then select the Cast icon and the Chromecast device that you want to stream from.

Next, choose something to watch. You’ll see the name of the title appear on the display of the screen your Chromecast is streaming to and you’re good to go.

Of course, if you haven’t already, you should also get yourself signed up to Amazon Prime Video.

What can I watch on Amazon Prime Video with Chromecast?

Amazon Prime Video is a leading streaming service, and there are hundreds of movies and TV shows to choose from. As well as content from other channels and networks – like the addictive reality TV show Below Deck – the service hosts Amazon’s original content.

Amazon Studios has produced some stand-out shows and movies in recent years, like the alternate-reality wartime thriller The Man in the High Castle, and Sacha Baron Coen’s controversial second helping of the Borat series – yep, you can watch Borat 2 on Amazon Prime Video.

On top of this, you can watch other dedicated channels such as StarPlayz, MGM, and the Discovery Channel. Sports fans can even enjoy live streaming of major events like the Australian Open.

What other streaming services are available on Chromecast?

If Amazon Prime Video isn’t enough for you, you might want to look at the other streaming services available, including:

What other devices can I watch Amazon Prime Video on?

PS5 restock: how to track PS5 console stock on Twitter – and get it quickly