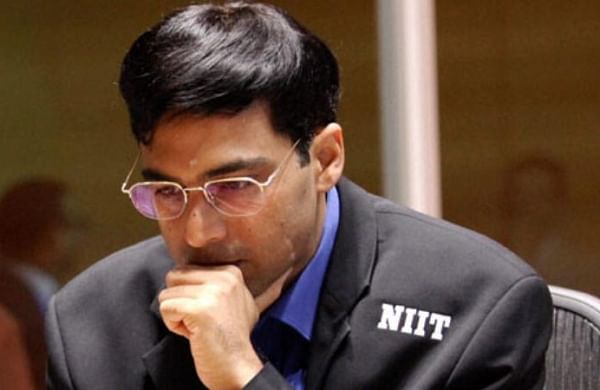 Anand, Gelfand to work with Indian players ahead of Chess Olympiad

CHENNAI: Five-time world champion Viswanathan Anand and Boris Gelfand will work in tandem to guide the Indian chess players during the team’s coaching camp, beginning on May 7, for the 44th Chess Olympiad.

The All India Chess Federation (AICF) has brought the two legends together for the home team’s first coaching camp ahead of the Chess Olympiad in July-August.

The six-time world championship candidate from Israel, Gelfand has been roped in as the coach by the AICF alongside mentor Anand.

The members of the first teams in both the open, as well as women’s section, will take part in the camp, scheduled to take place at Hotel Leela in Chennai from May 7 to 17.

Apart from winning the World Cup in 2009, Gelfand has competed in 11 Chess Olympiads.

The 52-year-old has also trained some of the top international players in the past, helping them succeed in big events.

The former world champion in rapid chess, Koneru Humpy believes the decision to appoint Gelfand, in addition to mentor Anand, will motivate the players ahead of the Olympiad, which will be conducted in India for the first time ever, beginning in Chennai on July 28.

“Well, I don’t often participate in the coaching camps in general. This time having Gelfand and Anand as coach and mentor will definitely motivate the team and for sure there will be a lot to learn from their experience,” she said.

The members of the first team in the open section — Vidit Gujrathi, Pentala Harikrishna, Arjun Erigaisi, SL Narayanan and Krishnan Sasikiran — and the players of first team in the women’s section — Koneru Humpy, Dronavalli Harika, R Vaishali, Tania Sachdev and Bhakti Kulkarni, will take part in the camp along with their respective coaches Srinath Narayanan and Abhijit Kunte.

Arjun and Sasikiran, who are currently playing tournaments in Europe, will join the camp a couple of days later.

Sasikiran, a member of the Bronze winning team at Tromso in 2014 who had also won an individual silver medal at the same Olympiad, is excited to work with Gelfand.

The 11-day coaching camp will be intensive and gruelling with players involved in six to seven hours of rigorous training in a day.

The players will also have a regular routine of yoga and meditation to enhance their mental willpower along with physical strength training.

Denial of responsibility! TechiLive.in is an automatic aggregator around the global media. All the content are available free on Internet. We have just arranged it in one platform for educational purpose only. In each content, the hyperlink to the primary source is specified. All trademarks belong to their rightful owners, all materials to their authors. If you are the owner of the content and do not want us to publish your materials on our website, please contact us by email – [email protected]. The content will be deleted within 24 hours.
44th Chess OlympiadaheadAnandBoris GelfandChessGelfandIndiannews update
Share

Sonali Bendre to make OTT debut with ‘The Broken News’