Notice: amp_is_available was called incorrectly. `amp_is_available()` (or `amp_is_request()`, formerly `is_amp_endpoint()`) was called too early and so it will not work properly. WordPress is currently doing the `pre_get_posts` hook. Calling this function before the `wp` action means it will not have access to `WP_Query` and the queried object to determine if it is an AMP response, thus neither the `amp_skip_post()` filter nor the AMP enabled toggle will be considered. It appears the theme with slug `publisher` is responsible; please contact the author. Please see Debugging in WordPress for more information. (This message was added in version 2.0.0.) in /home/runcloud/webapps/techilive/wp-includes/functions.php on line 5313
 Android 12 Beta 2 Out for Pixel 3, Newer Models With Fresh Privacy Features - TechiLive.in 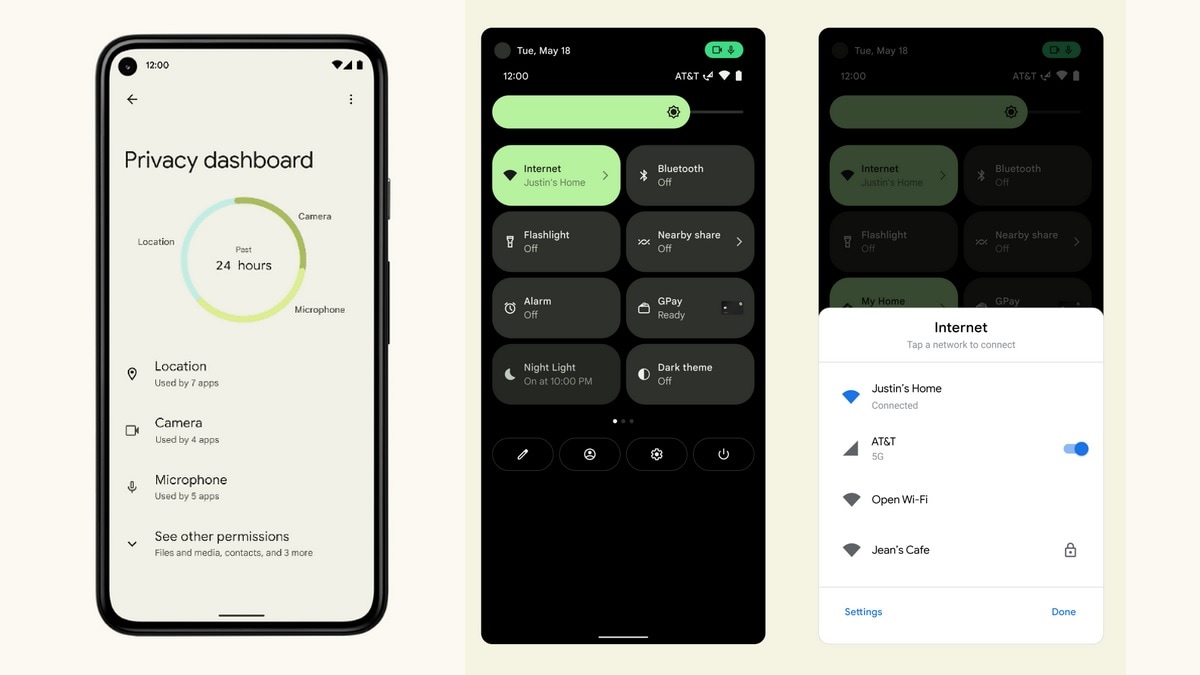 Android 12 beta 2 is out for Google Pixel phones and it brings some of the privacy features that were showcased at Google I/O last month. Google shared the development through a post on its Android developer blog that states the Privacy Dashboard feature has made its way to Android 12 with the latest beta. There are feature updates for better functionality, improved stability, and performance tweaks as well. Android 12 beta is available for Pixel 3 and later phones for those who get enrolled in the programme.

Google showcased Android 12 at Google I/O last month where it unveiled the new design, new colours, privacy features, and a lot more that will be present in the upcoming iteration of Android. With the first beta, eligible phones got the new Material You design and aesthetic tweaks, along with some other features. Now, with Android 12 beta 2, the new privacy features have been rolled out. It includes a Privacy Dashboard that displays the data that apps are accessing. It has a timeline view of which apps accessed the microphone, camera, and location.

Developers can use the new ACTION_VIEW_PERMISSION_USAGE_FOR_PERIOD system intent to let users know why their apps accessed sensitive data.

Android 12 beta 2 also brings mic and camera indicators in the status bar that let users know when apps are using the camera or microphone. If the user feels that the camera or the microphone does not need to be active as this point, they can go into Quick Settings and manage permissions for those apps.

The new Quick Settings toggles for microphone and camera allow users to instantly disable applications from accessing them. In case an app is using either the camera or microphone and a user turns off the toggle, the app will receive blank camera and audio feeds. This is only available on supported devices.

Lastly, the Status Bar, Quick Settings, and Settings get an Internet Panel which will help users easily switch between their Internet providers and troubleshoot network connectivity issues. It will essentially allow users to more easily manage their network connections.

Android 12 beta 2 is available for Pixel 3 and newer models. Those who are on the first beta will automatically get beta 2 update. Those who wish to try the new beta can enrol here. Google will roll out another beta version in July and then a final beta 4 in August to test platform stability.

Vineet Washington writes about gaming, smartphones, audio devices, and new technologies for Gadgets 360, out of Delhi. Vineet is a Senior Sub-editor for Gadgets 360, and has frequently written about gaming on all platforms and new developments in the world of smartphones. In his free time, Vineet likes to play video games, make clay models, play the guitar, watch sketch-comedy, and anime. Vineet is available on vineetw@ndtv.com, so please send in your leads and tips.
More
Loading...

Loading...
Denial of responsibility! TechiLive.in is an automatic aggregator around the global media. All the content are available free on Internet. We have just arranged it in one platform for educational purpose only. In each content, the hyperlink to the primary source is specified. All trademarks belong to their rightful owners, all materials to their authors. If you are the owner of the content and do not want us to publish your materials on our website, please contact us by email – admin@techilive.in. The content will be deleted within 24 hours.
AndroidAndroid 12android 12 beta 2 new privacy features google i o io pixel 3 newer models mic camera toggles notifications android 12 beta 2BetaFeaturesFreshgadget updateGoogle
0
Share

Google’s new tech to track you for ads can do more harm than good, says Firefox – Times of India