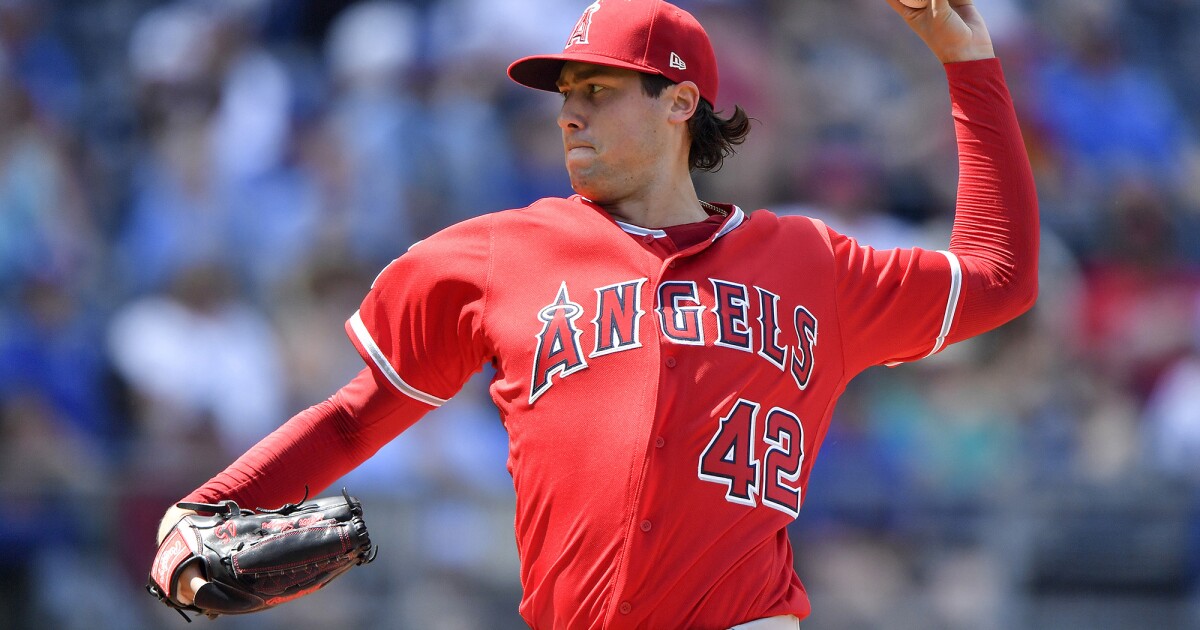 The Angels have pushed back against a motion by federal prosecutors to compel the organization to comply with a subpoena linked to the overdose death of pitcher Tyler Skaggs, describing the request as a “fishing expedition” in a court filing after the team handed over more than 350,000 documents during the past two years.

The response, filed late Tuesday in U.S. District Court in Fort Worth, comes two months before the trial of former Angels communications director Eric Kay is scheduled to start.

“In short, Angels Baseball has cooperated with the government’s investigation in every possible way, and has produced hundreds of thousands of non-privileged documents relevant to [Skaggs] and Kay,” the motion signed by team attorneys Ariel Neuman and John Cayce said. “The government has in its hands all documents responsive to the instant subpoena that Angels Baseball knows of, other than those that reflect its own counsel’s investigation and legal advice. Any contention to the contrary is simply false.”

Skaggs was found dead in his hotel room July 1, 2019, in Southlake, Texas, before the Angels started a series with the Texas Rangers. Investigators found a counterfeit oxycodone pill laced with fentanyl in his room, and the Tarrant County medical examiner ruled that he died from “mixed ethanol, fentanyl and oxycodone intoxication” that led to choking on his vomit.

Kay was indicted last year on counts of conspiring to “posses with the intent to distribute” fentanyl and distributing the drug that allegedly led to Skaggs’ death. Kay has pleaded not guilty.

Prosecutors subpoenaed the Angels in July, seeking, “Any and all documents, records, reports, and information made, commissioned, or obtained by Angels Baseball, LP regarding the distribution of drugs by any Angels Baseball, LP employees or contractors or otherwise within the organization.”

The Angels produced two declarations and a log listing documents the organization would keep private because of attorney-client privilege.

Prosecutors assailed the response in a motion to compel filed two weeks ago, writing that it “strains credulity to accept any assertion that the Angels organization has not a single document, record, or report for months after one of its pitchers overdosed and died on a trip taken by the team.” A spokeswoman for the prosecutors declined to comment on Tuesday’s filing by the Angels.

In it, the team said it previously gave prosecutors almost a million pages of documents related to Kay and Skaggs. That included an image of Kay’s laptop computer and “all of Kay’s emails and documents from 2016 onward.” The team facilitated the interviews of “numerous” employees by federal prosecutors in Texas and California — including in recent weeks — and the search of Kay’s office and Skaggs’ locker at Angel Stadium by law enforcement in December 2019.

“When Angels Baseball cleaned out Kay’s office and found potentially relevant items that the government agents had missed, it immediately informed the government and produced those items,” the response said.

The tone of the filing is exasperated at times, noting that prosecutors had “appeared appreciative” of the team’s “cooperative approach” until this dispute.

“Yet now the government asserts without evidence that there ‘must’ be more documents related to drug distribution,” the filing said. “The claim is baseless, and the government fails to meet its burden of specifically identifying relevant, admissible documents that would be responsive to the subpoena other than those protected by the attorney-client privilege and work product doctrine.”

Neuman, a former federal prosecutor now with the law firm Bird Marella, investigated the circumstances surrounding Skaggs’ death starting in December 2019 on behalf of the Angels. The probe concluded the organization didn’t know Skaggs was using opioids “nor was anyone in management aware or informed of any employee providing opioids to any player.”

Tuesday’s filing by the Angels said interviews with current and former employees during the investigation weren’t recorded or transcribed, and the team and its attorneys haven’t shared communication about the inquiry with third parties.

“All Angels Baseball has withheld from the government is the identity of precisely which documents counsel reviewed, and which individuals counsel interviewed, because the documents counsel selected to review, and the people it chose to interview, reflect counsel’s strategy and mental impressions,” the filing said.

The cover letter attached to the subpoena said it was “directed only at records of the internal investigation,” according to the filing, but prosecutors changed course and told the Angels the subpoena was “never limited to those documents.”

The Angels insist they’ve already given prosecutors every responsive document that isn’t privileged.

“The government does not identify a single relevant, non-privileged, and unproduced document in Angels Baseball’s possession that would be responsive to the subpoena,” the filing said. “The assertion that some exist is pure conjecture.”

Denial of responsibility! TechiLive.in is an automatic aggregator around the global media. All the content are available free on Internet. We have just arranged it in one platform for educational purpose only. In each content, the hyperlink to the primary source is specified. All trademarks belong to their rightful owners, all materials to their authors. If you are the owner of the content and do not want us to publish your materials on our website, please contact us by email – [email protected]. The content will be deleted within 24 hours.
AngelsCaseDocumentsnews updateobjectprosecutorsRequestSkaggs
Share

Venom: Let There Be Carnage to Release Two Weeks Later in India