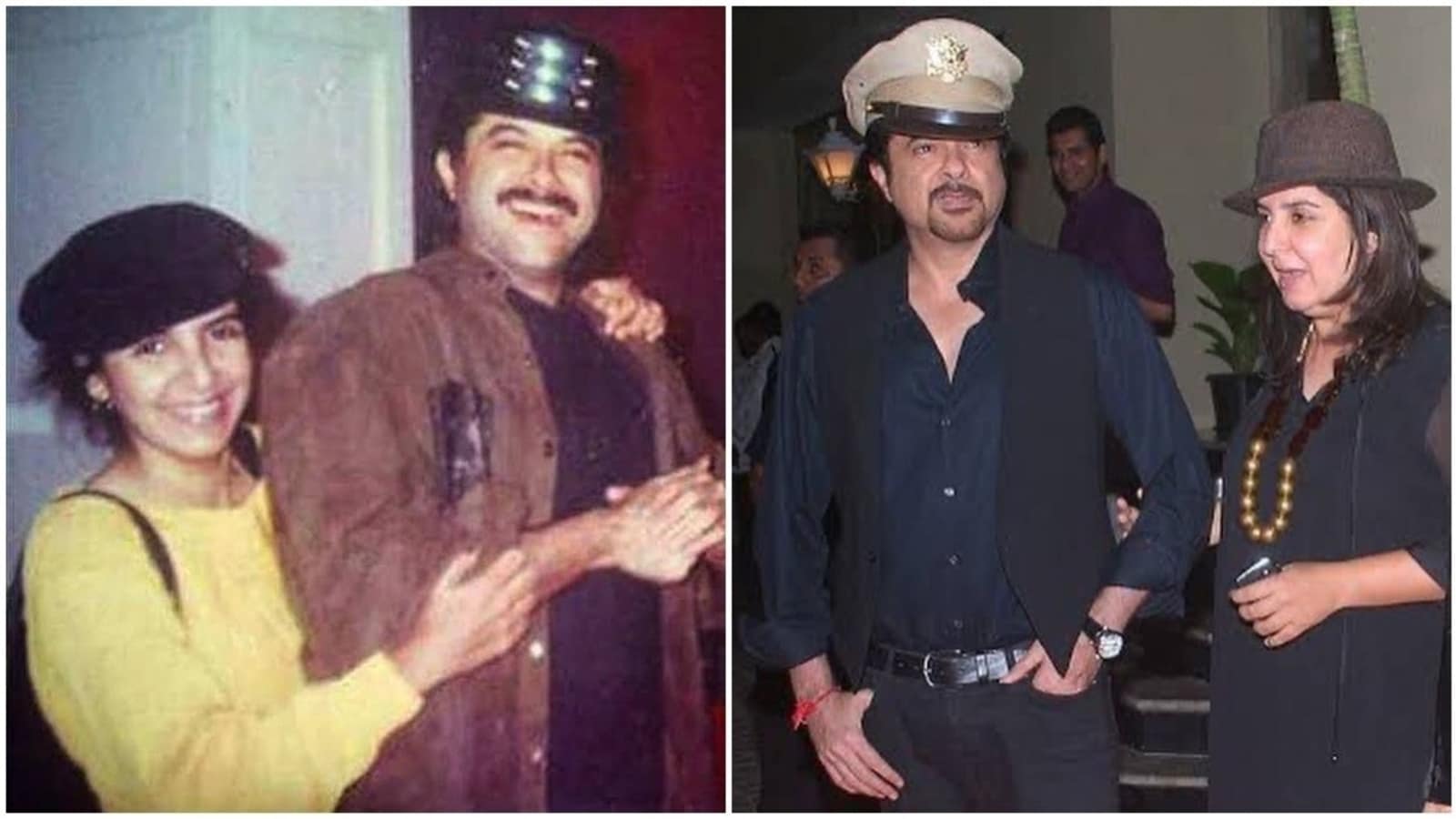 Anil Kapoor wishes Farah Khan with throwback pics on birthday, she calls them ‘original Jai and Veeru, Ram and Lakhan’

Actor Anil Kapoor on Sunday wished filmmaker Farah Khan on her 57th birthday with throwback photos. Taking to Instagram, Anil shared a picture in which a young Farah and Anil enjoyed a laugh together.

In the photo, Anil Kapoor was dressed in a brown jacket over a black T-shirt and had a black cap. Farah Khan, dressed in a yellow top and black cap, held onto him as she smiled. In the second picture, taken in recent years, the duo was seen in dark attires seemingly at an event.

Sharing the post, Anil captioned it, “Happy Birthday @farahkhankunder! Some things never change and our friendship is definitely one of them! So glad to have you in my life! Here’s to always killing it on and off the screen! Love you Papaji!”

Taking to the comments section, Farah said, “Papaji we are the original Jai and Veeru, Ram and Lakhan. Love you papaji, you’re the best.”

Several other celebs also wished Farah on her birthday. Taking to Instagram Stories, Madhuri Dixit shared a photo. She wrote, “Birthday greetings to my dearest @farahkhankunder. Wishing you another year full of madness and an inimitable energy. Big hugs and loads of love to you.”

The duo collaborated on many projects including the 2013 song Ghagra from the movie Yeh Jawani Hai Deewani. Farah choreographed the dance steps for Madhuri.

Last month, Farah celebrated her 17th wedding anniversary with her husband, filmmaker Shirish Kunder. On Instagram, she had priceless pictures from her wedding album. She had captioned the post, “17 years today! Even then @shirishkunder s hair was better than mine #anniversary outfits: @manishmalhotra05.”

In December, on the eve of late actor Rajesh Khanna’s birth anniversary, producer Nikhil Dwivedi had announced a biopic on him. He had said, “Yes, I’ve acquired the rights to Gautam Chintamani’s book, Dark Star, and I’m in talks with Farah Khan to make the film. That’s all I can say for now,” reported news agency ANI. Farah had said, “Yes I have read Gautam’s book and it’s very fascinating. It’s definitely an exciting story. We are in a conversation over this but I cannot comment more.”

Denial of responsibility! TechiLive.in is an automatic aggregator around the global media. All the content are available free on Internet. We have just arranged it in one platform for educational purpose only. In each content, the hyperlink to the primary source is specified. All trademarks belong to their rightful owners, all materials to their authors. If you are the owner of the content and do not want us to publish your materials on our website, please contact us by email – [email protected]. The content will be deleted within 24 hours.
AnilAnil KapoorAnil Kapoor Farah KhanAnil Kapoor Farah Khan instagramBirthdaycallsentertainment newsEntertainment update
Share