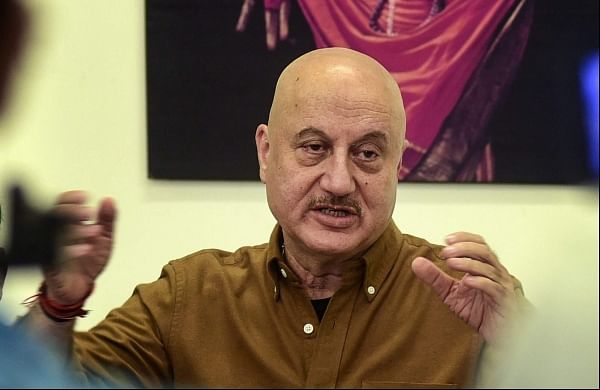 Anupam Kher clocks 37 years in films, credits ‘Saaransh’ for his longevity in industry

MUMBAI: Veteran star Anupam Kher on Tuesday completed 37 years in the film industry and the actor said if not for his debut movie “Saaransh”, he wouldn’t have reached the milestone in his career.

The 1984 Mahesh Bhatt-directed drama revolved around an old couple who lends a room on rent after the death of their only son.

Kher, who was 28-year-old when he starred in the film, portrayed the role of a retired middle-class teacher B V Pradhan who loses his son.

“My 37th birthday in cinema. My first film #Saaransh completes 37 years today. It was the best debut an actor could dream of. Certain scenes are still part of my soul.

“I had no idea what will (be) my fate after the film! I just wanted to give my everything to it. If I am still around it is because #Saaransh was my first film,” he wrote.

The 66-year-old actor said he is thankful to Bhatt, Rajshri Films and the audience for their love and support.

“Saaransh” was India’s official entry for the 1985 Academy Awards for the best foreign language film Oscar.

Some of his international projects include movies “Bend It Like Beckham”, “Bride and Prejudice”, “Silver Linings Playbook”, “The Big Sick” and “The Boy With The Topknot”.

He has also starred in series “Sense 8” and “New Amsterdam”.

He is a recipient of two National Film Awards for his performance in “Daddy” and “Maine Gandhi Ko Nahin Mara”.

Loading...
Denial of responsibility! TechiLive.in is an automatic aggregator around the global media. All the content are available free on Internet. We have just arranged it in one platform for educational purpose only. In each content, the hyperlink to the primary source is specified. All trademarks belong to their rightful owners, all materials to their authors. If you are the owner of the content and do not want us to publish your materials on our website, please contact us by email – [email protected]. The content will be deleted within 24 hours.
Anupamanupam kherclocksCreditsentertainment newsEntertainment updatefilmsindustry
0
Share

Indians Have Finally Started Adding Proteins to Their Diet: Survey