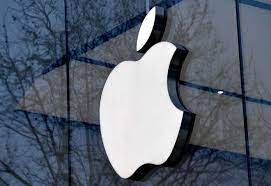 Apple stopped over $1.5B in potentially fraudulent transactions in 2020

Apple protected customers from more than $1.5 billion in potentially fraudulent transactions on its App Store, preventing the attempted theft of their money, information and time and kept nearly a million risky new apps out of their hands last year, the company has announced.

In 2020, about 95,000 apps were removed from the App Store for fraudulent violations, predominantly for these kind of bait-and-switch manoeuvres, the tech giant said in a statement late on Tuesday.

“When such apps are discovered, they’re rejected or removed immediately from the store, and developers are notified of a 14-day appeals process before their accounts are permanently terminated,” Apple informed.

The team rejected more than 48,000 apps for containing hidden or undocumented features, and more than 150,000 apps were rejected because they were found to be spam, copycats, or misleading to users in ways such as manipulating them into making a purchase.

“Another common reason apps are rejected is they simply ask for more user data than they need, or mishandle the data they do collect,” the company said.

In 2020, the App Review team rejected over 215,000 apps for those sorts of privacy violations. Apple believes privacy is a fundamental right, and this commitment is a major reason why users choose the App Store.

“Even with these stringent review safeguards in place, with 1.8 million apps on the App Store, problems still surface,” Apple admitted.

Apple said it relies on a sophisticated system that combines machine learning, artificial intelligence, and human review by expert teams to moderate these ratings and reviews to help ensure accuracy and maintain trust.

“Unfortunately, sometimes developer accounts are created entirely for fraudulent purposes. If a developer violation is egregious or repeated, the offender is expelled from the Apple Developer Programme and their account terminated,” the company mentioned.

Apple terminated 470,000 developer accounts in 2020 and rejected an additional 205,000 developer enrollments over fraud concerns, preventing these bad actors from ever submitting an app to the store.

Denial of responsibility! TechiLive.in is an automatic aggregator around the global media. All the content are available free on Internet. We have just arranged it in one platform for educational purpose only. In each content, the hyperlink to the primary source is specified. All trademarks belong to their rightful owners, all materials to their authors. If you are the owner of the content and do not want us to publish your materials on our website, please contact us by email – [email protected]. The content will be deleted within 24 hours.
Loading...
15BApplefraudulentgadget updatepotentiallystoppedtech newstech update
0
Share