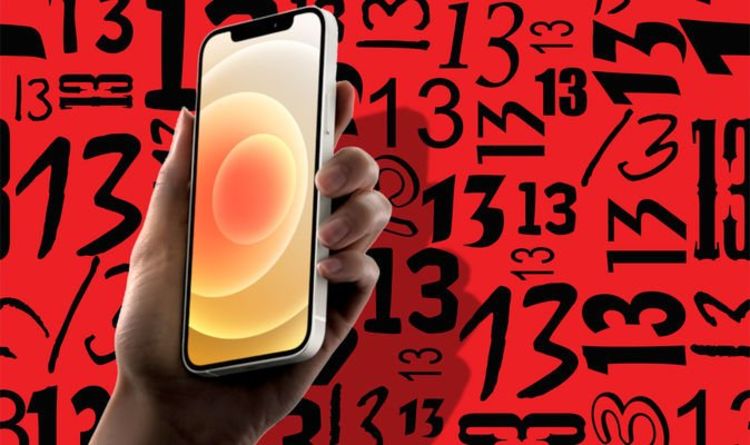 Apple launched four new smartphones during its annual hardware showcase last year – iPhone 12, 12 mini, iPhone 12 Pro, and 12 Pro Max. These four handsets, which all use the same version of iOS and super-speedy processor but have different screen sizes, colour options, and a number of cameras, followed on from the iPhone 11 and iPhone 11 Pro ranges that launched a year earlier. And so, logic dictates that we’ll see an iPhone 13 emerge this year.

Of the possible names for the next-generation iPhone series, tipsters seem to agree that iPhone 12S is the most likely. Apple has used the “S” suffix in the past to denote that its iPhone will have the same industrial design, but will include improvements under the bonnet. For years, the Californian company alternated between a numbered release and a smaller “S” year. However, that pattern has become much less predictable.

When Apple was scheduled to release an iPhone 7S a few years ago, it instead chose to brand its new model the iPhone 8. While the iPhone XS followed the iPhone X, the iPhone 11 was followed by the iPhone 12. Leakster Jon Prosser, known as the host of the immensely-popular Front Page Tech show on YouTube, is one of the most vocal tipsters around the iPhone 12S name. According to Prosser, Apple will then skip “iPhone 13” entirely – and launch an iPhone 14 in late 2022.

The skittishness around the iPhone 13 branding is understandable. The association of the number 13 with bad luck has some very real consequences.

Building developers often struggle to shift apartments on the thirteen floor, hotels will often miss out floor 13 entirely to avoid this issue, and couples avoid getting married on the 13th of the month like the plague – despite it often carrying a more reasonable price tag because its unpopular status. In fact, one of the only people that the number 13 benefits are movie studios trying to flog tickets to a Friday the 13th movie, and psychologists who are treating patients for triskaidekaphobia – the fear of the number 13.

MORE LIKE THIS
Your iPad could be outdated in days, here’s why OnePlus won’t be happy

It’s true that Apple hasn’t shied away from using “13” in its branding before. The Cupertino-based firm has released both its A13 Bionic chipset and iOS 13 in recent years. However, the iPhone is much higher stakes for Apple. This single product has been responsible for generating almost half of Apple’s revenue and is one of the most popular consumer products to have ever launched. In other words – it’s not the sort of success story you want to fumble because of consumers’ superstition.

With some analysts pointing to the launch of a new folding form-factor coming to the iPhone line-up in late 2022 or 2023, it’s possible that Apple will shake-up the branding of its iPhone entirely in the coming years. After all, do we really expect to see the iPhone 23S hit store shelves in a couple of years?

When Samsung introduced its foldable handset, it rebranded the smartphone series to the “Galaxy Fold” – resetting the numbering system. While it does still have a Galaxy S21 on sale right now, many analysts expect this range to merge with the Galaxy Note in the coming years. If accurate, that would mean both of Samsung’s flagship smartphone series would have a relatively low number associated with it – allowing them to climb the single digits all over again. To avoid ever-escalating numbers, Microsoft opted to keep its Windows operating system on “Windows 10” permanently.

Many expected Apple to ditch the numbers associated with its iPhone when it introduced the “iPhone X”, although the company stipulated that “X” was the Roman numeral for “10” and not a new branding exercise. The company has previously tried ditching numbers with its “The New iPad”, which launched back in 2012 to the confusion of almost everyone (and resulted in most people colloquially referring to it as “iPad 3” anyway. While the numbers haven’t returned to the series since, Apple tends to use the year of release to distinguish between models now. It uses the same convention with the MacBook line.

Apple usually holds its annual iPhone launch event in September, so there’s not long to wait before we find out whether number 13 promises to be unlikely for one of the richest companies in the history of the planet.

Inside The Falcon and the Winter Soldier, Marvel’s New Disney+ Series