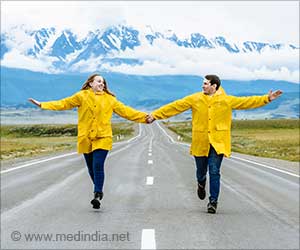 Are People Living at Higher Altitudes at Lower Risk of Stroke?

Strikingly, the study finds that people living at higher altitudes have a lower risk of stroke and stroke-related death, and that this protective effect is strongest at between 2,000 and 3,500 meters.

Having the right altitude

Stroke is a leading cause of death and disability worldwide. A stroke typically occurs because of a blockage, such as a blood clot, in one of the arteries supplying blood to or within the brain.

You may be familiar with some of the most common lifestyle and health factors that contribute to stroke risk, including smoking, high blood pressure, high cholesterol, and lack of physical activity. However, there is another overlooked factor that could also affect your stroke risk – altitude.

Higher altitude means less oxygen availability, so people who have lived on higher ground have adapted to these conditions. However, how this environment affects someone’s chances of developing stroke is still unclear.

Anecdotal evidence suggests that short-term exposure to low oxygen can contribute to increased blood clotting and stroke risk, but the risk among people who permanently live at high altitude is not clear.

Researchers in Ecuador are in a unique position to explore these phenomena, as the presence of the Ecuadorian Andes means that people in the country live at a wide array of altitudes.

“The main motivation of our work was to raise awareness of a problem that is very little explored,” explained Prof Esteban Ortiz-Prado of the Universidad de las Americas in Ecuador, and lead author on the study.

“That is, more than 160m people live above 2,500 meters and there is very little information regarding epidemiological differences in terms of stroke at altitude. We wanted to contribute to new knowledge in this population that is often considered to be the same as the population living at sea level, and from a physiological point of view we are very different.”

The results showed that people who lived at higher altitudes (above 2,500 meters) tended to experience stroke at a later age compared with those at lower altitudes.

Intriguingly, people who lived at higher altitudes were also less likely to be hospitalized or die because of stroke. However, this protective effect was greater between 2,000 and 3,500 meters and tailed off a little above 3,500 meters.

So, why might living at high altitudes protect against stroke? It may be that people who live at high altitude have adapted to the low oxygen conditions, and more readily grow new blood vessels to help overcome stroke-related damage. They may also have a more developed vascular network in their brains that helps them to make the most of the oxygen they intake, but this could also protect them from the worst effects of stroke.

More research is needed to identify the mechanisms behind this phenomenon, but the results may be some comfort to those who live on top of the world.

Denial of responsibility! TechiLive.in is an automatic aggregator around the global media. All the content are available free on Internet. We have just arranged it in one platform for educational purpose only. In each content, the hyperlink to the primary source is specified. All trademarks belong to their rightful owners, all materials to their authors. If you are the owner of the content and do not want us to publish your materials on our website, please contact us by email – [email protected]. The content will be deleted within 24 hours.
AltitudesHealth newsHealth updateHigherimprove oxygen levelslivingLiving At Higher AltitudesLower Risk Of Stroke
Share

Bigg Boss 15: Step inside the new house for Salman Khan’s show with creepers, climbers and a huge flamingo. See pics

From Cardinals’ corner, Jalen Ramsey has been most valuable Ram in 3-0 start