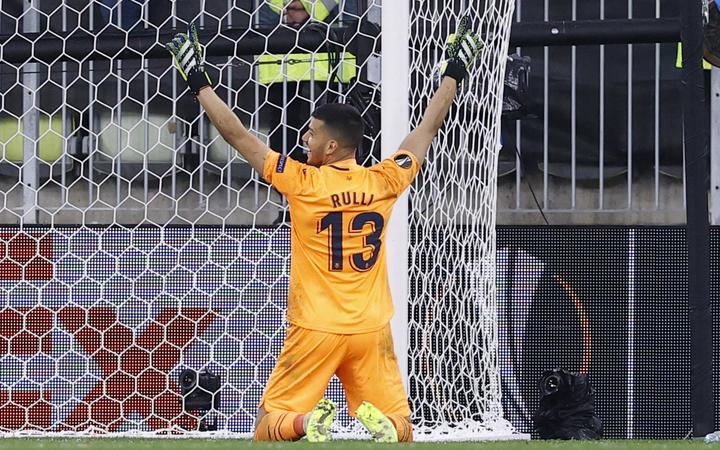 Argentine goalkeeper the hero for Spanish side

In the first European final to be played in front of a crowd in two years amid the COVID-19 pandemic, Villarreal survived a tough second half to secure a 1-1 draw after extra time before going on to edge a tense shootout.

The win gave Villarreal coach Unai Emery a record fourth title in the competition, leaving United without a trophy since their Europa League triumph in 2017.

Gerard Moreno stretched to reach Dani Parejo’s free kick and steered the ball past De Gea to open the scoring in the 29th minute, only for United to level when Edinson Cavani poked the ball home after collecting Marcus Rashford’s deflected shot on 55 minutes.

After no goals were scored in extra time, all outfield players scored their penalties and Rulli coolly beat De Gea before saving the United keeper’s penalty kick.

Villarreal were playing their first ever major final and coach Emery recognised United were favourites due to their more storied history, but urged his side to “keep breaking down barriers” after four semi-final exits.

Emery is renowned for his diligent study of opponents and although United made the stronger start, his side managed to minimise their strengths, ensuring Bruno Fernandes was deprived of space to create danger and Cavani had little wiggle room.

Their only chances in the first half were wayward shots from Scott McTominay and Luke Shaw and while Villarreal did not exactly sparkle, they made their one chance count from a free kick given away by Cavani. 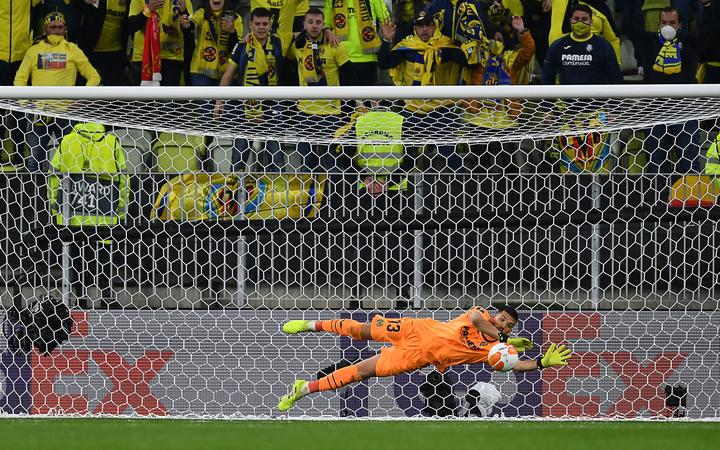 It was Moreno’s 30th goal of the season and saw him become Villarreal’s joint-top scorer of all-time alongside Giuseppe Rossi.

United continued to take the initiative after the interval and levelled with a scrappy goal as Rashford volleyed against a crowd of bodies following a corner and the ball deflected into the path of Cavani, who stroked it into an unguarded net.

The Uruguayan had a couple more half chances to find the winner while Rashford missed a gilt-edged opportunity but was offside anyway.

Villarreal had barely a sniff down the other end until defender Pau Torres had a chance to find a late winner, but failed to keep his shot under the bar.

Villarreal were the better side in the first half of extra time after Emery made all five changes before fulltime, contrasting with United coach Ole Gunnar Solskjaer, who did not make his first change until the 100th minute.

The five substitutes he did make all scored their penalties in an enthralling shootout but De Gea could not keep his nerve and lost the battle with his opposite number Rulli.

Loading...
Denial of responsibility! TechiLive.in is an automatic aggregator around the global media. All the content are available free on Internet. We have just arranged it in one platform for educational purpose only. In each content, the hyperlink to the primary source is specified. All trademarks belong to their rightful owners, all materials to their authors. If you are the owner of the content and do not want us to publish your materials on our website, please contact us by email – [email protected]. The content will be deleted within 24 hours.
ArgentineAudioCurrent AffairsgoalkeeperheroNewsnews updatePodcasts
0
Share