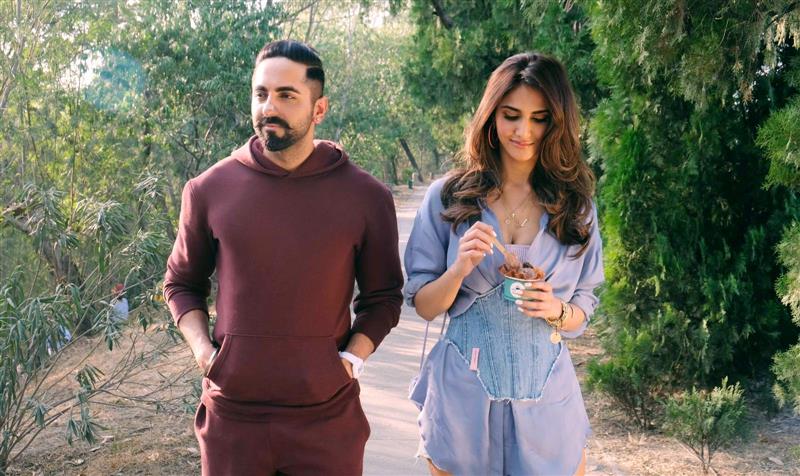 As Chandigarh Kare Aashiqui becomes the most-streamed content on OTT within 24 hours of its release, we look at how the city lives and breathes in the film

Within 24 hours of Chandigarh Kare Aashiqui releasing on OTT platform Netflix on January 7, it became the most-streamed content. As the movie goes around the world, we look at it not just from the angle of gender inclusivity but also through the lens of a Chandigarhian!

While the city gets its due share in songs—Ranjit Bawa’s Yaari Chandigarh Waliye, Hardy Sandhu-Badshah’s Dila doon ghar Chandigarh mein to the original Chandigarh Kare Aashiqui sung by Hardeep Singh (remixed for the film) —the Ayushmann Khurrana-starrer brings the city’s name into a film title. While the credit for the title has often been given to Ayushmann, the actor from the city, shares how the title actually came from his other half, Tahira Kashyap, who is also a city resident. So how did this Chandigarh da munda relate to this Punjabi character? Ayushmann, himself a Chandigarh lad, may have been markedly different from Manu Munjal, but as he puts it, “In Chandigarh one often meets guys like him. You bump into such characters, for whom physicality matters the most all the time, especially at the gyms. Even during my college days, while playing cricket, I met many of his kind.”

Many iconic landmarks of the city come alive in the cinematography by Manoj Lobo. As for the cultural inflections, the city designed by a French architect is a perfect getaway for many residents of nearby towns. No wonder Vani Kapoor, a trans-woman trying to find a new life in this very city, hails from Ambala.

The film, directed by Abhishek Kapoor, justifies its title, feels choreographer Jas K Shan, whose fleeting glimpse one sees through the zumba sequences. “Though shot in Covid times, the film’s got the city feel,” she says.

“From boating at Sukhna Lake to the well-maintained gardens and cycling around Leisure Valley, Chandigarh Kare Aashiqui has a feel of the city. While the title justifies the city it is set in, it is a different ashiqui that takes the cake here,” laughs comedian Ssumier S. Pasricha.

“Chandigarh Kare Ashiqui has now become a folk song,” says singer Harpreet Singh, who first sang the song in the 90s. “There have been many renditions of the song, but with city actor Ayushmann starring in the film, it creates magic,” he adds.

The theme gets amplified in how different characters take the story forward. Over indulgent sisters taking charge of their brother’s love life to Yograj Singh as the mentor, are characters that one can well relate to if hailing from Chandigarh. “Not only one gets to see Chandigarh locales, but also witness the typical mindset. The film reflects how a typical Punjabi would react to a taboo topic,” says Jas K shan.

Well-known theatre director Neelam Mansingh Chowdhry says, “I felt as if the city never became a character in the film, Since there is Chandigarh in the title, I hoped for more signages. But I do like that the film talks about an off-beat topic.”

Denial of responsibility! TechiLive.in is an automatic aggregator around the global media. All the content are available free on Internet. We have just arranged it in one platform for educational purpose only. In each content, the hyperlink to the primary source is specified. All trademarks belong to their rightful owners, all materials to their authors. If you are the owner of the content and do not want us to publish your materials on our website, please contact us by email – [email protected]. The content will be deleted within 24 hours.
AashiquibreathesChandigarhCityContententertainment newsEntertainment updateFilm
Share