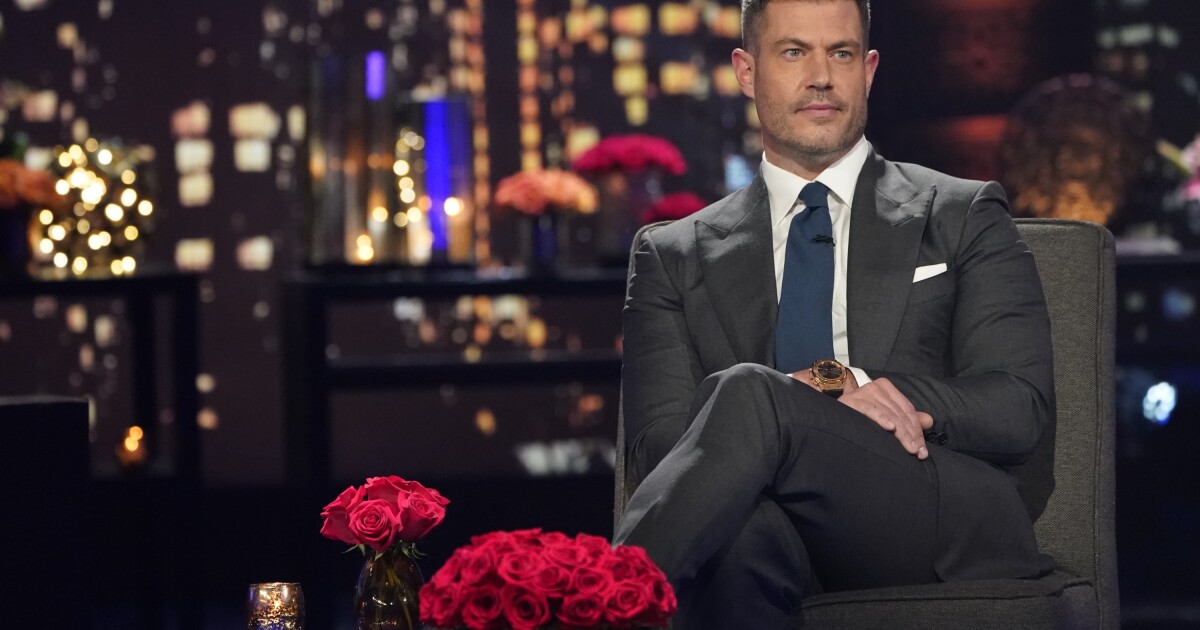 As scandal threatens its finale, ‘The Bachelor’ delivers a shocker to finalists, fans

The following contains major spoilers for Part I of the “Bachelor” Season 26 finale.

There were more tears than roses during the first part of “The Bachelor’s” season finale on Monday. And more tears will almost certainly be shed before the final rose arrives on Tuesday.

A live studio audience watched as former football player Clayton Echard, this season’s Bachelor, delivered a shocker to finalists Gabby Windey and Rachel Recchia when he informed them that the third finalist, Susie Evans, had departed the show after finding out he had sex with both of them. The announcement tremendously upset both women — Echard had told both during their overnight dates that he was falling in love with them.

After a lot of tears and frank talk, Echard persuaded both women not to join Evans in leaving the show. He introduced Windey and Recchia to his family, who had flown to Iceland to see their son propose to one of the finalists.

Both gatherings went well, with Echard’s parents and siblings saying they liked both Windey and Recchia. But then Echard threw them for a curveball by saying he had not gotten over Evans, and had decided she was the real mate he wanted to marry: “I love Gabby and Rachel, but when Susie left, my whole life just flipped upside down.”

“The Bachelor” host Jesse Palmer dropped in on the family to tell them that Evans was still in Iceland, ending the episode on a cliffhanger as to what will happen when Echard pursues her in Tuesday’s conclusion to the finale.

1. Windey and Recchia both collapsed in tears when Echard told them about Evans’ departure. Recchia eventually composed herself and agreed to stay, accepting Echard’s rose. But Windey told him she could not accept the rose, telling him she didn’t want her love for him to be measured. Echard started to walk her out, then pleaded with her to give him a chance, saying their love was worth fighting for. She returned and accepted his rose.

2. Echard’s father was clearly not pleased with his son’s treatment of the women who loved him. “You screwed the pooch, in my opinion,” he said. When Echard told them he felt he had something special with Evans, he said, “She didn’t think so… You’re grasping at straws. That’s done. Gone. History.”

3. Echard, who has been accused by many in Bachelor Nation of gaslighting and manipulating Evans, may be the most mixed-up and indecisive Bachelor in franchise history. And the decision to turn the finale into a “to be continued…” two-parter suggests that producers were more than happy to milk those failings for all the drama they’re worth. Whether that means conjuring the happily-ever-after fantasy fans are used to will have to wait for Tuesday night.

Denial of responsibility! TechiLive.in is an automatic aggregator around the global media. All the content are available free on Internet. We have just arranged it in one platform for educational purpose only. In each content, the hyperlink to the primary source is specified. All trademarks belong to their rightful owners, all materials to their authors. If you are the owner of the content and do not want us to publish your materials on our website, please contact us by email – [email protected]. The content will be deleted within 24 hours.
Bachelordeliversentertainment newsEntertainment updatefansFinalefinalistsnews update
Share

Male menopause, ways to maintain your feel-great weight, a child gets a new ear, and more health news