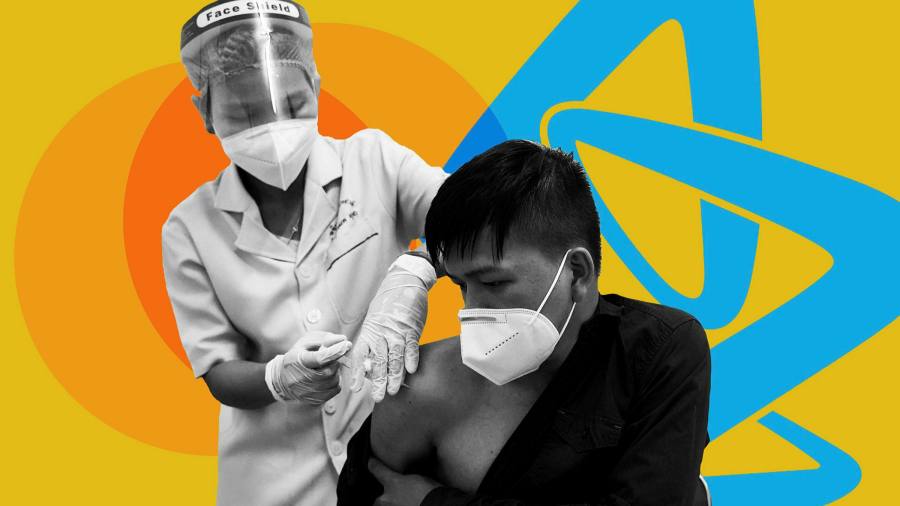 When Pascal Soriot unveiled AstraZeneca’s new vaccine strategy he could scarcely hide his exasperation. After thrusting his company into the frontline of the battle against Covid by developing a low-cost jab, the chief executive appeared frustrated he was not receiving the plaudits he might have expected.

“I know some people find it difficult to believe but we did actually start this project to help,” he told reporters last week.

The Anglo-Swedish drugmaker refused to initially make a profit on the 2bn vaccines it made with the University of Oxford, while rivals were pocketing billions. This year it has made a loss on the vaccine of 3 cents per share.

But setbacks, from delayed deliveries to a rare side effect and lower efficacy rates than mRNA jabs, have garnered the wrong kind of headlines. Last week, Soriot appeared to be steeling himself for a new wave of criticism after he announced the company would now make a “modest” profit in high and middle income countries, while keeping the vaccine non-profit for the poorest.

“We also said that at some stage in the future, we will transition [to] commercial orders but it will never be high priced because we want a vaccine to remain affordable to everybody around the world,” he said. “It has a future but it’s certainly not something that we see as a huge profit earner, that’s for sure.”

The condemnation swiftly followed: campaigners questioned why the company was switching to a strategy for “endemic Covid”, when the pandemic is clearly not over. Soriot said he had consulted experts before making the call but people familiar with the matter said that did not include the World Health Organization.

The bigger question for the future of AstraZeneca’s vaccine is: who will be buying it?

The US has not yet approved it and the EU has a huge order with Pfizer stretching into 2023. Even its home country, the UK, has turned away from the AstraZeneca shot: while it has administered about 50m in total, safety reporting data estimates that in the three months to early November a maximum of 400,000 AstraZeneca shots were given.

“It served us well in the first stage of the rollout but the AstraZeneca vaccine has now run out of road in the UK,” said Prof Azeem Majeed, head of the department of primary care and public health at Imperial College London.

AstraZeneca’s latest travail came when the UK decided to use Pfizer to power its booster campaign, even though it still had an order of tens of millions of doses of its homegrown shot, officially known as Vaxzevria. It was a stark reversal for a government that had celebrated the shot as the best of British and invested public money to help bring it to fruition.

In February, deliveries were evenly split between AstraZeneca and Pfizer but by September, the balance had shifted heavily towards the US pharma group, which accounted for 92 per cent of the doses arriving, according to health analytics firm Airfinity. Some 600,000 doses of the AstraZeneca vaccine have already been thrown away, although that was less than health officials forecast.

The Joint Committee on Vaccination and Immunisation, the government advisory body, selected Pfizer and Moderna as the preferred vaccines for the UK’s booster campaign, based partly on a study that found better efficacy from giving AstraZeneca recipients a dose of Pfizer, and partly on concerns about a rare side effect. One person familiar with the discussions said the advisers were reluctant to recommend AstraZeneca to vaccinated people previously inoculated with Pfizer as there was no point risking possible side effects from the first dose of an AstraZeneca jab.

People familiar with the thinking inside AstraZeneca said the chief executive’s irritation at being excluded was made more intense by the fact that he received little or no advance warning. While he was not “territorial”, he had expected his company’s product to form part of the campaign alongside the mRNA vaccines, one person said.

Boris Johnson, the British prime minister, and a cheerleader for the AstraZeneca jab, was himself regretful at its exclusion, two people said. Johnson publicly pressed its advantages to Brazilian president Jair Bolsonaro on a trip to the country just days after the announcement it would play little part in the UK booster rollout.

Some inside the company believe they may have been outflanked by a superior government relations operation by Pfizer. Another person close to the vaccine effort linked it to the government’s decision to purchase an extra 60m doses of Pfizer in April, suggesting it needed to be used up before it expired to justify the expenditure of public funds.

The government said the use of Pfizer and Moderna for the booster programme had been “recommended by the independent JCVI” after extensive clinical trials found it to provide the best protection.

Early study results may not be the ultimate proof that Pfizer is the best booster. Under the chosen protocol, the third dose was administered 10 to 12 weeks after the second to generate results by the end of the summer. Clive Dix, former interim chair of the UK’s vaccines task force, said this would make the mRNA jabs look better because they give a “strong early response”.

Still, Soriot and his team are now concentrating on opportunities beyond the UK, believing their vaccine could become the booster of choice in middle income countries, a commercial opportunity that will dwarf that offered by the UK immunisation campaign, according to one person close to the discussions. The individual described the UK effort as “a sideshow”, adding that Soriot was “focused on the global market not whether Mary in Maidenhead gets a booster shot”.

One high ranking UK official with direct knowledge agreed that AstraZeneca “doesn’t really have a future in the UK” but said: “There is a future for AZ in the rest of the world because it’s easy to handle and it is not a bad vaccine.”

AstraZeneca has recently signed its first for-profit contracts for the vaccine but has not disclosed which countries are on the other end of those deals. The company is likely to find the most willing buyers in countries that have been dependent on the Chinese vaccines, which appear to be less effective, particularly against the Delta Covid variant.

Soriot has pointed to a large Latin American study that he said showed “very strong” results when using AstraZeneca as a booster after CoronaVac, the shot developed by China’s Sinovac. Sinovac has delivered 2.1bn shots to date, according to health analytics firm Airfinity, with Indonesia, Turkey and Brazil the recipients of the most doses outside of China.

While large, this is not a particularly tempting market for investors, who are hungrier for AstraZeneca’s products and pipeline in higher priced areas such as oncology, and big markets such as China.

AstraZeneca’s vaccine currently sells for about $3 to $4, compared with about $22 in Pfizer’s most recent contracts. The British company has not defined what it means by “modest” profit but Soriot was clear it was far lower than the margin in the high 20 percentage points expected by Pfizer. AstraZeneca also has to pay Oxford 6 per cent of sales.

Credit Suisse forecasts that AstraZeneca will generate revenue of $1bn from the Covid vaccine next year — compared with the $29bn Pfizer has already booked in 2022 contracts — a small part of the UK group’s total predicted revenue of $42bn.

Even though AstraZeneca is starting a division to house the jab and other products for viral respiratory illnesses, analysts do not believe this is the start of a major investment in vaccines. Jo Walton, an analyst at Credit Suisse, said the new unit was a way of “buying time”.

“If they kept it going on a non-profit basis, people might keep asking, ‘How long are you doing this?’ and they would have to make a decision,” she said.

In time, new studies with a longer duration could show the AstraZeneca vaccine makes a good booster for people immunised with an mRNA shot, or there could be ways to use the expertise the company has developed on other products, Walton said.

“I think we’re just waiting to see whether the vaccine subunit within the business spawns something bigger over time,” she added.

Denial of responsibility! TechiLive.in is an automatic aggregator around the global media. All the content are available free on Internet. We have just arranged it in one platform for educational purpose only. In each content, the hyperlink to the primary source is specified. All trademarks belong to their rightful owners, all materials to their authors. If you are the owner of the content and do not want us to publish your materials on our website, please contact us by email – [email protected]. The content will be deleted within 24 hours.
AstraZenecasEducation newsEducation updatehopeslienews updateoverseasRoad
Share