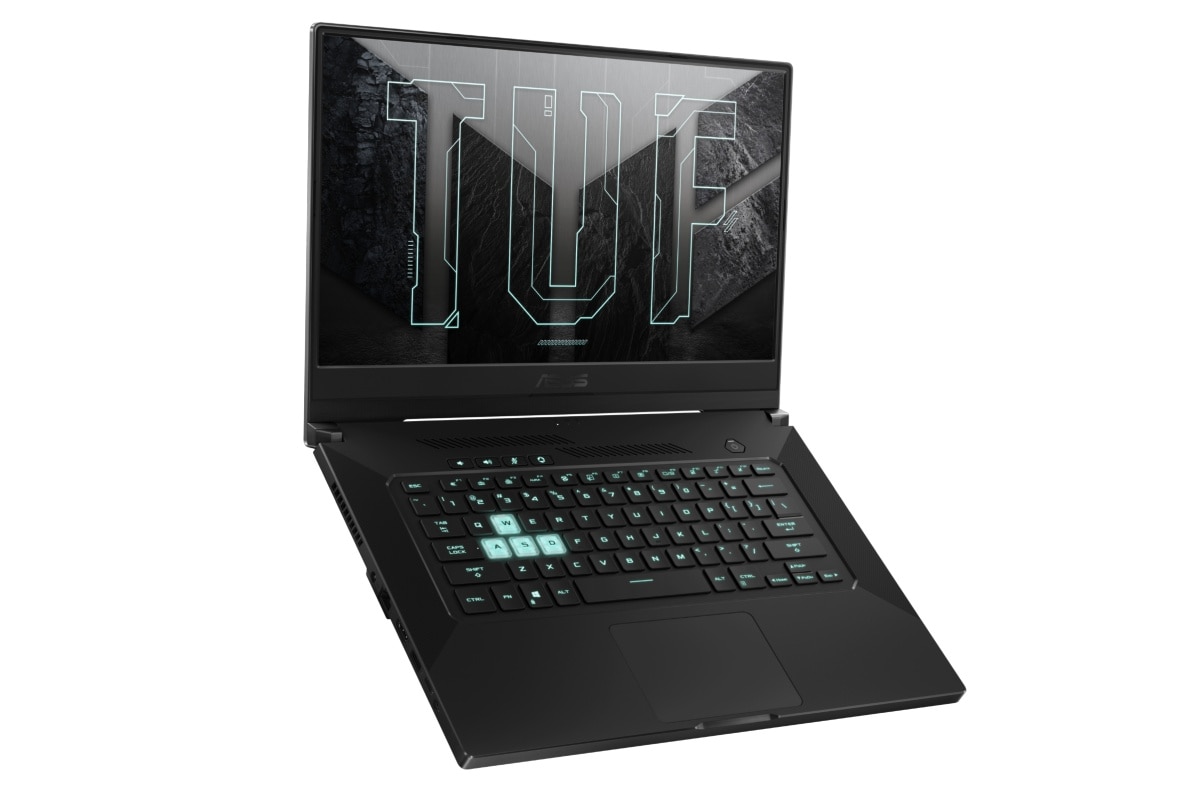 Asus TUF Dash F15 has launched in India with 11th-generation Intel Core H-series processors and up to 240Hz display refresh rate. The gaming laptop by the Taiwanese giant was initially unveiled at CES 2021 in January. The company says it delivers up to 16.6 hours of video playback on a single charge. The Asus TUF Dash F15 also carries up to Nvidia GeForce RTX 3070 GPU. Other key highlights of the latest Asus TUF-series laptop include Thunderbolt 4 port, proprietary two-way AI Noise Cancellation technology, and an MIL-STD-810H military-grade build.

Asus TUF Dash F15 price in India is Rs. 1,39,990 for the Eclipse Grey colour option, while the Moonlight White colour option carries a price tag of Rs. 1,40,990. The laptop will be available for purchase by the end of March through Flipkart and Amazon, as well as Asus Exclusive Stores, ROG Stores, and other offline retailers in the country.

The Asus TUF Dash F15 runs on Windows 10 Home and features a 15.6-inch full-HD IPS display with 240Hz and 144Hz display refresh rate options. The 240Hz display option also comes with 100 percent sRGB colour gamut and 3 milliseconds of response time. Under the hood, the Asus TUF Dash F15 has 11th-generation Intel Core i7-11370H processor, along with room for up to 32GB of DDR4-3200MHz RAM. The laptop also comes with up to Nvidia GeForce RTX 3070 GPU clocked at up to 1390MHz at 80W with ROG Boost.

Asus has provided up to M.2 2230 PCIe SSD of total 1TB capacity. The laptop also includes an additional SSD slot for allowing users expand the storage capacity. There is an easy-upgrade design that lets users upgrade the default storage by unscrewing the pop-open screen at the bottom.

Connectivity options on the Asus TUF Dash F15 include Bluetooth v5.2 and Wi-Fi 6, as well as a Thunderbolt 4 port, three USB-Type A (3.2 Gen1) ports, an HDMI 2.0 port, a 3.5mm headphone jack, and an RJ45 port. There is also a standard keyboard with 1.7 millimetres of travel distance and Bolt-blue backlight.

The Asus TUF Dash F15 comes with a dual-fan channel air cooling system that expels heat using four outlets. There is also a 0db Technology that switches off the built-in fans completely when CPU and GPU temperatures drop below 50-degree Celsius. The laptop includes three distinct modes that are called Scenario Profiles. These include a Turbo mode that maximises performance and fan speeds for intensive tasks and a Performance mode that optimises speed and acoustics. There is also a Silent mode to reduce both power and noise for lighter loads such as Web surfing and video-streaming.

Users can also trigger different Scenario Profiles when using specific apps and games. Additionally, the three different modes can change system settings such as the display profiles and behaviour of the Windows key.

The Asus TUF Dash F15 comes with a 76Whr battery that is claimed to deliver over 16 hours of video playback. The laptop is also bundled with a 200W power adapter that comes with 100W PD charging support. Besides, it measures 360x252x19.9mm and weighs 2 kilograms.

Apple Produced the Most Smartphones in Q4 2020: TrendForce

iPhone and iPad users can watch hundreds of TV shows and…