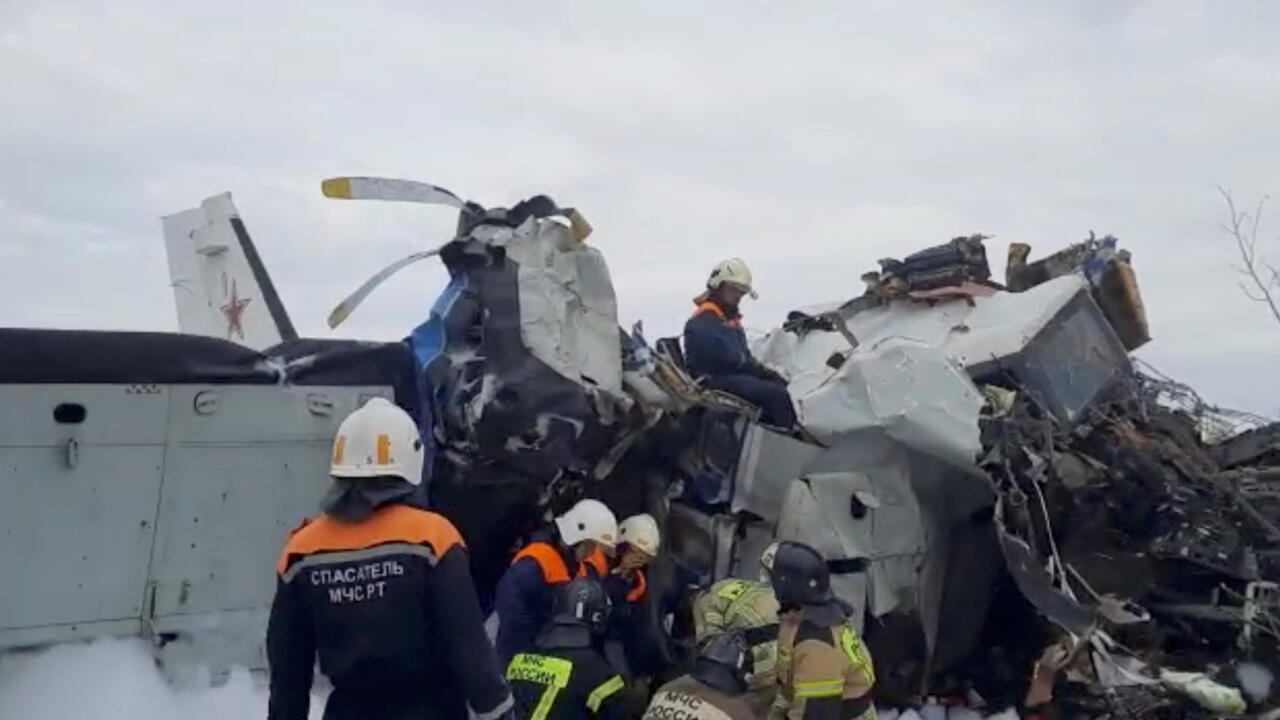 At least 16 killed as plane carrying parachutists crashes in Russia

A plane carrying a group of parachute jumpers crashed after takeoff in the Russian region of Tatarstan early on Sunday, killing 16 people and injuring six, the Emergencies Ministry said.

At a height of 70 metres, the pilots reported that their left engine had failed and attempted an emergency landing near the city of Menzelinsk, trying to turn the plane leftward to avoid an inhabited area, the regional governor said.

But the aircraft’s wing hit a Gazelle vehicle as the plane landed and it overturned, Tatarstan’s governor Rustam Minnikhanov said.

The aircraft had been carrying 20 parachutists and two crew members. Six people were in a serious condition, the Health Ministry said.

The Let L-410 Turbolet twin-engine short-range transport aircraft was owned by an aeroclub in the city of Menzelinsk. The aeroclub declined to comment, citing a law enforcement investigation into the incident.

Cosmonauts use the area for training and the aeroclub has hosted local, European championships and one world championship, the club’s director Ravil Nurmukhametov said, according to TASS.

The Investigative Committee, which probes serious crimes, said it had opened a criminal investigation into a suspected violation of safety regulations.

The state-run Cosmonaut Training Centre has suspended its ties with the aeroclub pending an investigation, TASS cited a source as saying.

Photographs of some of the parachutists on board posing in kit or with a plane were circulated on the REN TV channel and on social media.

Russian aviation safety standards have been tightened in recent years but accidents continue to happen, particularly in remote regions.

An ageing Antonov An-26 transport plane crashed in the Russian far east last month killing six people. All 28 people on board an Antonov An-26 twin-engine turboprop died in a crash in Kamchatka in July.

Denial of responsibility! TechiLive.in is an automatic aggregator around the global media. All the content are available free on Internet. We have just arranged it in one platform for educational purpose only. In each content, the hyperlink to the primary source is specified. All trademarks belong to their rightful owners, all materials to their authors. If you are the owner of the content and do not want us to publish your materials on our website, please contact us by email – [email protected]. The content will be deleted within 24 hours.
accidentaviationcarryingcrashesEuropeHealth newsHealth updatekilled
Share

The case for reopening our colleges