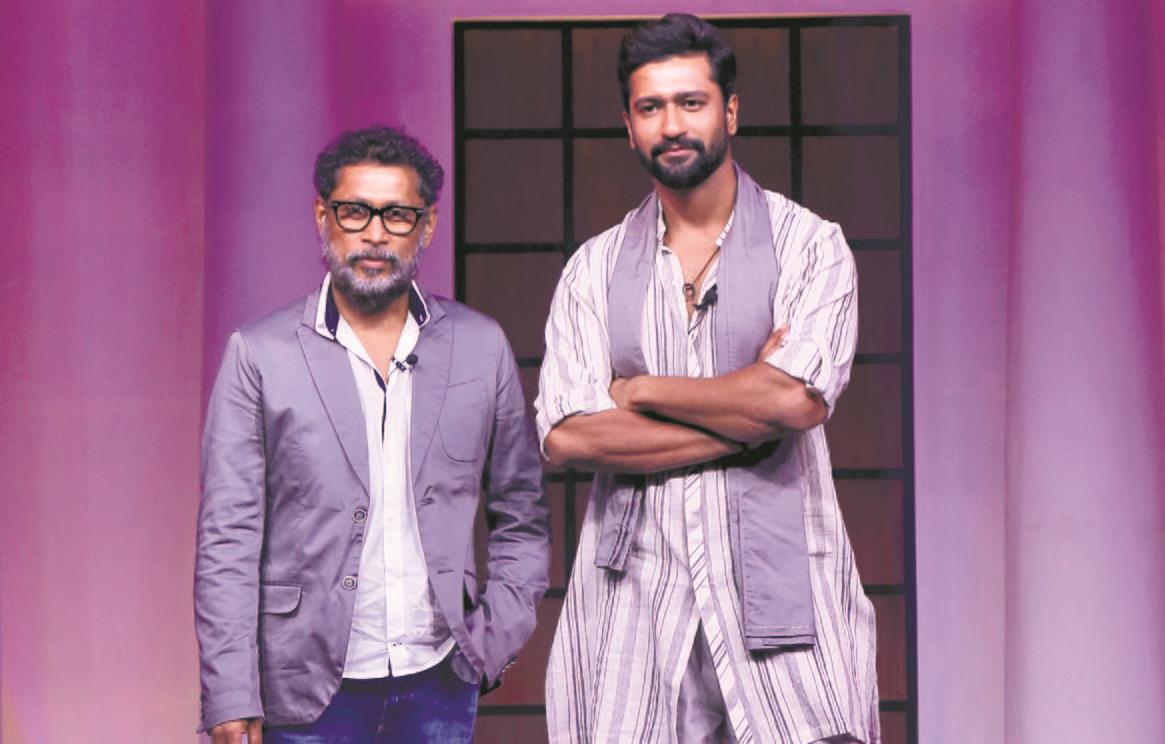 At the trailer launch of Sardar Udham on Thursday, the cast and crew is upbeat about presenting the story of the brave-heart Sardar Udham Singh

We all know all about our hero who waited 21 years to avenge Jallianwala Bagh massacre of 1919. Now, Sardar Udham Singh’s story is ready for its cinematic outing. What makes it special is that its director Shoojit Sircar waited as many years to tell the story. Vicky Kaushal gets into the shoes of the braveheart, who carried his mission in his heart till he achieved it.

For playing Major Vihaan in Uri, the preparation was more physical for I had to have the body language of an Army officer, but for this role it was more emotional and mental; I had to go deep into the character

“I came to Mumbai to tell this story,” Shoojit shared at the trailer launch on Thursday. He said he patiently waited with a burning desire to tell it, “When I came I knew nobody — no actors or producers, it took this long to put it together,” says Shoojit, who was hugely motivated by Bhagat Singh during his youth. “When I came to Delhi, I got admission at many colleges, but I was so fascinated by Bhagat Singh that I went to Shaheed Bhagat Singh College.”

Research took him to Jallianwala Bagh where he got to know more about Udham Singh, and ever since he had been itching to tell it to the rest of the world. “Sardar Udham to me is a dream come true. It took years of in-depth research to unearth and share with the world the valiant story of a martyr,” Shoojit says. “The true essence of his bravery lives in the hearts of each and every person in Punjab even today. My aim was to make a film that familiarises the viewers with Udham Singh’s valour. It is my ode to his lionhearted spirit, his fearlessness and sacrifice in the fight for the country’s independence,” says the maker of Vicky Donor, Madras Cafe, Piku and October.

The film was shot in 2019 before the pandemic sent cinemas packing and now releases on a major OTT platform, just as cinemas are reopening after almost two years of lull. “Every film has its own destiny. While I haven’t compromised at all with the cinematic quality of the film, it is surely made for cinemas. But now that it’s going on OTT, I don’t have any regrets.”

Actor Vicky Kaushal, who won applause for the film Uri, says playing this role was a huge responsibility, “Just the thought that someone saw and lived with Jallianwala Bagh massacre is unsettling, and to live with it for 21 years is deeply disturbing even to imagine.”

He talks about the line by Sardar Udham Singh — I don’t feel the pain, but I cannot sleep. And, says how he had sleepless nights while portraying this character. “For playing Major Vihaan in Uri, the preparation was more physical for I had to have the body language of an Army officer, but for this role it was more emotional and mental; I had to go deep into the character.”

This is one story that needs to be shared not only in India but also across the world, feels team Sardar Udham.

(The film releases worldwide on Amazon Prime Video on October 16)

Denial of responsibility! TechiLive.in is an automatic aggregator around the global media. All the content are available free on Internet. We have just arranged it in one platform for educational purpose only. In each content, the hyperlink to the primary source is specified. All trademarks belong to their rightful owners, all materials to their authors. If you are the owner of the content and do not want us to publish your materials on our website, please contact us by email – [email protected]. The content will be deleted within 24 hours.
braveheartCastcrewlaunchlifestyle newslifestyle updatenews updatePresenting
Share