Notice: amp_is_available was called incorrectly. `amp_is_available()` (or `amp_is_request()`, formerly `is_amp_endpoint()`) was called too early and so it will not work properly. WordPress is currently doing the `pre_get_posts` hook. Calling this function before the `wp` action means it will not have access to `WP_Query` and the queried object to determine if it is an AMP response, thus neither the `amp_skip_post()` filter nor the AMP enabled toggle will be considered. It appears the theme with slug `publisher` is responsible; please contact the author. Please see Debugging in WordPress for more information. (This message was added in version 2.0.0.) in /home/runcloud/webapps/techilive/wp-includes/functions.php on line 5313
 Atlético looking good; doubts surround Barcelona and Madrid - TechiLive.in 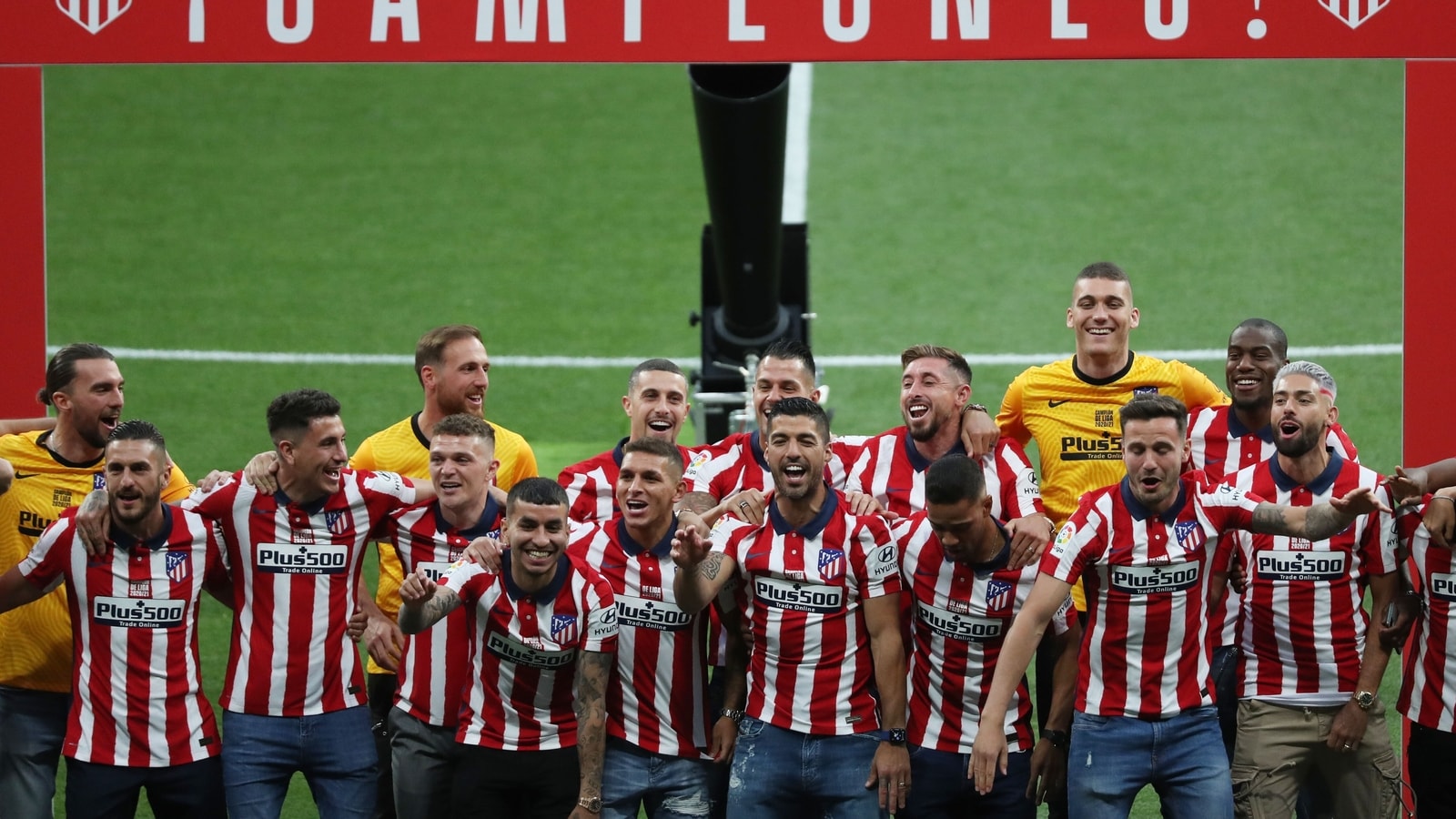 Besides winning the Spanish league title for the first time in seven years, Atlético Madrid also left rivals Real Madrid and Barcelona with plenty of questions to answer.

Atlético, led by striker Luis Suárez and coach Diego Simeone, won its 11th league title and ended another period of domination by Madrid and Barcelona even though both challengers had chances to take the lead in the final weeks of the season. Atlético needed come-from-behind victories in its last two matches to outlast Madrid and win the league trophy for the first time since 2014.

Sevilla also was in the title chase at one point in a season in which it broke the club record for most points ever with 77. Real Sociedad, Real Betis and Villarreal finished the season celebrating European spots. The three relegated teams were Eibar, Huesca and Valladolid.

Here’s how the top teams fared and what’s ahead for them next season:

Atlético’s season culminated with only its third league title in the last 25 years, and there are signs the club will keep challenging Madrid and Barcelona at the top.

The team led the league for most of the season but endured some tense final matches after blowing a big advantage. Atlético was able to clinch the title thanks to two winning goals by Suárez, who was key all season after being let go by Barcelona against his wishes.

Atlético’s setbacks came when it was eliminated by third-division club Cornella in the second round of the Copa del Rey, and when it lost to Chelsea in the round of 16 of the Champions League.

Atlético is the team with fewest doubts going forward as it already went through a revamping process a couple of seasons ago. Simeone is set to return for the final year of his contract and his squad will remain mostly the same, led by Suárez, Koke Resurrección, Jan Oblak, Marcos Llorente and João Félix.

“We have to stay on this same path,” Atlético president Enrique Cerezo said. “Atlético won’t look a lot different next season.”

There’s plenty of uncertainty regarding Barcelona’s future, as it’s still unclear if Lionel Messi will return and if coach Ronald Koeman will remain in charge.

Messi had his request to leave the club denied last season and he has yet to say whether he will return after his contract ends in June.

Koeman has been under fire and could lose his job for how Barcelona finished the season, squandering a few good chances to take the league lead and needing a last-match victory just to finish in third place. Its only title this season came in the Copa del Rey. The team was eliminated by Paris Saint-Germain in the round of 16 of the Champions League.

There have been widespread talks about former player Xavi Hernández taking over for Koeman next season.

The club has been struggling financially because of the coronavirus pandemic and may not be able to boost its squad, although there are rumors about the possible arrival of Memphis Depay.

“We are entering a process of renovation,” he said last week.

There are also doubts surrounding Madrid, which finished without a title for the first time in more than a decade. It ended the league two points behind Atlético while trying to repeat as champion for the first time since 2007-08.

Like Barcelona, Madrid also got off to a slow start and then failed to capitalize on its chances to take the lead. The team was plagued by injuries to key players such as Eden Hazard, Sergio Ramos and Dani Carvajal.

Madrid coach Zinedine Zidane hasn’t said if he’s coming back next season, with Spanish media saying he has already made up his mind about leaving. Ramos may be on his way out as well as contract negotiations with the club reportedly have not advanced. It’s unclear if Gareth Bale will return after his stint on loan with Tottenham.

Fans have been calling for a blockbuster signing to boost the team, but Madrid has also struggled financially because of the pandemic.

Denial of responsibility! TechiLive.in is an automatic aggregator around the global media. All the content are available free on Internet. We have just arranged it in one platform for educational purpose only. In each content, the hyperlink to the primary source is specified. All trademarks belong to their rightful owners, all materials to their authors. If you are the owner of the content and do not want us to publish your materials on our website, please contact us by email – admin@techilive.in. The content will be deleted within 24 hours.
AtleticoBarcelonadoubtsfootball newsgoodMadridnews updateReal Madrid
0
Share