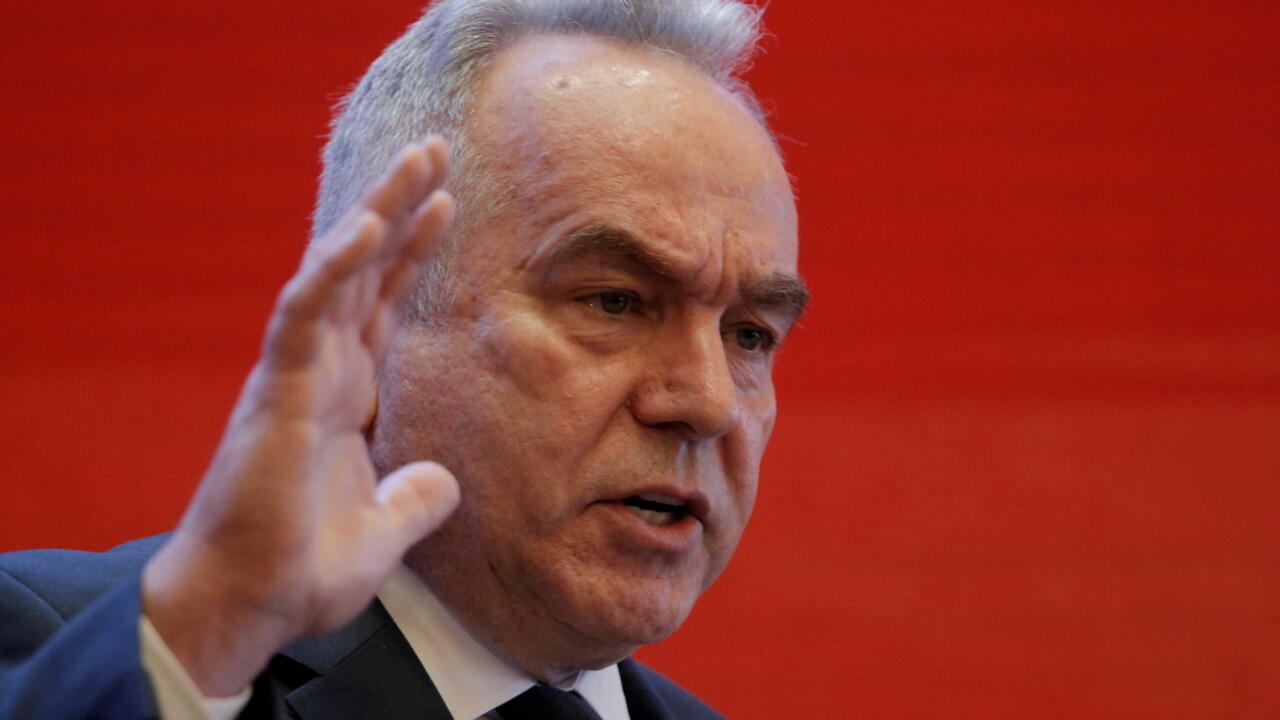 Aukus deal: US accuses China of ‘economic warfare’ against Australia

US President Joe Biden’s top Pacific envoy on Tuesday accused China of trying to “drive Australia to its knees” through a barrage of sanctions that amounted to “economic warfare”.

Painting China as increasingly bellicose and determined to impose its will overseas, Campbell said Beijing had engaged in “really dramatic economic warfare — directed against Australia”.

Over the last two years, China has introduced a raft of punitive sanctions on Australian goods in a fierce political dispute that has frozen ministerial contacts and plunged relations into the most serious crisis since Tiananmen.

“China’s preference would have been to break Australia. To drive Australia to its knees,” said Campbell, who currently serves as the White House Indo-Pacific coordinator.

China has been angered at Australia’s willingness to legislate against overseas influence operations, to bar Huawei from 5G contracts and to call for an independent investigation into the origins of the coronavirus pandemic.

The US envoy said that under President Xi Jinping, China has become “more risk acceptant, more assertive, more determined to basically take steps that other countries would view as coercive”.

The Biden administration has embraced a policy of “strategic competition” with China — acknowledging rivalry between the two powers but maintaining ties so conflicts do not spiral out of hand.

Biden recently shocked many in the region by agreeing to share sensitive nuclear-powered submarine technology with Canberra, allowing Australia to dramatically increase its military deterrence.

Campbell indicated the move — part of a broader three-way AUKUS agreement that includes the United Kingdom — would bind the three allies for generations.

“When we look back on the Biden administration – I believe it will be among the most significant things that we accomplish. And I think in 20 years it will be taken as a given that our sailors sail together, our submarines port in Australia.”

Canberra and London’s economic ties with a rapidly growing China had put the alliance in doubt, Campbell admitted.

“Seven or eight years ago, if you asked the countries that were most likely to realign strategically and kind of rethink its options… near the top of that list would probably be both Great Britain and Australia,” he said.

Campbell also revealed that other Pacific allies would likely take part in cyber or other non-submarine aspects of the AUKUS agreement.

“Many close allies have come to us, in the immediate aftermath and said, can we participate? Can we engage?

“It is to the credit of Australia and Great Britain, that they insisted, yes, this is not a closed architecture.”

Denial of responsibility! TechiLive.in is an automatic aggregator around the global media. All the content are available free on Internet. We have just arranged it in one platform for educational purpose only. In each content, the hyperlink to the primary source is specified. All trademarks belong to their rightful owners, all materials to their authors. If you are the owner of the content and do not want us to publish your materials on our website, please contact us by email – [email protected]. The content will be deleted within 24 hours.
accusesAsia / PacificAukusAustraliaChinadealEconomiceconomy
Share

‘Mafia’ to be launched on December 2

Aparnna Mallik, who was seen in the web series Sitapur?The City of Gangsters, will now appear in South-Indian films. Here?s a candid chat with her…