Notice: amp_is_available was called incorrectly. `amp_is_available()` (or `amp_is_request()`, formerly `is_amp_endpoint()`) was called too early and so it will not work properly. WordPress is currently doing the `pre_get_posts` hook. Calling this function before the `wp` action means it will not have access to `WP_Query` and the queried object to determine if it is an AMP response, thus neither the `amp_skip_post()` filter nor the AMP enabled toggle will be considered. It appears the theme with slug `publisher` is responsible; please contact the author. Please see Debugging in WordPress for more information. (This message was added in version 2.0.0.) in /home/runcloud/webapps/techilive/wp-includes/functions.php on line 5313
 Australia joins exclusive club as growth surpasses pre-pandemic peak - TechiLive.in 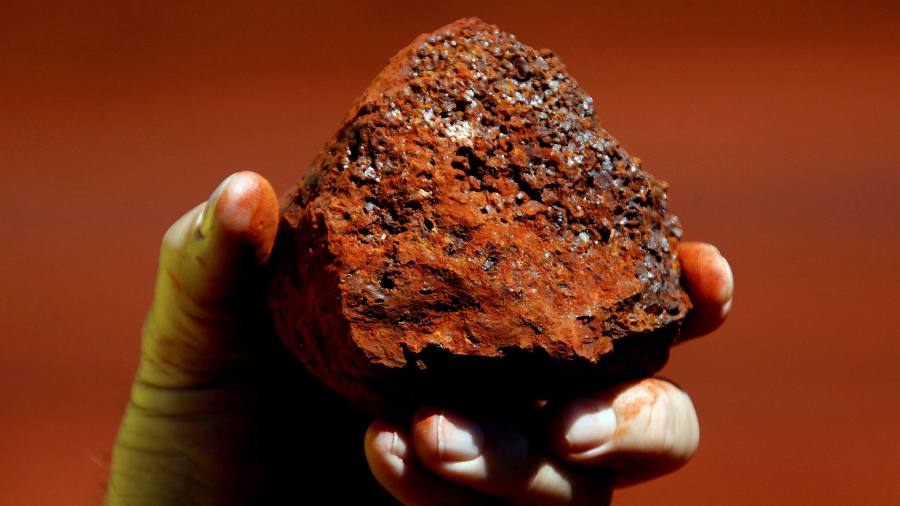 Australia’s economy has recovered fully from its Covid-19 recession, growing 1.8 per cent in the first three months of 2021 compared with the previous quarter thanks to a rebound in business investment and surging iron ore exports.

The better-than-expected growth means the economy is now 0.8 per cent larger than it was before coronavirus was first detected in China in December 2019, elevating Australia into a select group of nations that have grown over the past 15 months.

But economists warned the slow pace of the country’s vaccine rollout and an outbreak of Covid-19 in Melbourne, which has forced a lockdown in the state of Victoria, posed a risk to the recovery and would dampen growth.

“Australia is in rare company here,” said Kristian Kolding, an economist at Deloitte Access Economics. “Only five other countries can boast an economy that’s larger now than before the pandemic. And we achieved that goal while keeping Covid numbers lower than almost anywhere else.”

Business investment was driven by a 11.6 per cent rise in machinery and equipment, the strongest increase since the December quarter in 2009. Housing investment jumped 6.4 per cent compared with the previous quarter.

On an annual basis, gross domestic product increased by 1.1 per cent. The economy grew 3.2 per cent in the December quarter compared with September quarter.

Australia’s recovery has been boosted by surging commodity prices, particularly iron ore, with the terms of trade — a measure of export prices relative to import prices — rising 7.4 per cent in the first quarter. This drove the nation’s current account surplus to a record high of A$18.3bn ($14.2bn) in the March quarter.

Trade tensions with China, sparked by Canberra’s call for an inquiry into the origins of the Covid-19 outbreak in Wuhan, have failed to dampen exports with Beijing unable to source alternative supplies of the steelmaking ingredient.

Only Australia, China, Chile, Romania, South Korea and Lithuania have grown their economies since Covid-19 struck, according to research by Deloitte Access Economics. On average the economies of OECD countries, a group of wealthy nations, were 2.7 per cent smaller than they were before the pandemic, it said.

The virus, however, remains a challenge. On Wednesday, authorities extended a seven-day lockdown of Melbourne to contain a cluster while just 4.4m of the estimated 40m jabs required to cover the nation’s population of 25m people have been administered.

“Countries’ relative economic performance is going to depend more than anything else on the speed with which populations are vaccinated,” said Saul Eslake, a fellow at the University of Tasmania.

“And on that front we are way behind UK, US, Canada and even most of continental Europe. So it is by no means guaranteed that we will remain at the head of the pack.”

Denial of responsibility! TechiLive.in is an automatic aggregator around the global media. All the content are available free on Internet. We have just arranged it in one platform for educational purpose only. In each content, the hyperlink to the primary source is specified. All trademarks belong to their rightful owners, all materials to their authors. If you are the owner of the content and do not want us to publish your materials on our website, please contact us by email – admin@techilive.in. The content will be deleted within 24 hours.
AustraliaClubEducation newsEducation updateexclusivegrowthjoinsnews update
0
Share