Notice: amp_is_available was called incorrectly. `amp_is_available()` (or `amp_is_request()`, formerly `is_amp_endpoint()`) was called too early and so it will not work properly. WordPress is currently doing the `pre_get_posts` hook. Calling this function before the `wp` action means it will not have access to `WP_Query` and the queried object to determine if it is an AMP response, thus neither the `amp_skip_post()` filter nor the AMP enabled toggle will be considered. It appears the theme with slug `publisher` is responsible; please contact the author. Please see Debugging in WordPress for more information. (This message was added in version 2.0.0.) in /home/runcloud/webapps/techilive/wp-includes/functions.php on line 5313
 Australia skipper Tim Paine backs Steve Smith to regain the captaincy - TechiLive.in 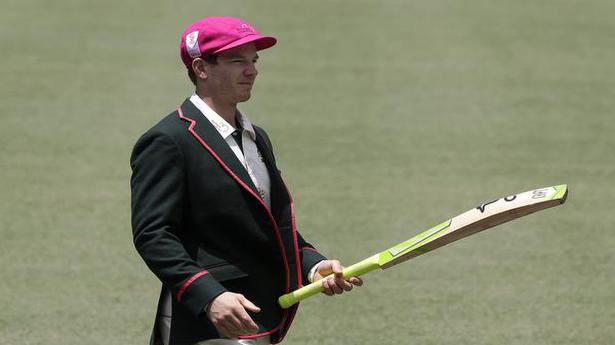 Former players and media pundits have pushed for master batsman Smith to be reinstated.

Australia skipper Tim Paine has thrown his support behind Steve Smith replacing him as captain of the test team when the time comes for a leadership change.

Paine succeeded Smith as captain in 2018 after the batsman was banned from international cricket for 12 months and suspended from leadership roles for two years for his role in the Newlands ball-tampering scandal.

Smith said in March he would gladly take the captaincy back if the chance came, and Paine said he deserved to be considered.

“I think so. Obviously I don’t make that decision but the time I played with Steve as captain he was excellent,” Paine said in comments published by News Corp media on Thursday.

“Certainly tactically he is as good as you get,” he said.

“Then obviously South Africa events happened and he’s not doing it anymore. But, yeah, I would support him getting that job again,” he added.

Former players and media pundits have pushed for master batsman Smith to be reinstated, and called for 36-year-old Paine to step aside after a shock 2-1 loss to a severely depleted India in the home summer.

Paine has no plans to relinquish the captaincy but suggested he might be tempted to bow out of the game if Australia dominate England in the 2021/22 Ashes.

“But it might be a tight series and we might be chasing 300 on the last day and I’m 100 not out and hit the winning runs — and then I might go again,” he said.

Few players have better credentials to succeed Paine than 31-year-old Smith but while his leadership ban expired in March 2020 he has been overlooked repeatedly for such roles.

Fast bowler Pat Cummins is vice-captain of the test side.

Australia selectors chairman Trevor Hohns said in November Smith would probably be a contender to succeed Paine but selectors had not discussed it.

Denial of responsibility! TechiLive.in is an automatic aggregator around the global media. All the content are available free on Internet. We have just arranged it in one platform for educational purpose only. In each content, the hyperlink to the primary source is specified. All trademarks belong to their rightful owners, all materials to their authors. If you are the owner of the content and do not want us to publish your materials on our website, please contact us by email – admin@techilive.in. The content will be deleted within 24 hours.
Australiaaustralian cricket teamBackscaptaincycricketcricket matchlive scoresnews update
0
Share

Redmi Note 10S and Redmi smartwatch to launch in India today at 12pm: How to watch live stream – Times of India