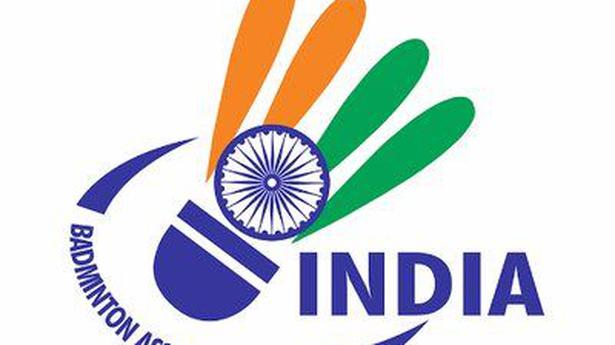 The Badminton Association of India (BAI) is forming a panel to conduct thorough investigation into the recent age-fraud complaints and will impose a ban of minimum two years on the guilty.

Multiple cases of age-fudging emerged during the All India Sub-Junior under-13 ranking tournament (June 19 to 25) in Hyderabad and at the ongoing U-13 event in Mohali, prompting Sandeep Heble, a member of the Age Fraud Committee, to shoot off a letter to BAI, urging it look into the matter.

“It is not an easy decision. We have to be 100% certain before we take any action. We already have an age fraud committee, but now we will form a team, including the State secretaries, so that a proper investigation can be done to gather evidence,” BAI secretary Sanjay Mishra told PTI.

“Once we have concrete evidence, we will make a detailed list of the guilty players and ban them for 2 to 3 years from all domestic events, including district, State, national ranking.”

Aggrieved parents have also approached the organising secretary Tejinder Bedi in Mohali, protesting against the participation of over-age players in the tournament and demanding immediate action.

There were reports that Bedi had decided not to award ranking points in the Mohali tourney.

However, BAI said cancellation of ranking points is federation’s prerogative and it has decided to let the tournament go ahead as per plan but will conduct 2-3 events more to help the affected player make up for the points once the matter is probed properly.

“I understand the grievance of the parents but immediate action can’t be taken. Freezing ranking points of the tournaments won’t help and Bedi doesn’t have the power to do that. Ranking point stays as we don’t want the genuine players to suffer,” Mishra said.

“We have time for around two months after this event. I have asked the chief referee to make a list of all players of questionable age. After investigation, if we find that lot of players were over-aged, then we will conduct 2 to 3 additional ranking tournaments so that the genuine kids can get a chance to gather ranking points.”

“See age fudging is a complicated issue and unfortunately, we can just minimise it but we can’t completely eradicate it because no age-verification test or doctor can say with 100% accuracy, the exact age of the players,” Mishra said.

“So we can’t ban a kid for all age groups, because the kid doesn’t even know what is happening. In most cases, it is the parents and coaches who are guilty. So we can’t hand such a huge punishment to a kid. If you ban him for five years, that will ruin his career.”

Age-fudging has been an issue for many years now. In most cases, unscrupulous parents and coaches are complicit in producing fabricated documents like falsification of birth certificates, school certificates, passports, or even Aadhaar cards to get an undue advantage in age category events.

In 2014, BAI banned five junior players after they misrepresented their birth dates during the nationals.

Two years later, the issue again reared its ugly head when the Sports Integrity Unit of the CBI submitted a report to the BAI saying that four junior players had altered their age records.

In December 2018, it got even further aggravated when a group of 37 parents of budding shuttlers moved to the Karnataka High Court, asking for a directive to BAI to implement a policy for detecting and eliminating age fraud from the sport.

The national body had deactivated the IDs of players who were found carrying two different birth certificates and asked them to undergo a medical examination and submit the reports.

“BAI had deactivated around 6,300 IDs in 2018 by BAI as there were cases of late registration,” Mishra said.

“It will take the involvement of all in the system whether it is the state level or district level to address this issue. All have to will have to get involved to properly investigate it to curb it,” he signed off.

Denial of responsibility! TechiLive.in is an automatic aggregator around the global media. All the content are available free on Internet. We have just arranged it in one platform for educational purpose only. In each content, the hyperlink to the primary source is specified. All trademarks belong to their rightful owners, all materials to their authors. If you are the owner of the content and do not want us to publish your materials on our website, please contact us by email – [email protected]. The content will be deleted within 24 hours.
age fraudAge FudgingagefraudBadmintonBadminton Association Of IndiaBAIbancomplaints
Share

Sega Mega Drive Mini 2 is getting a European release, and…