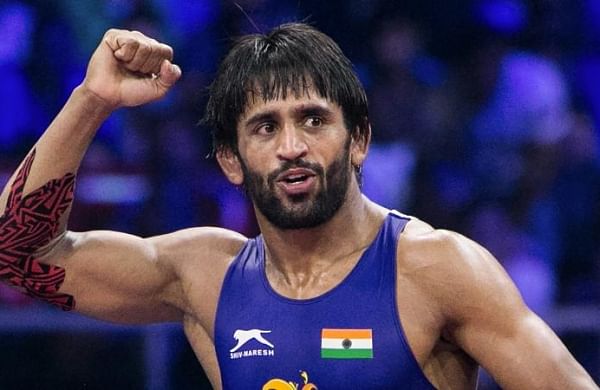 NEW DELHI: Star Indian wrestler Bajrang Punia on Monday said he may seek re-trials in his category close to the World Championship if he recovers from his injury and also revealed that he had hurt not only his knee but also pulled his hamstring before the Tokyo Olympics.

Bajrang returned with a bronze medal from Tokyo after going all out in the third-fourth place play-off against Kazakhstan’s Daulet Niyazbekov, taking the mat for that bout without taping his knee.

“Fifteen days after I suffered that knee injury, I had pulled my left hamstring also but I did not want to cause a panic, so kept quiet and decided to fight with the injury,” said Bajrang, who competes in the men’s freestyle 65kg category, revealing a second injury he carried into the Games.

“My rehabilitation process is on right track and it looks like I may gain fitness before the World Championship. If that happens, I will request the federation to allow me to appear in re-trials in my category,” he said.

The Wrestling Federation of India (WFI) is conducting trials for the World Championship on Tuesday.

Bajrang had recently said that he will not compete in the trials because the doctors have advised him of a six-week rehabilitation after scans revealed a ligament tear in his right knee.

Bajrang said he is keen to compete at the World Championships, set to be held in Oslo, Norway from October 2-10.

He already has three world medals, including a silver and two bronze.

He recently underwent an MRI scan to know the extent of the injury he suffered in Russia in June before the Olympics.

Talking about his injury, Bajrang said the doctors had told him about the risks involved in taking the mat but he had no option but to give his all.

“I had suffered a tear which was between grade 2 and 3 and all the doctors said taking the mat would be risky and it may get to a point where I might need surgery but I had to fight,” he said.

Denial of responsibility! TechiLive.in is an automatic aggregator around the global media. All the content are available free on Internet. We have just arranged it in one platform for educational purpose only. In each content, the hyperlink to the primary source is specified. All trademarks belong to their rightful owners, all materials to their authors. If you are the owner of the content and do not want us to publish your materials on our website, please contact us by email – [email protected]. The content will be deleted within 24 hours.
BajrangBajrang PuniacarriedCloseinjuriesnews updateOlympicsOslo
Share

How to insert an image in a Gmail signature