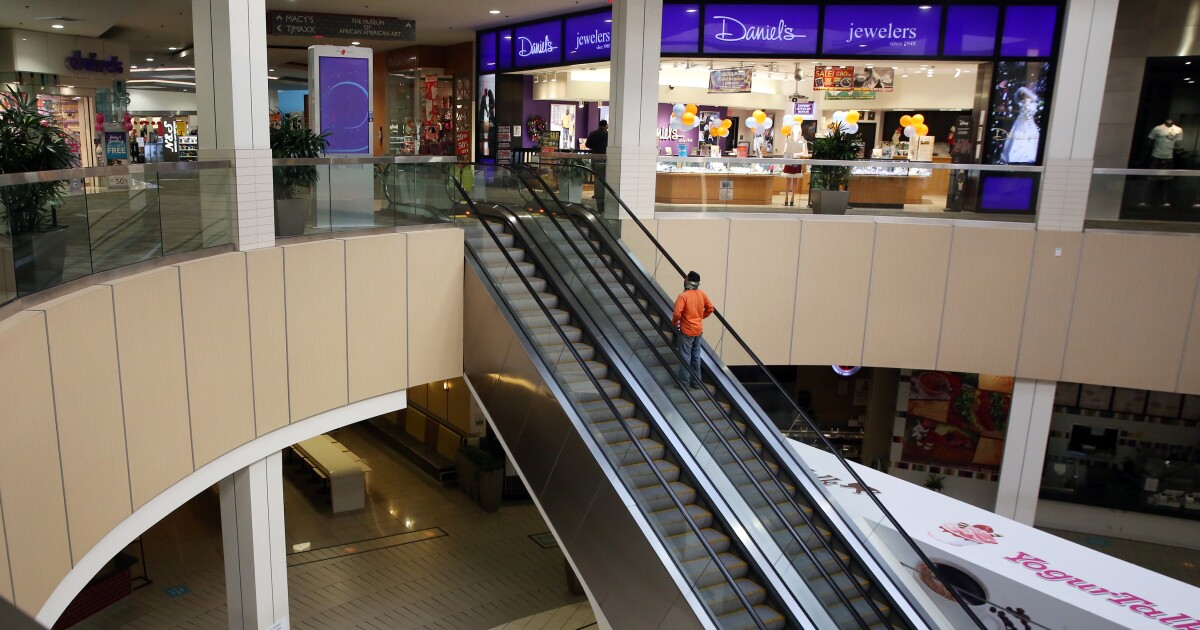 Baldwin Hills Crenshaw Plaza, a regional mall that has served the South Los Angeles community for many decades, has been sold to a local developer who plans to transform the struggling center into a more modern complex with housing, offices, stores and restaurants.

The deal, valued at more than $140 million, ended a contentious sale process that lasted nearly two years and saw other would-be buyers drop out in the face of pressure from a group of neighborhood activists who hoped to acquire the property themselves and develop it as a community-owned project.

Harridge Development Group bought the mall from a Chicago private equity fund for about $111 million, said David Schwartzman, chief executive of Harridge. His company also bought the Macy’s department store building in the mall in a separate transaction of more than $30 million with Macy’s Inc., he said, giving Harridge control of almost the entire 42-acre site that straddles Martin Luther King Jr. Boulevard at Crenshaw Boulevard.

Schwarzman said he plans to start building housing on a parking lot near an Albertsons grocery store within a year and a half and move on to other additions and improvements while keeping the mall operating. The entire project will cost about $1 billion including the purchase price, he said, and could take as long as seven years.

“It’s an iconic piece of property with a tremendous amount of cultural significance,” he said. “The area is going through a huge revitalization and we think this is an amazing opportunity to do a mix of housing, retail and office all in one location.”

Contributing to revitalization in the area is a light-rail line under construction that will connect the Crenshaw neighborhood to the region’s Metro train system by next year and include an underground stop at the mall.

Baldwin Hills Crenshaw Plaza traces its roots to 1947 with the opening of two department stores, complemented by shops and restaurants. In the 1980s, Mayor Tom Bradley wanted to see a major shopping center in the neighborhood and encouraged linking the stores to create an indoor mall that was completed in 1988.

Previous owners finished a $35-million upgrade in 2012 that included a new food court, 15-screen theater complex and other improvements in an effort to pump more life into the mall.

Indoor malls have often struggled in recent years as their department store anchors fell out of favor with many shoppers who increasingly bought products online or went to outdoor “lifestyle” centers that mixed food and entertainment with shopping. The pandemic proved to be another blow for Baldwin Hills Crenshaw Plaza as wary shoppers stayed home.

The mall lost Walmart, one of its main drivers of foot traffic, in 2016 as part of the company’s global downsizing. Three years later, Sears closed. Macy’s will stay on as a tenant for the time being, Schwartzman said, but “I think eventually they are going to leave.”

Schwartzman plans to convert the department stores to other uses such as a vocational school or offices, as is being done in other locations such as the Westside Pavilion in Los Angeles, where the indoor mall and a former Macy’s building are being turned into offices for firms in creative fields such as Google. San Fernando Valley stalwart Sherman Oaks Galleria has been a mix of offices and retail for nearly two decades.

“We feel these are very interesting adaptive reuse opportunities,” Schwartzman said of the department stores. “They’re amazing locations for that.”

Harridge‘s makeover could create a new model for the mall, in which small shops and restaurants get support from residents and office workers instead of department stores.

“We think retail trends are shifting and the mall can be more local in the future,” he said, “with small business starting out, and food experiences” that make it a more inviting place to spend time.

The mall site received city approvals in 2018 for an additional net 2 million square feet of new development including apartments, condominiums, a 400-room hotel, new office space and additional stores, which increased its desirability to developers.

Harridge will build the approved 961 housing units with a mix of condominiums and apartments. Schwartzman said 10% of the condos will be sold at below-market rates as “workforce” housing for people with middle-income jobs such as teaching and nursing who wouldn’t otherwise be able to buy a place in the area. Apartments will also have subsidized units, with 5% rented to tenants who qualify as low-income and another 5% for very-low-income tenants.

Harridge was among multiple bidders for the mall, including one who hoped to create a movie studio on the site.

In 2020, Los Angeles developer CIM Group announced that it had agreed to buy the property, but it soon faced opposition from a group of neighborhood activists who feared CIM’s office-centric plans would bring unwelcome gentrification to the neighborhood. Downtown Crenshaw wanted the mall to be sold to a community coalition that raised money to enter the bidding while activists pressured CIM and the sellers to back out of the deal in escrow, which CIM did.

The sellers next selected New York real estate companies Livwrk and DFH Partners to buy the mall, but they also backed out while facing opposition from activists whose pressure tactics included demonstrating in Livwrk founder Asher Abehsera’s Los Angeles neighborhood and launching a campaign to tie him with Donald Trump’s son-in-law, Jared Kushner.

Schwartzman was attacked by opponents of the sale as a “racist gentrifier” and his financial partner Leonard Blavatnik, who owns Warner Music Group, was labeled “a crony of Putin.”

After the sale closed, Schwartzman called such personal denunciations untrue and “a lot of noise” that he wants to put in the past.

“There have been so many false starts in this area, we just want to come in and deliver something that the neighborhood and the city of Los Angeles are proud of and happy to visit,” he said.

Schwartzman said he met with homeowners and community groups including Downtown Crenshaw leadership and concluded that most people would like to see a project that “revitalizes the mall, preserves retail, creates housing and creates jobs.”

The mall has taken a financial hit from COVID-19 and needs help, said Brenda Ashby, a representative of the Crenshaw Manor Community Assn. homeowners’ group.

“We are very happy to see the sale close because it would be an economic come-up for us to get businesses back open, people back to work,” she said. “We are looking forward to all of that.”

Neighborhood homeowner activist John Gonzales said Harridge appears to have the resources and track record to take on a project of such a large scope.

“As we have watched the mall continue to decay, we feel like it’s in serious danger of closing,” Gonzales said. ”We want somebody in there who can stop the bleeding.”

Schwartzman noted that he has built 6,000 homes in the last 25 years, including residences at Grace Park in Inglewood and Ponte Vista in San Pedro.

Harridge is also set to develop the Crossroads Hollywood mixed-use project with 950 apartments, retail space and a hotel that opponents fought as unwelcome gentrification that would displace working families. The city approved the project in 2019 and work is set to begin on it next year.

For work at Baldwin Hills Crenshaw Plaza, Schwartzman said he would follow an existing development agreement for the site that includes using union construction labor, contracting with minority- and female-owned businesses and hiring workers from the nearby community.

Denial of responsibility! TechiLive.in is an automatic aggregator around the global media. All the content are available free on Internet. We have just arranged it in one platform for educational purpose only. In each content, the hyperlink to the primary source is specified. All trademarks belong to their rightful owners, all materials to their authors. If you are the owner of the content and do not want us to publish your materials on our website, please contact us by email – [email protected]. The content will be deleted within 24 hours.
BaldwinCenterCrenshawEducation newsEducation updatehillsModernizenews update
Share